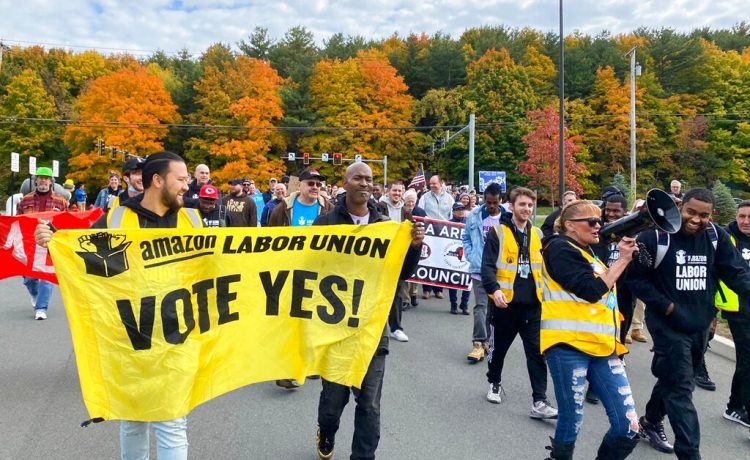 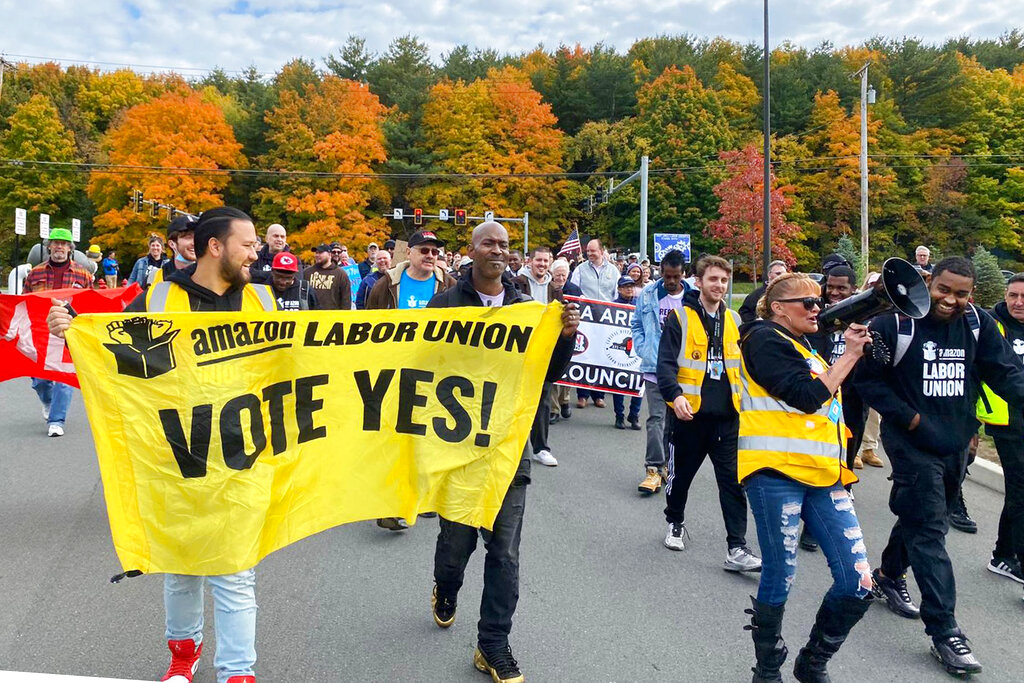 NEW YORK — Amazon workers in upstate New York overwhelmingly rejected a union bid, handing a second defeat to the labor group that’s been attempting to drag the company to the negotiating table since its historic win earlier this year.

This time around, warehouse workers near Albany cast 406 votes — or about 66% — against the Amazon Labor Union, giving the company enough support to push back the fledgling group composed of former and current Amazon workers.

According to the National Labor Relations Board, 206 workers — or 33.6% — voted in favor of joining the union. The agency said 918 employees were eligible to vote, and the 31 ballots that were challenged by either Amazon or the union were not enough to sway the outcome.

The facility is located in the town of Schodack, near one of the most unionized metro areas in the country, according to Unionstats.com. It’s what’s known as a non-sort center, a warehouse where employees pack more bulky items such as rugs, patio furniture or outdoor equipment.

Experts had noted a win there would have given the union more leverage in its quest to negotiate a contract with Amazon and a chance to demonstrate its prior win at a facility on Staten Island, New York wasn’t a one-off. For now, those hopes seem to be dashed.

This was the fourth union election at an Amazon warehouse this year, and the third one led by the Amazon Labor Union. Following their unexpected win in April in Staten Island, the group was stung by a loss shortly thereafter at another, smaller facility nearby. A union election in Alabama, led by the Retail, Wholesale and Department Store Union at a warehouse in Bessemer, Alabama, remains too close to call.

Many believed organizing the second Staten Island facility would be more challenging due to the larger share of part-time workers, who might have other sources of income and less of a connection with their co-workers.  The union had less time to convince workers. And Chris Smalls, the fired Amazon worker who leads the union, and other organizers were also more distracted with media appearances and defending their historic win.

Amazon has been trying to undo the ALU’s lone victory, filing more than two dozen objections to the election and seeking a redo vote. Last month, a federal labor official concluded the union should be certified as a bargaining representative for the warehouse.

Amazon, which hasn’t recognized the union, said it intends to appeal the decision and CEO Andy Jassy has also signaled the company could take the case to federal court.