Todays Though > News > Amid trade rumors, Tyler Herro says season preparations under way, ‘Whether I’m on the Heat or somewhere else’ – Boston Herald
News

Amid trade rumors, Tyler Herro says season preparations under way, ‘Whether I’m on the Heat or somewhere else’ – Boston Herald 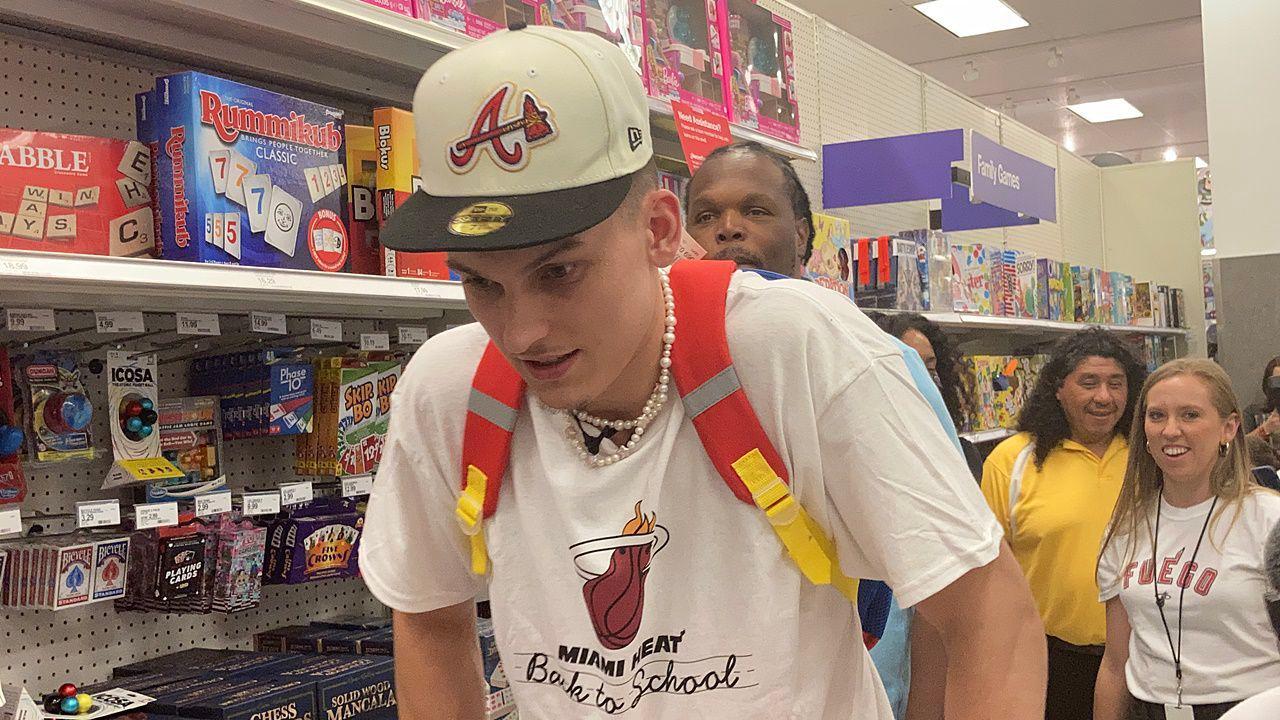 Another offseason, another summer of trade rumors.

That had Tyler Herro offering a resigned smile Tuesday at a Miami Heat back-to-school event at Target at Dadeland Station.

“I mean, every summer, that’s just what it is,” Herro said after helping a group of youths fill their back-to-school carts. “I mean, ever since I’ve been here, my name’s been in rumors.

The difference this time around is the rumors have come out of a position of value, with league front offices trying to come up with the best possible packages for the likes of Kevin Durant, Donovan Mitchell and others who have taken prominent positions in the rumor mill.

“As you get older and more years in the league,” said Herro, who was named last season’s NBA Sixth Man of the Year, “you realize this is what comes with the business. You could be in one city one day, the next city the next day.

“But at the end of the day, it’s about me and getting better every single day in the summer. Like I said, what team I’m on, I’m ready to play.”

This summer there also is a timing element also in play, with the streak-scoring guard eligible for a rookie-scale extension until the Oct. 19 regular-season opener.

Already locked into a $5.7 million contract for the coming season, Herro is eligible for an extension well in excess of $100 million, one that would begin in 2023-24.

However, once Herro signs an extension, he effectively becomes untradable until next summer due to a “poison pill” that would come with an extension.

“I mean, I know as much as you know,” he said of extension negotiations. “I’m just waiting on my turn, and we’ll see what happens. There’s a deadline, but I’m going to let my agent take care of that and see what happens.”

Should he remain with the Heat — with or without an extension — the question would become whether he can break into the starting lineup after three seasons mostly as a reserve.

Herro ended last season publicly stating a desire to move into the first five. Against that backdrop, Heat president Pat Riley said Herro would have to earn his way in.

“Just trying to add more weight again,” Herro said Tuesday of his offseason goals. “Get stronger, get better on defense and continue to do what I do on offense.”

While Herro visited with Heat coach Erik Spoelstra and others from the team last month at the NBA Las Vegas Summer League, he had not previously addressed his contract, roster or rotation situation with the media since the end of last season.

Beyond losing starting power forward P.J. Tucker in NBA free agency to the Philadelphia 76ers, the Heat return a roster almost totally intact to one that closed within one victory of last season’s NBA Finals.

Still, skeptics apparently remain, with the Heat bypassed for a Christmas game on the 2022-23 regular-season schedule, which will be announced Wednesday.

“We just got to continue to do us. We’re pretty much bringing everyone back, so we’re not too worried. Everybody on the team has to get better and we all have to make improvements.”

At Tuesday’s event, the Heat and the T. Herro Foundation treated nine Heat Academy students to a back-to-school shopping spree. Each child, personally escorted by Herro, was provided with a $500 gift card from Papa Johns Pizza to shop the store for school supplies.

“It’s truly amazing just to see all these kids, these families have smiles on their faces,” Herro said of hosting. “We did this event every year. Back to school, just want to be able to give back.”