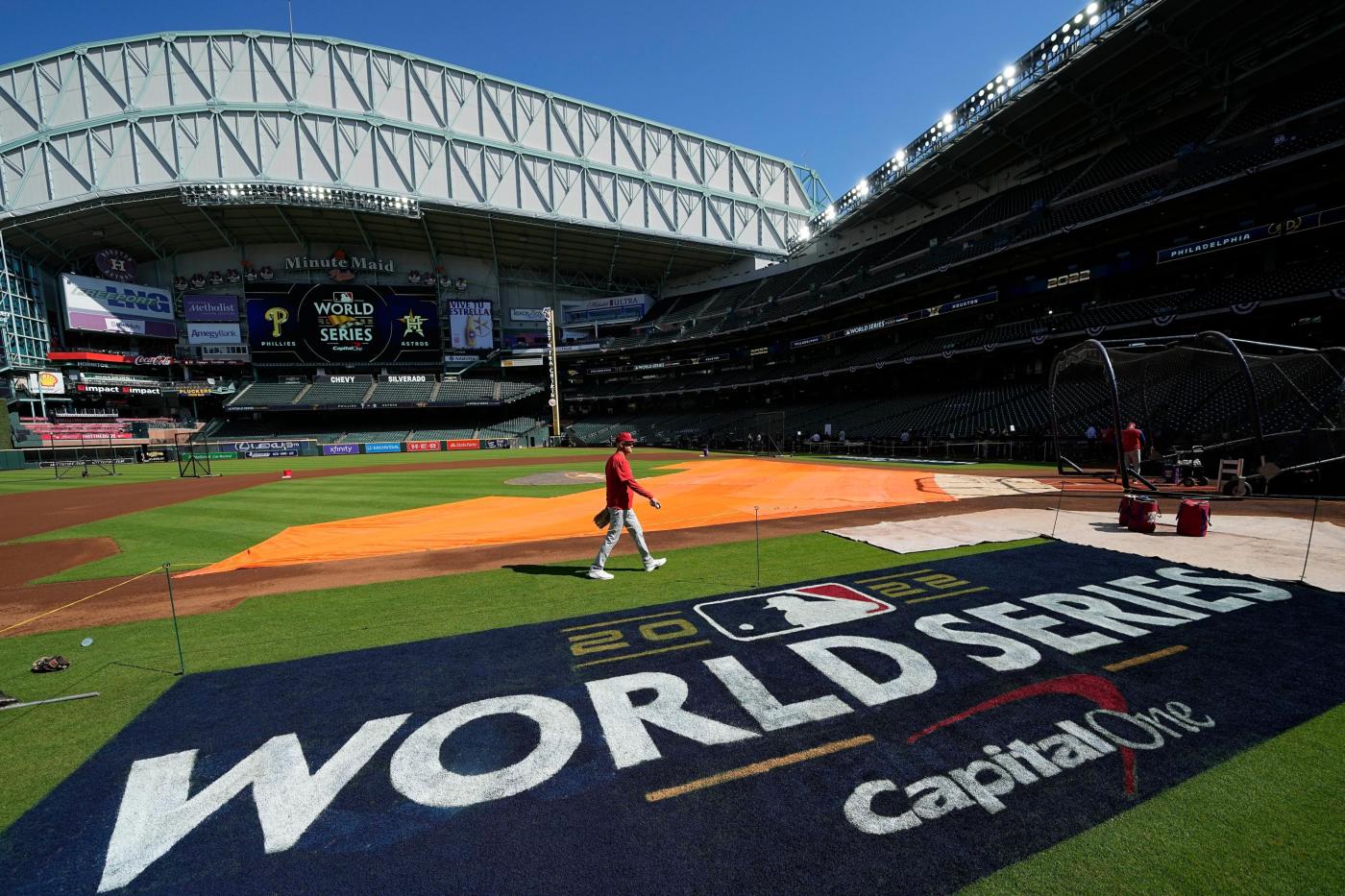 Nobody will feel bad for New York baseball fans, ever.

Fans of the Yankees get to cheer for the most successful, most recognizable team in North American sports. Mets fans (for most of the season, anyway) traded in their usual brand of Eeyore syndrome to back a 101-win team. They now also have an obscenely wealthy man calling the shots for their favorite team, who finally opened the pocketbook in a way that’s geared toward sensible, sustained winning.

But for the upcoming Astros-Phillies World Series, both fan bases will enter a unique brand of sports hell. The Astros have knocked the Yankees out of the playoffs four times since 2015 and, from a wider lens, are the most despised team in the league. A messy cheating scandal and a front office full of slimy characters from past and present will do that.

Specifically on the Yankees’ side of town, the Astros are a sobering reminder of how things used to be. The Astros are to the late-2010s and early-2020s what the Yankees were to the late-1990s and early-2000s. In their last five full seasons, the Astros have gone 512-298 (.632 winning percentage) and averaged 102 wins per year. During the Yankees’ peak from 1996-2000, they could only manage a 487-322 record (.602 winning percentage) and an average of 97 wins in the regular season, though the four World Series banners are a trump card over this current Houston regime.

That golden era for the Yankees both feels relatively recent and ever-so-far away with each season that ends without a shiny new ring. The main reason that the championship drought has reached its teenage years is these Astros, whose shrewd external additions paired with stunningly consistent player development resembles those Jeter-Clemens-Rivera teams of yore.

Forcing Yankee fans to watch the Astros make another run is a bit like exposure therapy. From the safe environment of their homes — rather than the seats some procured at Yankee Stadium for Game 4 of the ALCS for as little as $20 — the fans can overcome their anger or sadness by watching a team that they hope the Yankees can become. Results may vary, and will certainly cause even more anger among the more irritable fans, but oftentimes the best way to get over something is to go through it. Choosing to ignore the Astros altogether might just make seeing them pop again like Michael Myers again next October even more difficult.

The Phillies, meanwhile, are the team that perhaps inspires the most vitriol from Mets’ supporters. Sure, the Braves have been the most annoying NL East team for the Mets to deal with recently, but the games against the Phillies are personal. Both franchises and their respective fan bases fancy themselves as a blue collar, for-the-people representation of their northeastern cities. Both have carried an ingrained inferiority complex for years: the Mets’ from sharing a stage with the ubiquitous Yankees, the Phillies’ from going playoff-less from 2012-2021 and falling off the national radar.

But now, the Phillies are back to the promised land, joining the Astros in a place they’ve had membership for the last six years. Two prominent members of this Phillies team will also be walking reminders of what could have been for the Mets. Former Met prodigies Zack Wheeler and Noah Syndergaard both ended up in Philadelphia, Wheeler by choice and Syndergaard by trade, and seem genuinely happy with their old team’s rival. Mets fans not only have to deal with that, and the fact that their red and white enemies are four wins from a championship, they also got there after winning just 87 regular season games, going 5-14 against the Mets and being the last team to qualify for the postseason. This is a team who had a lot of obvious problems but seemingly banished them just in time to remember how good they can be and how fun baseball is when everything is clicking.

In a lot of ways, these Phillies had a more Mets-like season than the actual Mets. The 2022 Phils displayed a level of dysfunction that got their manager fired in-season, had a player challenge a reporter for a “stupid question,” dealt with several bouts of terrifying relief pitching and lost their best player to injury for a large chunk of the summer. Despite all that, and stumbling into the tournament with seven wins in their final 20 regular season games, the Phillies are not only a great story, they’re a very likable group that conjures memories of the 2004 “idiot” Red Sox.

But let’s be honest. Like with those ‘04 Red Sox in their World Series, nobody from the five boroughs is going to root for a Philadelphia sports team. That leaves the Astros — a team that very few people outside their local market have been able to stomach since the great sign-stealing fiasco — as the hard-to-love alternative.

It’s a true conundrum for Big Apple sports fans, who hopefully have been able to enjoy at least one of the Giants’ or Jets’ renaissances.