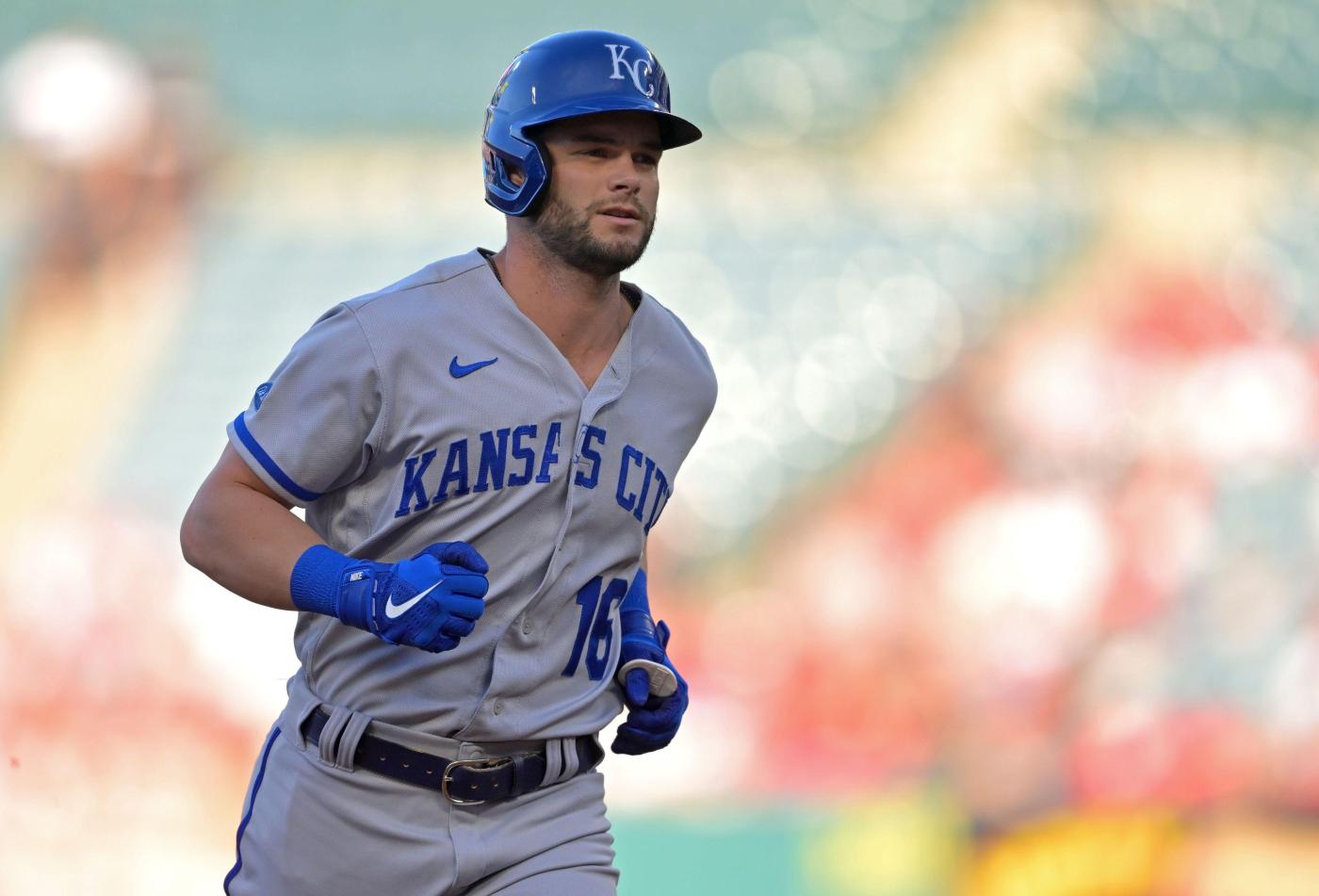 BOSTON —  The Yankees have had “on-going,” talks with the Royals about Andrew Benintendi over the last few weeks, a team source said, confirming a report Sunday. The Royals are looking to flip the likely All-Star outfielder for prospects to help their rebuild and have had scouts on every level of the Yankees system since the beginning of the season looking for possible fits.

The New York Post first reported the talks between the teams.

Looking for an upgrade in the outfield over a struggling Joey Gallo or Aaron Hicks, who has started to break out over the last month, the Yankees have also been looking at the Pirates Brian Reynolds, but some in the Yankees organization feel strongly that Pittsburgh will ultimately hold on to him to rebuild around.

The thought in the industry is that the Royals are also coming in high on their asks for Benintendi, looking for a top prospect, and may not find a trade partner before the deadline. The Yankees certainly have those with Anthony Volpe, Oswald Peraza, Jasson Dominguez, Austin Wells and Ken Waldichuk topping their prospect lists.

But the Royals spent weeks scouring the Yankees system in the spring and early months of the season and some in their organization think there are plenty of other prospects to try and work a deal with.  Even in the lowest level Florida Complex League, the source said there are “lots of players to consider,” in a possible deal. It is worth remembering that the Royals did express interest in Miguel Andujar back in the 2019 Winter Meetings.

The Yankees are certainly in the driver’s seat as they approach the trade deadline on Aug. 2. With the best record in baseball and an incredible 15-game lead in the tough American League East, they have to go into this looking for what they think can help them in possible playoff clashes.

On Thursday, Brian Cashman said they were assessing their needs.

“Our staff is hard working at trying to constantly assess  if there’s any opportunities both from within or outside imports, that potentially would impact us in a positive way. So we have until the beginning of  August to do so. I’ve had many conversations with my opposing general managers, and  we’ll see if it takes us anywhere, but  we’re certainly  really happy with the team,” Cashman said. “And where they’re at and how they’re going about their business. But we also know there’s always unfinished business if there’s opportunities to,add, improve and give (manager) Aaron Boone and his staff a better chance to compete, obviously, especially when it counts the most, which is if we qualify for (the playoffs) in October.

“So that’s obviously the discussion we’re going to continue to have, Cashman said. “And if we get anything, everything I get as opportunities presented or opportunities I present, I will run it by the boss (Hal Steinbrenner) and he’ll give a final say on what we should do.”

The Yankees have also expressed interest to other teams in moving Gallo, who they acquired from the Rangers at last year’s trade deadline, according to an American League executive. The lefty-hitting outfielder has struggled to adjust to playing for the Yankees, to say the least. In 128 games, Gallo is slashing .163/.295/.372 with a .666 OPS, 23 home runs, 43 RBI and 72 walks. He has struck out 180 times in 393 at-bats.

Benintendi would be a natural fit.. The 28-year-old is slashing .317/.387/.402 with a .789 OPS. A free agent after the season, Benintendi played five years in  Boston, including winning a World Series in 2018 with them, so it would not be as much of an adjustment to the Bronx.

The Yankees have proven to be a fairly complete team, so they are dealing from a position of strength, but there are things that could be a concern down the stretch.

Though their rotation has been unbelievable to start the season, there are some concerns about the end of the season with their pitching. Nestor Cortes, who has pitched 93 innings in his longest season in the big leagues, now has already thrown  89 innings before the All-Star break and he has struggled over his last six starts. While Luis Severino looks as good as he did in 2018, the Yankees are very aware he has only thrown 27.2 innings over the previous three seasons because of injuries that included having Tommy John surgery.

The Yankees have depth with Clarke Schmidt, JP Sears and even Domingo German, who could come back from the injured list before the All-Star break, so pitching isn’t high on their list of needs. But as Cashman is very fond of saying “you can never have enough pitching.”