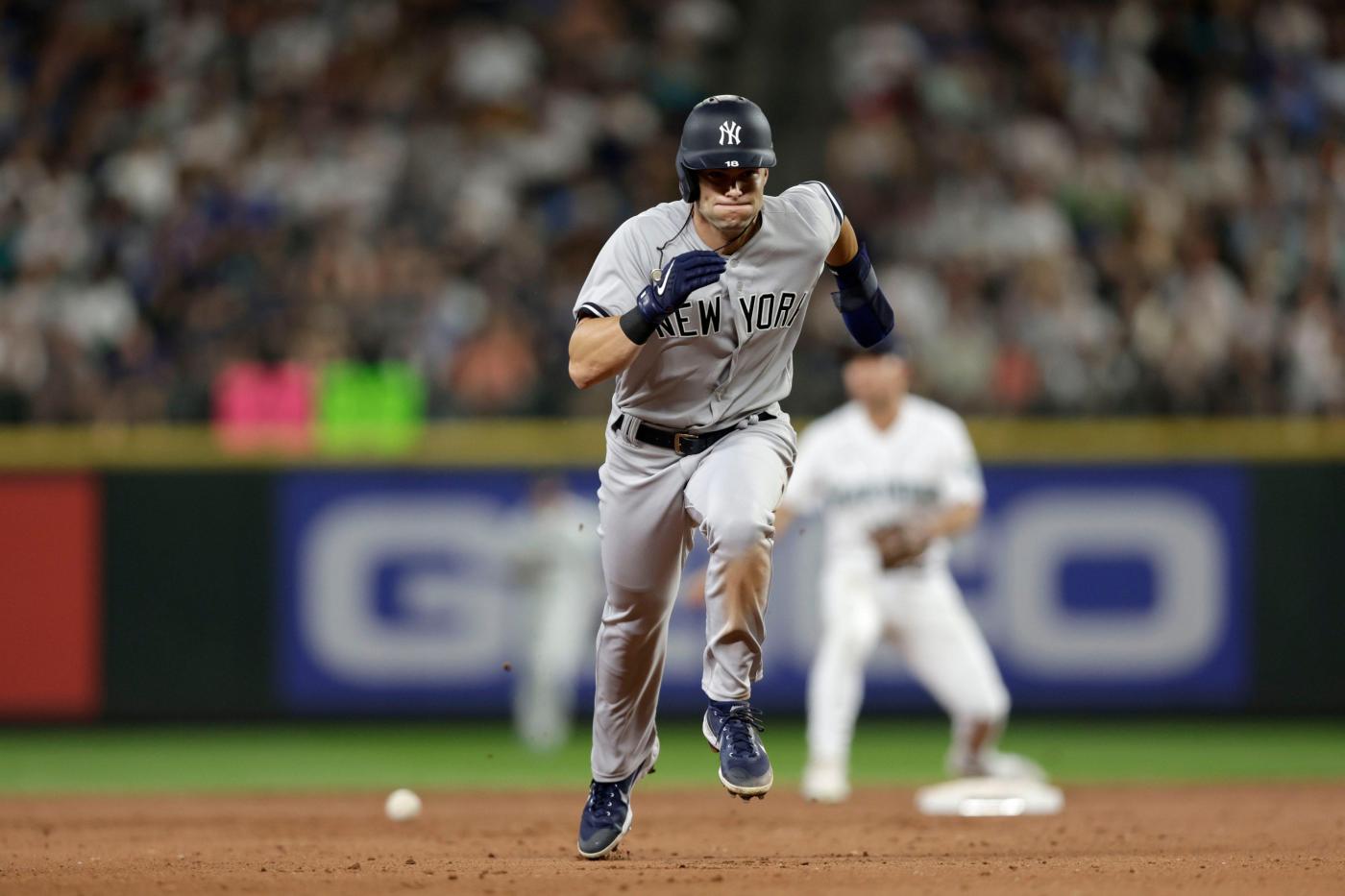 SEATTLE — Andrew Benintendi has seen it from the other side. The Yankees’ new outfielder was on the field at Yankee Stadium celebrating clinching the American League East — and the AL Division Series — in 2018 with the Red Sox. Friday, however, will be the first time he heads back into Fenway Park to face his old team.

He remembers the feeling of seeing the Yankees across the field in those days.

“Obviously, the series are intense. And the fans are really into it. As are we,” Benintendi said. “For me, I think, it’ll be the same as it was — intense. But I’ll just be on the other side.”

Benintendi is heading back to Fenway for the first time since he was traded in a three-team deal from the Red Sox to the Royals in February 2021. Last season, Benintendi was injured when Kansas City went to Boston, so it will be his first time back.

Benintendi is going back feeling like he is a little more on stable ground after a wild two weeks. After going 1-for-20 in his first seven games with the Yankees, Benintendi is settling into the All-Star form that had the Bombers eager to acquire him. Over his last five games, Benintendi is slashing .316/.350/.536 with an .870 OPS. He’s played a very good defensive left field all along.

“I think I’m just settling down more and I get to know the guys better and obviously playing better helps out with all that too,” Benintendi said. “So, yeah, first week just  flew by and glad to be settled in now and just put it back together.”

It was a whirlwind for Benintendi.

On July 27, he flew to New York City with the Royals, ready to play a four-game series against the Yankees. He was in his hotel room when Royals manager Mike Matheny knocked on his door and told him he had been traded to the Bombers. He spent the rest of the night hanging out with some Royals teammates and in the morning showed up at the Stadium to try and beat them.

“It was different,” Benintendi said. “I kind of had a feeling that was my last flight with [the Royals], because the [trade] deadline was coming up and my name had been mentioned a lot.

“But I had no idea, I would end up staying in New York and playing for the Yankees.”

The 28-year-old Benintendi was hitting .320/.387/.398 with three home runs with the Royals at the time of the trade. The left-handed hitter made his first All-Star Game appearance this season and is scheduled to become a free agent after the season. A 2021 Gold Glove winner was a solid upgrade over Joey Gallo, who the Yankees desperately needed to replace.

Part of the Yankees’ decision to bring Benintendi in was having watched him when he was with the Red Sox. After Gallo wilted under the bright lights in New York, the Bombers needed to make sure they had a player who could handle the pressure.

Benintendi has played under the harsh lights in Boston and been successful.

He made the postseason three times with the Red Sox, including winning a World Series. He has hit .272/.322/.407 with two home runs and nine RBI in 21 career postseason games. In 2018, he started 13 of 14 playoff games for the Red Sox during their World Series run.

That run began with the division series win over the Yankees, where they celebrated on the field in the Bronx.

“We had some good teams,” Benintendi said of his five years with the Red Sox. “I remember the rivalry [with the Yankees] as intense and both teams being neck-and-neck in the standings, so it was fun. I am looking forward to it.”