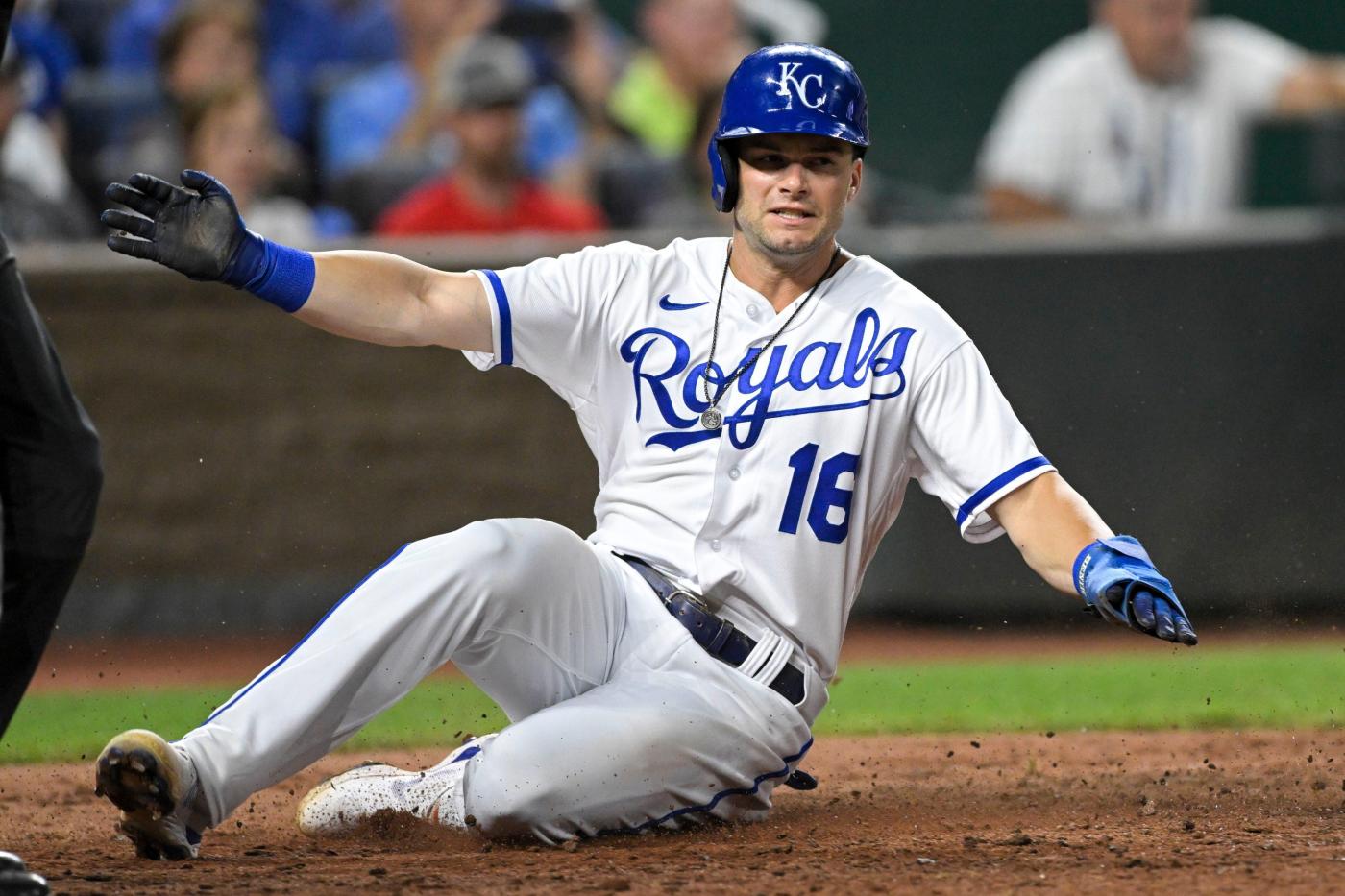 Andrew Benintendi landed in New York Wednesday afternoon as the Royals’ All-Star. He ended the night playing cards and reminiscing with Royals teammates after getting news he’d be playing on the other side Thursday night.

“It’s definitely a weird situation, obviously lacing them up with them yesterday and now I am going against them today,” Benintendi said before Thursday night’s series opener against the Royals at Yankee Stadium. “But yeah, that flight was, I mean, we all knew something was probably going to happen. So when I found out last night I got to hang out in the room with a couple guys and say see you tomorrow kind of deal but it’s exciting. And I’m looking forward to these next four games.” Benintendi said shortly after he arrived at the Royals hotel Wednesday night, Royals manager Mike Matheny knocked on the door and gave him the news he had been traded to the Yankees. Benintendi stayed in his room at the Royals hotel Wednesday night, but said he’s not sure where he’ll be after this.

“I am getting a lot of information, just trying to process it,” Benintendi said.

He wasn’t entirely caught off guard.

“I figured yesterday was potentially obviously the last game in Kansas City because we’re on the road till after the deadline. But I tried not to treat it as if it was our last flight together or something like that.

“I am obviously gonna stay in contact with those guys still, as I did with my Red Sox teammates from the past so yeah, I mean, it was definitely a little weird situation, obviously because we’re playing against them tonight,” Benintendi said. “But it is what it is.”

After playing here with the Red Sox, it will be a little weird when Benintendi runs out to left field.

“Obviously, playing for the (Red)Sox you get a little bit of smack talk, which is great. I mean, it’s all good fun,” Benintendi said. “But yeah, I mean, I’ve seen how this place can get and how pumped up and how energized it can get. So I’m excited to be out there and be able to call this my home stadium.”

Luis Severino, who was placed on the injured list with a strained lat muscle, was in his final day of “no throw” on Thursday. He will begin a throwing program soon, Yankees manager Aaron Boone said before the game.

That will be critical for the Yankees, whose second half hopes depend on getting some pitching help. Their starting pitching has struggled for the last month, which coincides with the Bombers’ overall struggles.

Reliever Miguel Castro is still a few weeks away from beginning his throwing program.

The Yankees had a scout on site in Cincinnati to see Luis Castillo’s last start and will be in Chicago to see Oakland’s Frankie Montas’ next start, if he makes it. Montas’ day would be Sunday, but the A’s now have TBD listed.

Severino, who pitched just 27.2 innings over the previous three years, has been really good when healthy. He’s 5-3 with a 3.45 ERS over 86 innings pitched this season.

Matt Carpenter was the Cinderella story of the first half for the Yankees. The former Cardinal came in and hit 13 homers in the first 31 games. He hit .354/.469/.911 with a 1.380 OPS after the Yankees signed him as a free agent in late May.

With the addition of Benintendi, Carpenter, who had been playing some corner outfield, could lose playing time.

“Obviously there will be another outfielder that potentially impacts him a little bit, but I do know that he’s obviously shown you guys and certainly us how impactful he can be, so he’ll still get his opportunities,” Boone said. “He’ll still be in there. And when he’s not, like tonight, I’ve got a pretty good weapon sitting over there from the left side when I need it.”