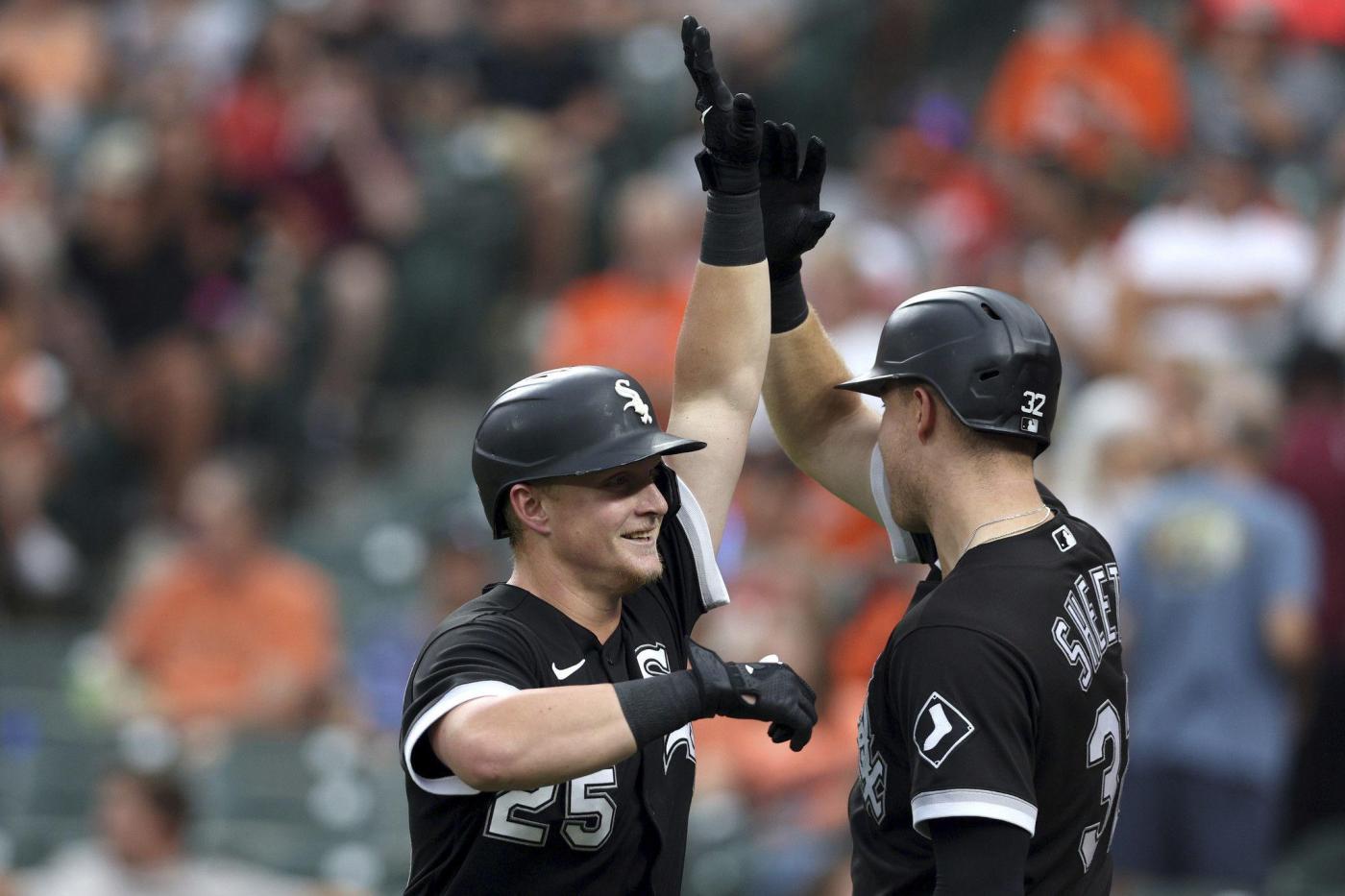 Andrew Vaughn saw sinkers and sliders during a fifth-inning at-bat with the bases loaded Sept. 18 at Detroit.

Vaughn had a 1-2 count when he hit Tigers reliever Jason Foley’s sixth pitch, a slider, over the wall in left-center at Comerica Park for a grand slam. The first slam of Vaughn’s career helped the Chicago White Sox to an 11-5 victory.

The Sox’s next win didn’t come until Thursday’s 4-3 victory against the Minnesota Twins at Target Field. Vaughn had one RBI, brining home Mark Payton with a sacrifice fly, to help snap an eight-game losing streak.

Vaughn and fellow outfielder/first baseman Gavin Sheets are approaching the final few games of their second big-league seasons as they have throughout the year.

“Stay driven,” Vaughn told the Tribune this week in Minneapolis. “You’ve got to go out there and it’s our job, we’ve still got to win ballgames and push forward.”

Vaughn entered Friday’s series opener against the San Diego Padres at Petco Park with a team-leading 17 home runs and was tied for first with 75 RBIs.

Sheets came into Friday tied for second on the team with 15 homers, including going back-to-back with Vaughn on Sept. 15 against the Cleveland Guardians.

Both said there were plenty of lessons learned from Year 1 to 2.

“April and May were a big learning point,” Sheets told the Tribune this week in Minneapolis. “I really struggled and I’m really proud of the way I bounced back in the second half and just made the adjustments that needed to be made. I learned a lot. I had never struggled like that as a player before, so that’s a lot to build on.

“One, I went through it. And not only that, I got out of it and I bounced back from it. For me, it’s a huge learning experience through that, especially early in my career. It’s good to get that out of the way and learn from it. Take the learning points from those months and take the learning points from the months I really had some success. That’s what I’m going to build on this offseason.”

“You go through those (struggling) stages and you never know if you’re going to get out because you’re in the present,” Sheets said. “I look back at that, see what I was able to do in August and so far in September and July, it’s a lot to build off of. Now, work off of what you did well and stay away from what got you in the slumps.”

Sox acting manager Miguel Cairo remembers the tests he went through from his first full season to the second.

“And they did a pretty good job this year. You could see the growth of Sheets and (Vaughn).”

“Your body, how to take care of yourself,” he said. “Also getting to the league another year, you get to face pitchers again. Learn what they’ve got but they also learn what you have so you’ve got to do your homework.

“See what he’s done to you before and go to your strengths and see what you can do to beat him.”

Vaughn’s 2022 included suffering a hip pointer (bruised pelvis on the right side) in spring training, a short IL stint in May because of a bruised right hand and getting hit by a pitch in an August game against the Guardians that deflected off his left shoulder and hit his face.

“That’s part of the game,” Vaughn said. “Stuff’s going to happen to you throughout the year. I’m glad nothing has happened that’s been injury of a muscle or something like that. I got hit in the wrist, I didn’t dive very well and hurt my hip. I got hit in the face. But I’ve been happy the way my body has been.”

Both natural first basemen, Vaughn and Sheets continue to adapt to the outfield. Vaughn has played 45 games in right and 43 in left, Sheets has played 80 in right and three in left.

All around, they want to make the most of this final stretch of 2022.

“We’re playing for each other right now (as a team),” Sheets said. “These numbers still matter. Everything still counts. It might not be a postseason race (but) … we’re still Major League Baseball players and we have to go out and do our job and do it to the best of our ability.”