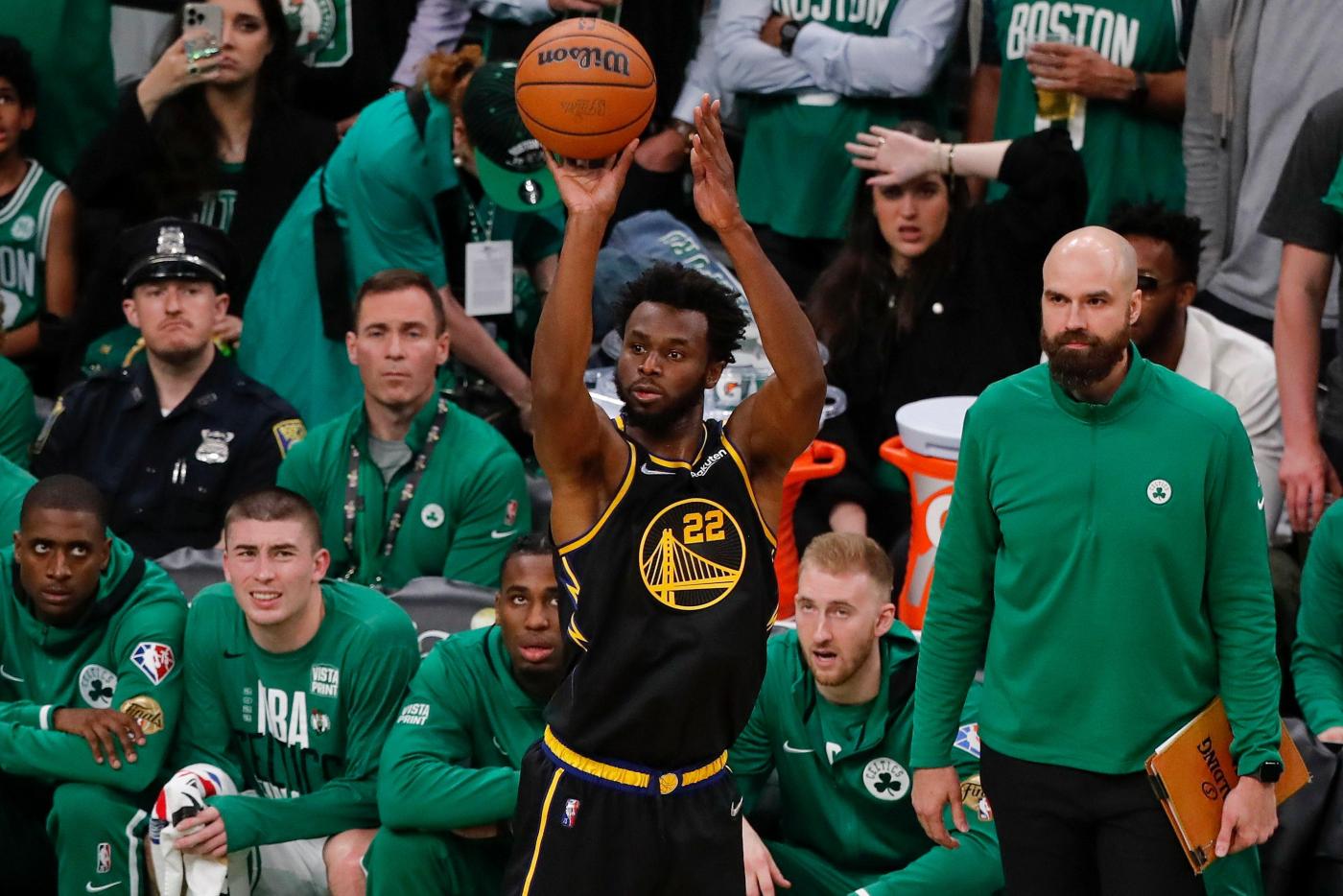 When the Golden State Warriors needed a bucket to stop a 14-2 Boston Celtics run in the opening minutes of Game 6 of the NBA Finals, it was Andrew Wiggins who hit a top-of-the-key three. And when the Warriors needed stops on Jayson Tatum, whose superstardom as an almost unguardable scorer is just scratching the surface, it was Wiggins whose number was called.

In fact, almost every time the Warriors needed a play during their Finals run — an offensive rebound that led to a tip-in bucket, a chase-down block, an isolation basket when the offense stifled, a forced Tatum turnover — Wiggins made it happen.

Stephen Curry rightfully claimed the 2022 NBA Finals MVP as the Warriors eliminated the Celtics in six games on Thursday, but Wiggins does not need Bill Russell’s namesake trophy to substantiate his value on a championship team. His year-over-year development is a large part of why the Warriors were able to make another championship run years after their dynasty supposedly came to an end — as was his decision to get vaccinated despite significant personal objection to putting a foreign substance in his body.

Vaccination status, however, is neither here nor there. It is merely a footnote, a reminder of maybe what could have been in Brooklyn had Kyrie Irving decided to make the sacrifice Wiggins made for his team.

Wiggins’ sacrifice, however, goes far beyond getting vaccinated against COVID-19. The player on display for the Golden State Warriors is not the same player who sauntered about the Target Center in a Minnesota Timberwolves jersey.

“I just do what it takes to win,” he said on Boston’s TD Garden floor as the Warriors celebrated their championship. “That’s what they do here in Golden State: They win.”

Every team needs a player like Andrew Wiggins. It’s an interesting sentence because two years ago, the thought would have gotten you laughed out of the building.

Wiggins’ championship season in San Francisco featured the second-worst scoring average of his career and the fewest number of shot attempts per game since his rookie season. Yet by all accounts, this has been the best basketball of Wiggins’ career, and it’s not even close. It’s because he bought into everything that helps a team win. Somebody cue Bradley Beal screaming the truth at high school basketball players who think they’re going to be a 30-point scorer at the next level.

“How can you impact winning?”

With Wiggins, it was offensive rebounds against a Celtics team that had the Warriors beaten in the size department. It was defense on Tatum, and Luka Doncic in the Western Conference finals, and whichever offensive threat the Warriors needed him to check. Wiggins tallied three blocks and four steals in Game 6. As Steve Kerr subbed him out in the fourth quarter for Andre Iguodala, Iguodala gave Wiggins three huge high-fives, looked him in the eye and said “What did I tell you?” One could surmise Iguodala told Wiggins if he sacrificed and gave himself to doing the little things, a championship would follow.

In some respects, joining the Warriors made Wiggins a rookie once again. He was the No. 1 overall pick in the 2014 NBA Draft, but he was never a true No. 1 player on a championship team. On the Warriors, Wiggins doesn’t need to shoulder any offensive load for extended periods of time. The Warriors have too many weapons — Curry, Klay Thompson, Jordan Poole (though they have to decide whether or not to re-sign him) all alleviate the pressure Wiggins succumbed to shouldering the load for the T-wolves years ago.

That was then, and this is now, and Wiggins is no longer the same player. He is complete. He is doing everything they said he couldn’t do in Minnesota. He is an All-Star starter and an NBA champion.

Now it’s an extended run with no end in sight: The Warriors have won four NBA titles in the last eight years with a three-year hiatus due to injuries to star players. They will likely re-sign Wiggins long-term and develop their other young players — Jonathan Kuminga, James Wiseman, Moses Moody — to build a deep and versatile contender for next season.

Wiggins proved worthy and deserving of another deal. And he’s created a mold for other players of his unique ilk to follow. Anyone, even a former No. 1 overall pick labeled a bust, can redefine themselves and their careers. It takes the right situation, and the Warriors have proven to be just that. But it takes buy-in and sacrifice. Wiggins did both, and now he’s a champion.