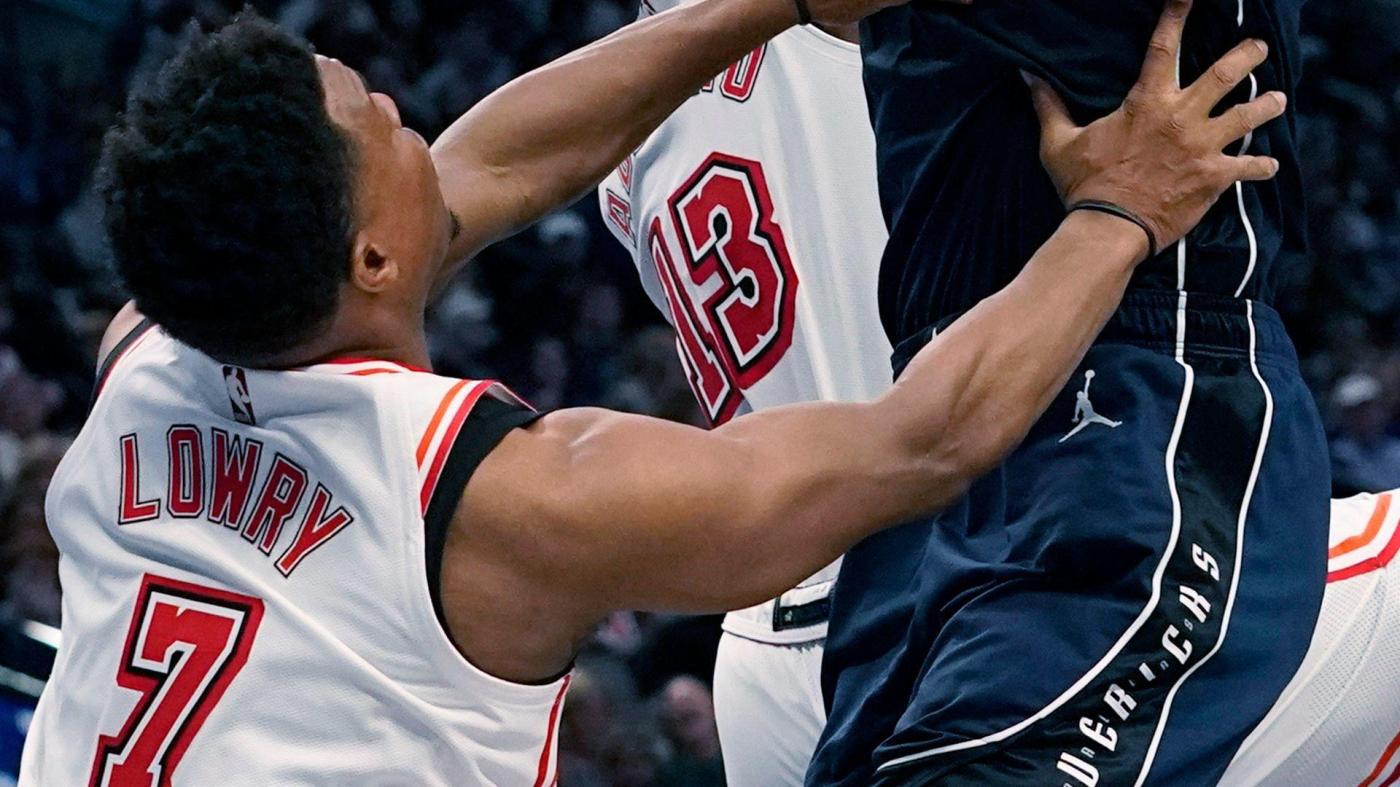 Observations and other notes of interest from Friday night’s 115-90 loss to the Dallas Mavericks:

– So perhaps patience still is required.

– But the lack of contribution from Kyle Lowry is undeniable.

– And more than a bit concerning.

– The Heat’s prime starting lineup is one that is supposed to have Lowry as the engine.

– Mostly, he’s been along for the ride.

– It’s almost to the point where the Heat have to wait for Victor Oladipo to enter.

– And with Gabe Vincent back coming off the bench, that offensive rhythm has been lost, as well.

– For the second consecutive game and only the 16th time this season, the Heat had their primary starting lineup available of Bam Adebayo, Caleb Martin, Jimmy Butler, Tyler Herro and Lowry.

– That had Heat coach Erik Spoelstra stressing going in, “This is one of the few games where we’ve had our core together. We need to maximize these moments and impact winning.”

– Sluggish at the start.

– The only unavailable Heat players were the three who remained behind for the three-game trip that ended Friday: Duncan Robinson (knee), Omer Yurtseven (ankle) and Nikola Jovic (back).

– Jamal Cain was back with the Heat from his G League stint, but was inactive.

– He entered in the Heat’s first substitution along with Victor Oladipo.

– But he largely was stymied by Jason Kidd’s defense.

– Butler’s fourth rebound tied him with Mario Chalmers for 20th on the Heat all-time list.

–With the Mavericks entering at 24-22, Spoelstra said it was another example of the parity of the league this season.

– “This seems to be a night-to-night basis, so much parity,” he said. “It seems like everybody has their own battle that they’re going through. We’re one of those teams; Dallas is one of those teams. We’re basically in a similar spot in different conferences.”

– Spoelstra was asked pregame about the Heat’s previous defensive efficiency against Luka Doncic and he basically shut down the question.

– “If we are who we want to be,” he said, “you’re going to have to somehow overcome great performances, great players and great teams and find a way to get the job done.”

– Friday, that wasn’t the case.