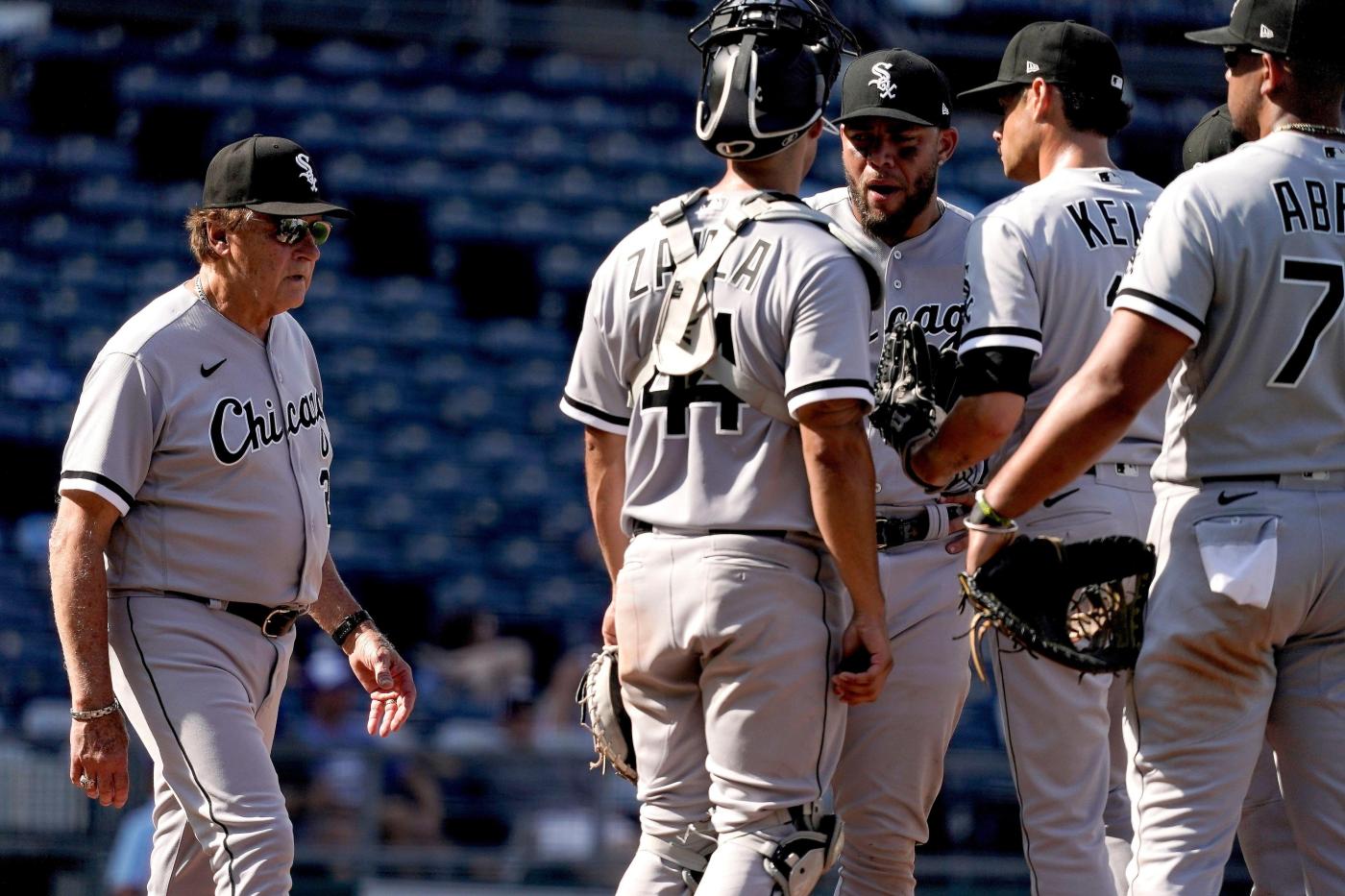 You’ve seen it before and likely will see it again.

If the Chicago White Sox have proved one thing in 2022, it’s that they are consistent.

The Sox’s 6-4 loss to the Kansas City Royals on Monday in a rare one-game series had all the staples of the prototypical Sox game.

Here’s how the seven stages of Sox grief played out, from the harsh injury to a key player to the defensive postgame posture of manager Tony La Russa.

Michael Kopech didn’t even get through his pregame warm-up before the trainer was summoned to the mound. Kopech was allowed to continue but was removed after four batters with what the Sox called left knee soreness.

He walked off the mound yelling into his glove, and every Sox fan watching at home on TV probably was saying the same thing. If Kopech can’t go, the Sox rotation is in dire straits for the stretch run.

Luis Robert’s two-out, opposite-field double in the sixth looked like it would bring home AJ Pollock with the tying run. Instead, the ball bounced over the right-field wall, forcing Robert to settle for a groundrule double and sending Pollock back to third.

Eloy Jiménez followed with a grounder to short, ending the inning. The Sox aren’t really the unluckiest team in baseball, but it sure seems that way.

The Sox trailed 4-0 after one inning only to tie it at 4-4 in the seventh. You could cue up La Russa’s “heart and guts” speech for the postgame show.

But that was it. They stranded 11 runners and continue to be one of baseball’s worst-hitting teams with runners on third.

“I don’t want to get into it,” La Russa told reporters Sunday in Cleveland. “We know exactly how we can fix it better and they work on it.” But it still wasn’t fixed.

The Royals, meanwhile, came in having lost six of seven with a .167 average in that span. They had only six hits, including one that Sox second baseman Josh Harrison booted but didn’t get charged with an error.

But 10 Royals reached base on a walk (six) or hit-by-pitch (four). The Sox handed them the game.

4. The absence of a home run

Another game in which the Sox failed to homer. Who knew? They’ve hit one in their last seven games, by Yoán Moncada in the 21-5 loss to the Houston Astros on Thursday.

There’s no good excuse. They began the day tied for third-worst in the majors with 102 home runs. Last season they finished with 190.

Joe Kelly, pitching for only the second time in 11 days after his bout with “lightheadedness,” hit the first two batters in the eighth, suggesting he didn’t have his control. A single loaded the bases with no outs before a forceout at the plate.

Kelly then walked rookie Drew Waters for the go-ahead run before being removed for Jose Ruiz, who gave up a sacrifice fly. Closer Liam Hendriks was the only reliever left.

The Sox bullpen entered the day with a 5.38 ERA since the All-Star break, second-worst in the majors. It was supposed to be one of their strengths.

José Abreu’s leadoff single in the ninth brought the tying run to the plate. Another Sox comeback in the making?

Nope. Andrew Vaughn grounded into a double play on a first-pitch slider, the third double play the Sox hit into. They lost for the fourth time in five games and fell three games behind the division-leading Cleveland Guardians as they head to Baltimore for a three-game series with the Orioles.

Last week’s five-game winning streak seems like a lifetime ago.

A reporter asked La Russa about having to empty the bullpen because of Kopech leaving early.

The reporter did not say the Sox were “lousy” or even suggest it. But La Russa tried to turn it into an us-against-them situation.

On Friday in Cleveland he issued another intentional walk on a 1-2 count and watched it work.

Actually, watching the same things happen over and over is much more ridiculous.

And still the Sox remain in the race for the division title or a wild-card spot.

That may be the most ridiculous thing of all.