Todays Though > News > Answering questions about the trade deadline, potential prospect debuts, the second half and more – Boston Herald
News

Answering questions about the trade deadline, potential prospect debuts, the second half and more – Boston Herald 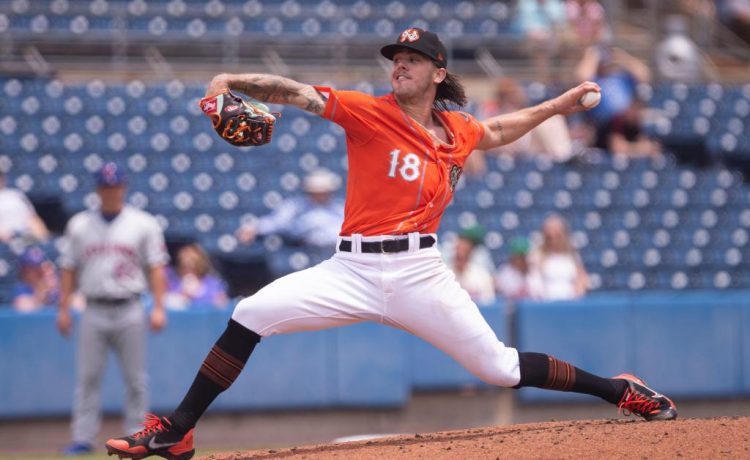 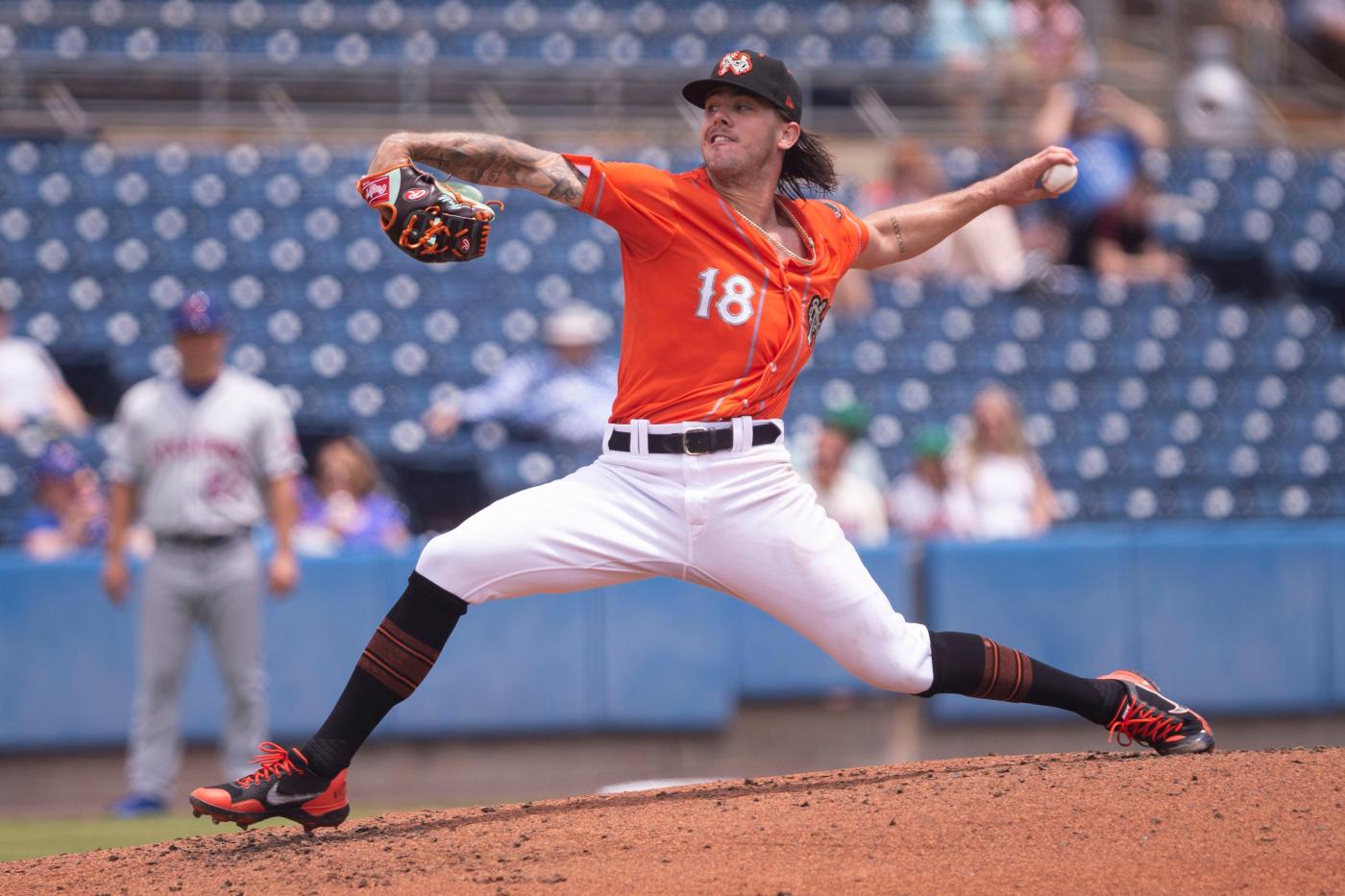 The run the Orioles embarked on before the All-Star break turned what some expected to be another losing campaign into one of excitement, with a 46-46 record and a path toward more competitive baseball on the horizon.

Baltimore is 30-22 since May 21, the day then-top prospect Adley Rutschman made his major league debut at Camden Yards. He’s expected to be the first of several high-level prospects to join the Orioles this season and beyond but there are questions about the trade deadline and whether the team’s winning ways can be carried through the rest of the summer.

Before the Orioles return from the All-Star break, beat reporters Nathan Ruiz and Andy Kostka and editor Tim Schwartz give their opinions about how Baltimore should approach the trade deadline, the team’s most important development so far and which prospect they’re most excited to see debut this summer.

Should the Orioles be buyers or sellers at the trade deadline?

Ruiz: There’s no reason they can’t be both, though this upcoming week, with seven games against the New York Yankees and Tampa Bay Rays in the final homestand before the deadline, will go a long way in determining how much they lean in either direction. No matter what happens, this team has established it can contend this year and certainly in 2023. If executive vice president and general manager Mike Elias can find deals that add to next year’s club, such an outcome should be welcomed after years of Baltimore’s player-for-player trades returning young prospects instead of major leaguers, even if some of this team’s players get moved, as well.

Kostka: A 10-game winning streak was a much-needed reprieve for many Orioles fans who have endured the mounting losses of rebuilding seasons, and while it pushed Baltimore within reach of a wild-card position, it likely won’t change the calculus of the front office. This season was never meant to be one for competing. That time is close — perhaps as close as next year — but Elias isn’t one to skip steps.

So, despite a .500 record at the All-Star break — a record that leaves the team 3 1/2 games out of the final wild-card spot — the Orioles will be sellers once again. But maybe this is the last season of doing so for quite a while.

Elias alluded to it before the MLB draft, even. The surge toward competitiveness was encouraging, but it isn’t the be-all, end-all.

Schwartz: Sellers. Yes, the Orioles have been one of the biggest surprises in baseball, and while it’s not unreasonable to think this level of play is sustainable, building for the future is still the right move. First baseman Trey Mancini might command a quality prospect, and they have some bullpen arms that any contender would be happy to add. This was never the year they planned to compete, and I don’t see Elias changing his strategy and missing an opportunity to add more young talent to fight for the third wild-card spot or a .500 record. Stay the course and look to 2023 and beyond.

How many current Orioles get moved at the deadline?

Ruiz: Three. Mancini and Jordan Lyles technically aren’t pending free agents, with Mancini having a mutual option for 2023 and Lyles’ contract including a team option for next season. But Mancini has long been clear that option does little to change his status as a trade candidate, given the low likelihood both sides pick it up, and Lyles, who has backed up the innings-eater reputation he brought to Baltimore, is exactly the type of low-risk, backend starter contending teams love to add at the deadline. The third here could be any number of players, but I’ll just posit that Elias manages to sell high on one of Baltimore’s many well-performing relievers.

Kostka: It’s not out of the realm of possibility that three Orioles are moved at the deadline, and the loss of each would potentially alter the feelings inside the clubhouse: Mancini, Lyles and closer Jorge López could all conceivably be on the move.

On the back of López’s strong first half, which includes 17 saves and an All-Star nod, several contenders could shore up the back end of their bullpen with the 29-year-old’s 1.62 ERA. López is arbitration-eligible for the next two seasons, so Baltimore doesn’t need to move him; the team control makes him a longer-term asset. But the volatility of relievers might encourage a move. López’s value might never be higher than it is now.

Lyles has been everything the Orioles have asked for, in terms of his contributions on the mound and the impact he has in the clubhouse. Younger players follow his lead, and his ability to eat innings has been paramount for the pitching staff. He could improve the back half of a contender’s rotation at the deadline, though.

Mancini is expected to decline the mutual option on his contract for next season to elect free agency instead, leaving Baltimore in a position to maximize his value at the trade deadline. With nine homers and a .277 batting average, Mancini could be a vital addition for a contender at first base or designated hitter.

There’s more at play with Mancini, though, with his connection to the fan base. Of the three, he’s the only homegrown option, drafted in the eighth round in 2013. He missed the 2020 season as he battled colon cancer, beat it and then came back to the field better than ever. Bidding Mancini adieu has more layers than the business of baseball, but it could still be in the club’s best interest.

Schwartz: Two. Mancini and Lyles are the likely trade chips, but the return for López would be better than either player as he isn’t a free agent until after the 2024 season. The New York Mets are in need of a first baseman and have a relatively good pool of prospects, making them a logical candidate to land Mancini. Lyles could also go to any number of contenders who are looking for an innings eater.

What was the most important development of the Orioles’ first half?

Ruiz: The bevy of unexpected performances on the pitching side are certainly welcome, but in terms of developments that carry meaning for the future, I’ll go with the arrival of some dude named Adley Rutschman. He certainly hasn’t lived up to the astronomical expectations placed upon him — who could? — but this team has clearly had a different energy to it since his promotion, going 30-22 with the former top prospect on the roster. More notably, his arrival signaled to fans that the rebuild is beginning to pay dividends, and other symbols of that are on their way, too.

Kostka: The breakout of right-hander Tyler Wells as a starter was the most important development of the Orioles’ first half, building confidence for what he can do next year and beyond as part of the rotation. With left-hander John Means expected to return at some point next season from Tommy John elbow reconstruction surgery and prospects Grayson Rodriguez and DL Hall nearing the majors, Wells has solidified his position in that up-and-coming rotation.

Wells served as the closer last year, and he still faces an innings limit this season. The reins should be looser for him in 2023, however.

Schwartz: Pitching. This was a major question mark entering the season and became an even bigger one after Means was lost for the season. But the bullpen has been one of the best in baseball, and the rotation has stolen some games it never would’ve during the first few years of the rebuild.

Cionel Pérez was quietly claimed on waivers in November after going 1-2 with a 6.38 ERA last season with the Cincinnati Reds. In 37 games out of the bullpen with the Orioles, his ERA is 1.45. López’s is nearly as good, even after blowing a few saves earlier this month. Wells has been a revelation in his first year in the rotation with a 3.38 ERA in 85 1/3 innings. Even midseason waiver claim Austin Voth has found his stride after struggling in Washington with a 3.42 ERA in Baltimore.

Whether it’s analytics or something else, the Orioles’ pitching staff has finally turned a corner after recording a 5.84 team ERA — by far the worst in baseball — just a year ago.

Will the Orioles finish the season above or below .500?

Ruiz: It’s incredible I even had to think about this. I’m saying below, only because watching the 2019-21 Orioles on a daily basis has me convinced the wheels will fall off at some point. I thought I might have seen the first stages of that earlier this month in Minnesota, when Baltimore dropped the first two games of a series with the Twins in walk-off fashion after leading going into the bottom of the ninth. How did the Orioles respond? By winning 10 games in a row. Still, I think being in the American League East, with four clubs that will definitively add at the deadline, catches up to them by the end of the season.

Kostka: The Orioles will still likely finish below .500, but unlike preseason predictions, it will be close. As some key pieces are moved at the deadline and with several series against AL East competition still to play, the run of success should dwindle. But not entirely, setting up for a highly anticipated 2023.

Schwartz: Below. They definitely won’t lose 100 games again, and they likely won’t lose 90, but I think Vegas has a good number out there right now with an over/under of 75 1/2. I’d take the over by a game or two. I think 81 wins — a .500 record — is possible but unlikely, especially if they unload at the trade deadline. But 77-85 feels right.

Which prospect debut are you most looking forward to in the second half?

Ruiz: DL Hall’s debut feels assured given how he’s carved up Triple-A hitters in July, but I’ll go with a player whose late-season debut would symbolize that the Orioles are either still in the playoff race or that they’re prepping themselves for a full run come 2023. Adding infielder Gunnar Henderson to the roster even just for September (though his Triple-A play could certainly warrant sooner) would negate any of the questions about service time that hovered over Rutschman’s status this offseason and would have this spring had he not gotten hurt. Get Henderson up, let him play some and have him on the left side of the opening day infield next season.

Kostka: Hall has proven himself at the minor league level. Now, we should soon learn how he does in the majors. In his last four starts, Hall struck out 40 of the 80 batters he faced while allowing just one earned run.

Schwartz: Hall. He’s been up and down at Triple-A Norfolk this season but has been on a tear as of late. He still struggles with his control, but there is no denying he can miss bats and strike guys out. He’d be fascinating to watch in Baltimore this summer to see if he can continue his recent dominance in the big leagues or if he proves too erratic to stick around. Either way, he seems ready — and, more importantly, healthy enough — for a chance to prove himself.