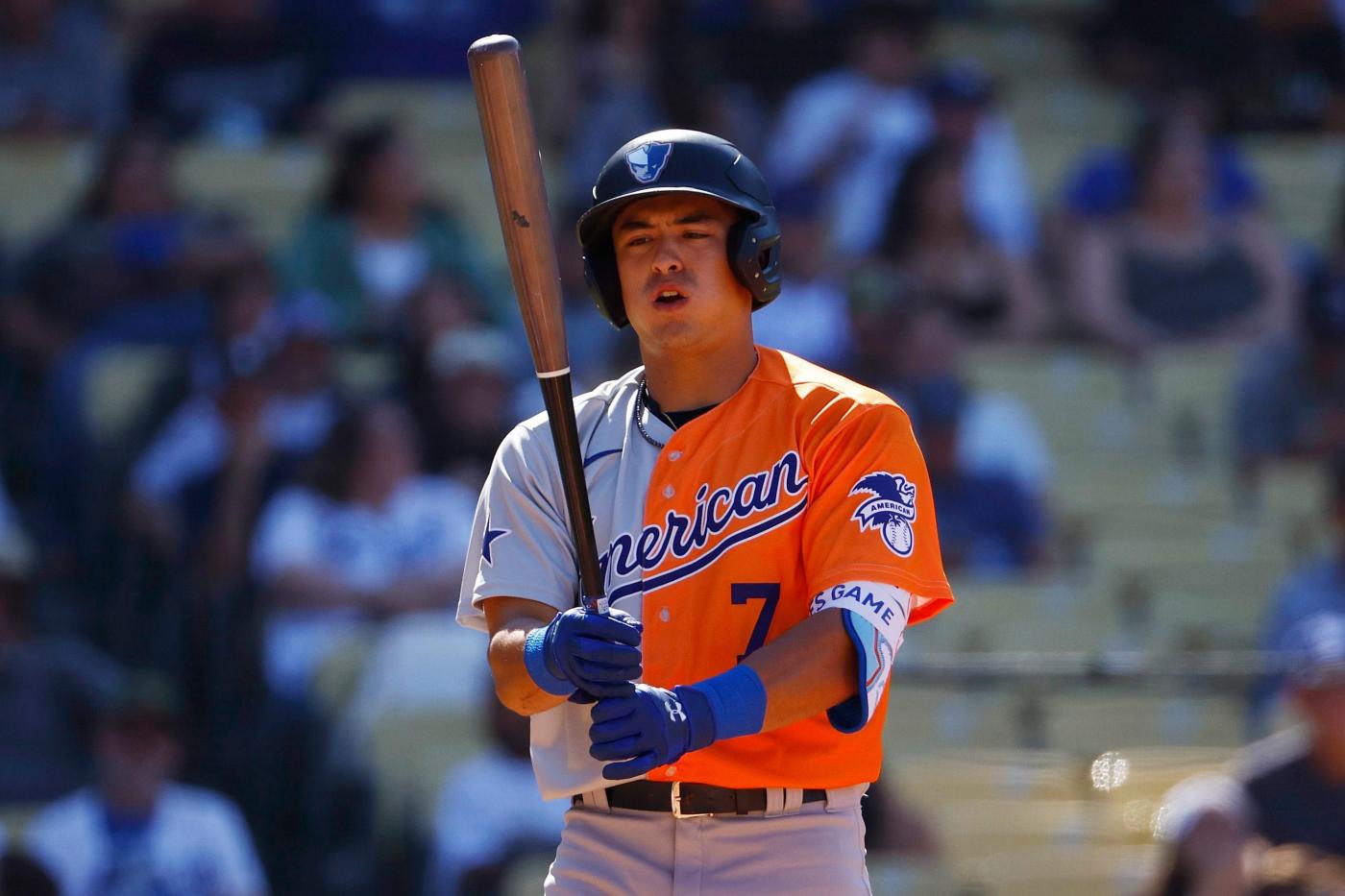 At least for today.

With the Major League Baseball trade deadline on Aug. 2, the Yankees have the assets to deal for 23-year-old megastar Juan Soto of the Washington Nationals, who recently turned down the Nats’ offer of a 15-year, $440 million contract extension and is almost certain to be dealt for a multi-player package of young talent.

And if the trade happens between the Yankees and the last-place Nationals, Volpe is almost certain to be part of that deal.

Why would the Yankees give up Volpe, their 21-year-old shortstop of the future and their No. 1 prospect? In all baseball deals, you have to give to get and if the Yanks indeed want to acquire a once-in-a-generation player like Soto, it’ll cost them.

Besides, the Yankees are a bit deep at shortstop throughout the organization.

The Bombers currently have Isiah Kiner-Falefa manning the position, who has so far provided a solid bat, an up-and-down glove and speed on the bases.

If Volpe goes in a trade, the Yankees still have two top-flight minor league shortstops in Oswald Peraza, 22, their No. 3 prospect, and 21-year-old Trey Sweeney, their No. 7 prospect.

For Volpe, who’s enjoying a strong season for the Double-A Somerset Patriots, playing steadily at TD Bank Ballpark is how he drowns out the noise.

“When you have an opportunity to go out every night and play hard for nine innings, it’s not too hard to be focused,” Volpe said prior to last Saturday night’s game against the Reading Fightin Phils.

He’s also proven to have a clutch bat. In the weekend game against the Fightin Phils, played in 94-degree heat at the 7:07 start, Somerset won 6-3. Volpe, batting leadoff, was 0-for-3 until he hit a two-run homer to left center to tie the game in the bottom of the eighth before the Patriots won it on a walk-off homer in the ninth. He also handled all six chances in the field flawlessly.

The Yanks selected Volpe out of Delbarton High School in Morristown, N.J., with their first pick in the 2019 draft. He was the 30th overall pick.

He was a high school teammate of the Rangers’ first-round pick, righty Jack Leiter, the son of ex-Yankee and Met Al Leiter.

Volpe, along with Leiter, played in the recent All-Star Futures Game in Los Angeles and went 0-2 with two strike outs. Teammate Leiter pitched a 1-2-3 inning.

“Thinking back about it, I have to pinch myself,” Volpe said, flashing a high-wattage smile that will play well in New York. Volpe also got to see another friend and touted Yankee prospect, outfielder Jasson Dominguez, do his thing.

“I was in the hole when JD hit that [two-run] bomb,” Volpe said.

Even with a Futures All-Star Game under his belt and a bright baseball future on the horizon, Volpe knows that there’s still work to be done.

“I’d say [on] every part of my game,” he admitted. “I’m 21. I don’t think anyone 21 years old is nearly as good as he can be. I have a great opportunity to come out here every day and really work on everything.”

Calling Somerset home is a plus.

“Playing with a lot of Yankee fans in the area … has been a great learning experience on and off the field,” he said. “I’m excited to play before family and friends. I’m a homebody.”

The team’s acting manager, Sergio Santos, likes what he sees in Volpe.

“Love his mannerisms,” said Santos, who usually works at the Yankees’ Tampa complex. “You see him off the field, he’s a super nice kid. When that switch comes on, you see he’s a competitor. He’s a baseball player.”

Though Volpe plays shortstop, which was the same position of a certain Hall of Famer, Santos isn’t making that comparison — yet.

“Not comparing him to [Derek] Jeter,” said Santos, but he does see something similar in the mature-beyond-his-age Volpe. “He almost has that same knack of knowing where to be, knowing the game, the flow of the game.”

Volpe also knows how to set a good example for teammates, which makes him a potential leader, Santos said.

“One hundred percent,” he declared. “A guy that is that good, when he shows up and he’s working harder than anybody else and he’s got that talent, most guys see that, and they want to work hard too.”

Either way, Volpe will follow his personal mantra to the major leagues: “To have fun and go out and compete every single night,” he said, flashing that killer smile again. “To me, that’s the best thing about baseball.

“The only thing that matters is going out and having fun.”

Regardless of which team he calls home.