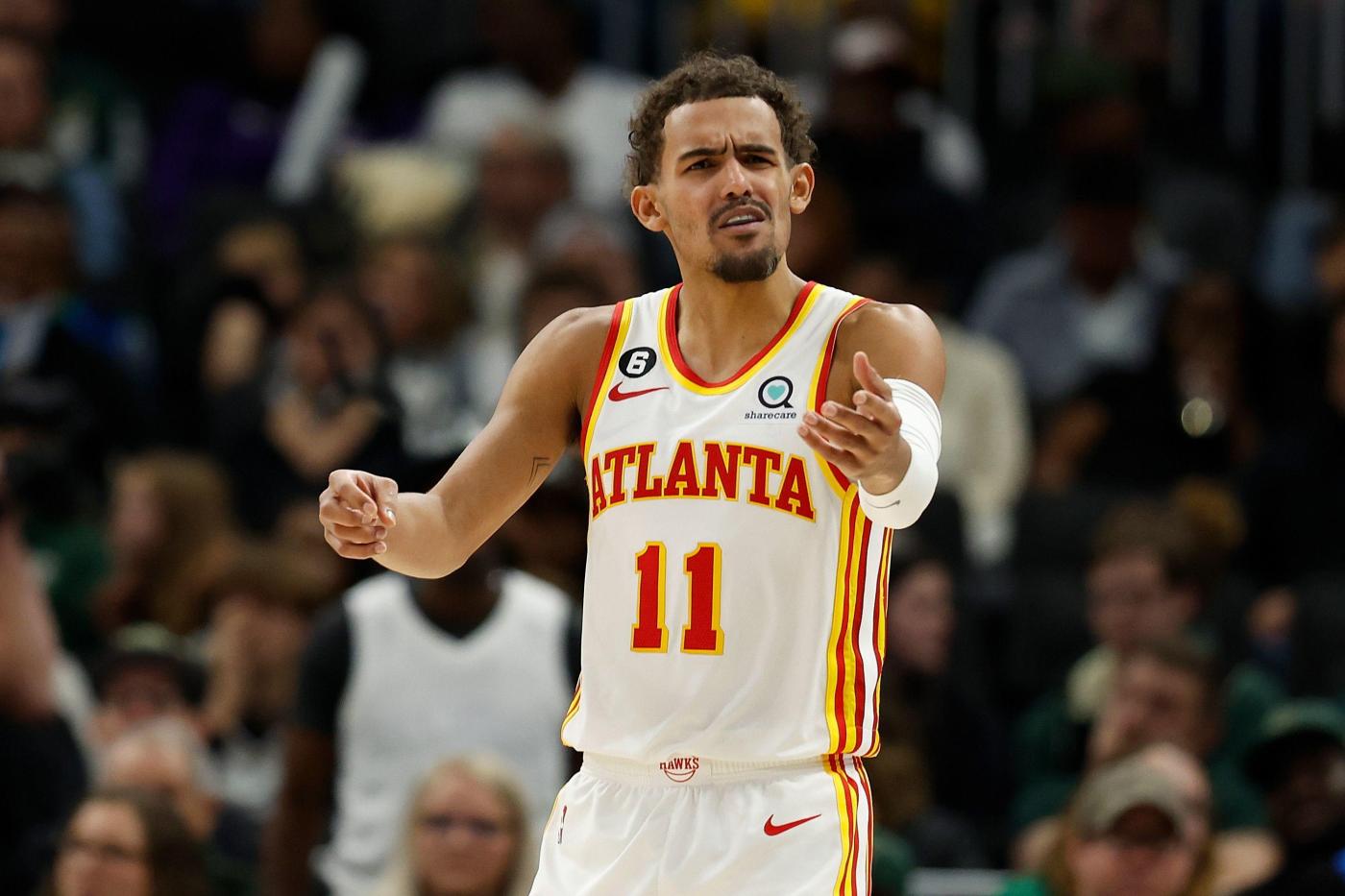 The villain is back.

Trae Young, the greatest Knicks foil since Reggie Miller, is set to return to the vitriol at MSG when the Hawks visit Wednesday. His presence triggers fans into a tizzy, with ‘F—k Trae Young’ certain to serve as the game’s soundtrack.

Still, at least one Knicks player would prefer if that energy was redirected.

“To be honest, it’s almost like a distraction. It could be,” Evan Fournier said. “For me personally, I’d rather have the fans go crazy and push us rather than go after another player. Because actually, I would enjoy it. If I’m Trae Young and I see the whole arena going after me, I enjoy it.

“It means I’m good. It means I’m freaking good. Have the whole arena want to see me struggle, like then I know I own them. So there are different perspectives, but that’s my take.”

Fournier has a point. The taunts haven’t had the intended affect. Young buried the Knicks in consecutive seasons as fans targeted his name and thinning hair.

Lines were crossed when a front-row spectator spat on Young during the 2021 playoffs, but otherwise the point guard has fully embraced the heat. He even made a guest appearance at an MSG wrestling show last year, not long after his 36-point performance eliminated the Knicks in Game 5 of the first round.

Then Young dropped 45 points in his only game at MSG last season, as the Hawks effectively ended the Knicks’ playoff hopes by sending them to 12 games under .500 in late March.

“There’s certain guys you shouldn’t talk to and just leave alone,” Young said after that game. “I feel like I’m one of those guys in that category.”

The Knicks (3-3) can’t be eliminated in November but they could use a confidence booster. They’ve dropped two straight following a reality-check road trip to Milwaukee and Cleveland, with the opposition’s stars – Giannis Antetokounmpo and Donovan Mitchell – delivering the heaviest blows.

The Knicks get another opportunity at a star Wednesday against the Hawks, who were 4-2 heading into their Monday match up in Toronto.

Young, who was averaging 31.5 points before Monday, will be the focal point at MSG. He always is.