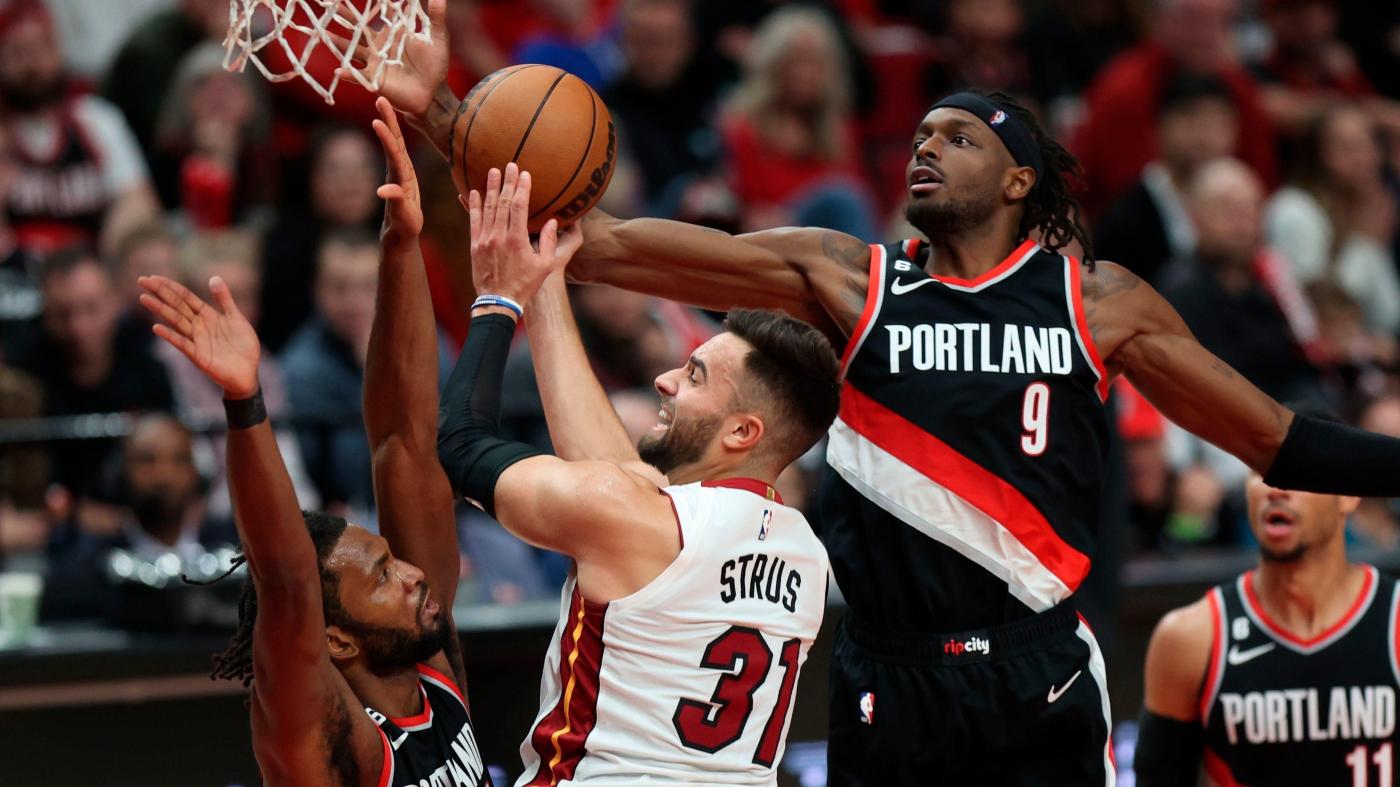 Q: Ira, Erik Spoelstra tells us we have depth. We don’t even have a power forward. He starts Caleb Martin and goes small. The Heat don’t have depth. – Phil.

A: The Heat have wing depth. But it was telling that when Caleb Martin wasn’t available Monday, Erik Spoelstra instead started Max Strus. And if the depth at power forward was supposed to turn into Haywood Highsmith, that has yet to be a thing. Look, most teams tend to go small during games, so depth at power forward might be overstated. But the Heat at power forward have one who isn’t available (Omer Yurtseven, with Bam Adebayo moving to power forward), one who didn’t play until Wednesday (Nikola Jovic) and one that seemingly was supposed to play (Highsmith). Going into Wednesday night’s game, Basketball Reference’s positional tracker had Jimmy Butler playing 63 percent of his minutes at power forward (and two percent at center). That could become an exhausting ask as the season progresses. As it was, most of Martin’s best defense work in Wednesday’s return to the lineup was defending the Blazers’ guards. So if you’re saying the Heat don’t have a power forward, you’re probably right. But Erik Spoelstra showed at least on one night that he could make his mix work, and his bench productive.

Q: I’ve seen enough, ship Dewayne Dedmon to the Lakers or someone desperate for a second-round pick, – Vara.

A: With Dewayne Dedmon earning $4.7 million this season, it’s not as if there are any takers, at a position where Demarcus Cousins, Hassan Whiteside and Dwight Howard remain unsigned and available for the minimum. The question is whether Omer Yurtseven can become trusted as a reliable backup to Bam Adebayo, or whether this is simply a rough patch for Dewayne.

Q: Ira, if the Heat continue to struggle, what are the chances we could see a move into the luxury tax? And if so, what kind of roster moves could they make? – John, Ocala.

A: Actually that would make the Heat less likely to spend. The Heat spend for contention, not out of desperation.