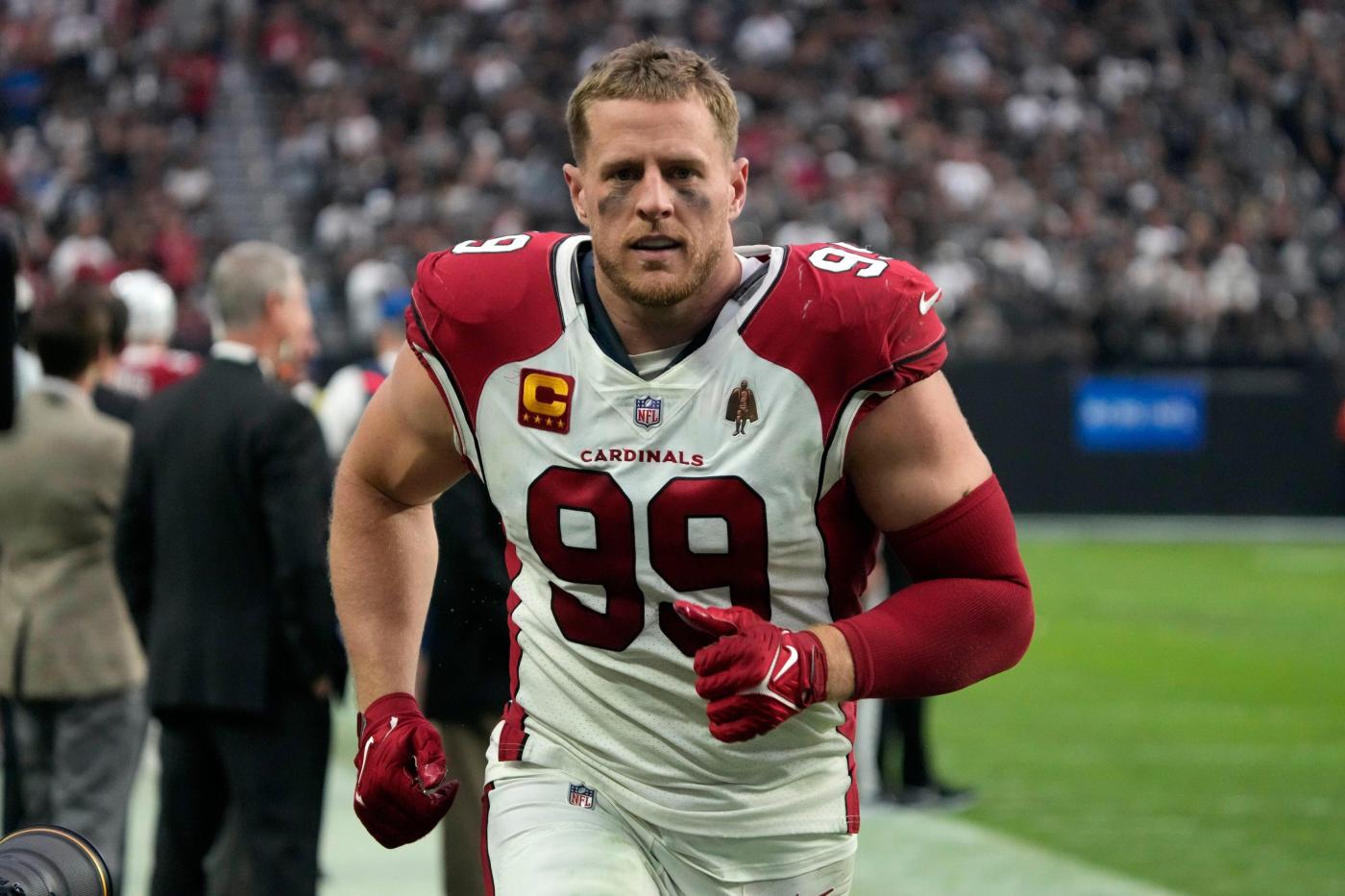 “I went into A-Fib on Wednesday, had my heart shocked back into rhythm on Thursday and I’m playing today,” the Arizona Cardinals pass rusher tweeted Sunday afternoon, shortly before his team was slated to take the field against the Carolina Panthers in Charlotte, NC.

According to his tweet, Watt made the announcement to get ahead of a media report about his medical procedure.

The 33-year-old defensive standout missed practice Wednesday and Thursday for what his team listed as a leg injury, ESPN reported. A 6-foot-5, nearly 290-pound tackling force on the field, Watt, born Justin James Watt, was the NFL’s Defensive Player of the Year in 2012, 2014 and 2015. He led the league in sacks two of those years.

The Columbia University Department of Medicine writes that Afib, known as Atrial fibrillation, can make patients vulnerable to blood clots and stokes.

“In a patient with a normal heart rhythm (sinus rhythm), an electrical signal spreads through the top chambers of the heart (the atria), causing them to squeeze and fill the lower chambers (the ventricles), which then pump the blood all over the body,” the school’s website explains. “When a patient is diagnosed with atrial fibrillation (AFib), the electrical signals become disorganized and the atria no longer contract effectively.”

Watt is the elder brother of 27-year-old Pittsburgh Steelers defensive star T.J. Watt, who suffered a torn pectoral at the start of the NFL season and is expected to be out for the rest of the month.