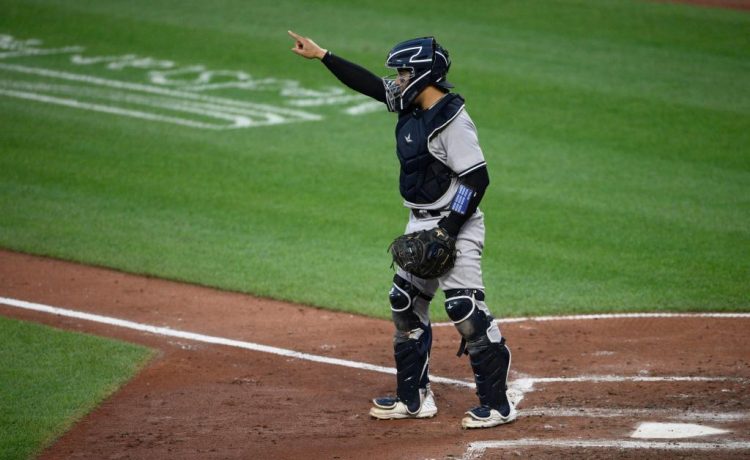 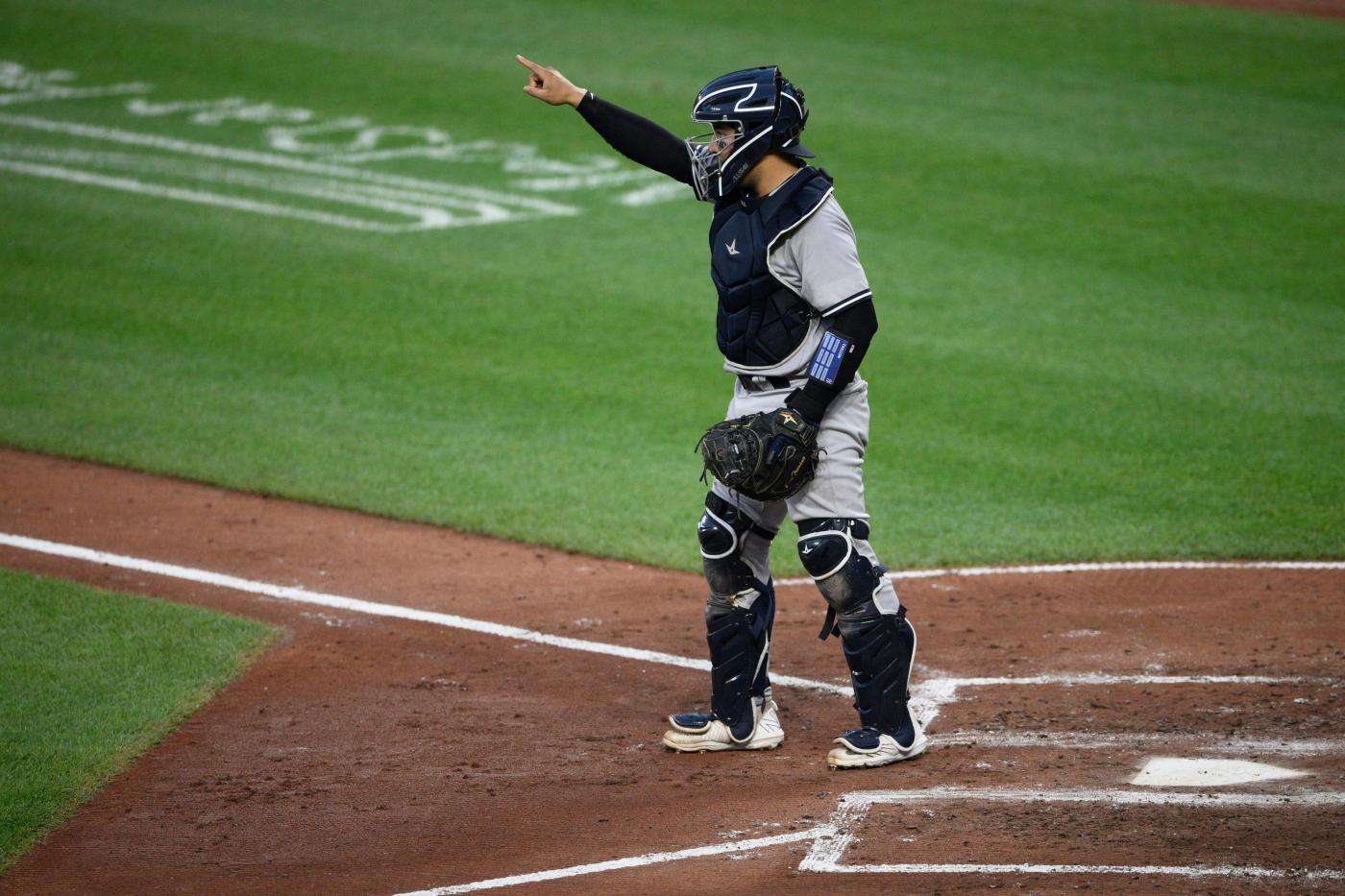 BALTIMORE — Aroldis Chapman seems to take one step forward and then one back.

The Yankees’ former closer pitched a scoreless inning with two strikeouts against the Astros Thursday, which had manager Aaron Boone encouraged. Friday night, Chapman came in and gave up a three-run homer and had to be pulled after one out.

“He’s struggling right now. I mean, the equipment is all there,” Yankees GM Brian Cashman said before Saturday’s game against the Orioles at Camden Yards. “I was encouraged with the Houston game and how he went about it and attacked and got some big outs for us in that game. And then obviously, yesterday the results didn’t follow up on the back-to-back. So he’s gonna continue to get his chances. Obviously, we gotta get him online. He’s certainly got all the ability in the world.”

Saturday was the first time the 34-year-old Chapman had gone back-to-back since he came off the injured list. He missed nearly six weeks with an Achilles/ankle issue, but a considerable amount of that time was spent trying to get him back to his normal form.

The Yankees have already moved on from Chapman as the closer, giving that role to Clay Holmes. Even putting him in high leverage situations right now, however, is a gamble. With limited roster spots and injuries affecting the Yankees pitching, it’s a tough spot to manage Chapman’s use.

“I mean, the bottom line is we gotta get him there. I think the encouraging part is we’re seeing the physical things that would suggest you can get there,” Boone said. “Now it’s a matter of getting him there. And obviously, I think his confidence has taken a little bit of a hit. He’s throwing the ball well and last night he came out throwing the ball really well, but ultimately, he struggled there a little bit at the end. So we got to build him up from the confidence standpoint. But I’m at least encouraged by what we’re seeing. “

Chapman’s velocity has been inconsistent this season, but his fastball did touch 101 miles an hour Friday night.

It’s been almost nine years since Shane Greene put on a Yankees uniform. The veteran right-handed reliever was back Saturday, called up with Clarke Schmidt to fortify the Yankees bullpen after they lost Michael King for the season.

Greene, a 33-year old veteran righthander, broke into the big leagues with the Yankees back in 2014. He spent the bulk of his nine-year MLB career with the Tigers and Braves. The Yankees signed him to a minor league deal earlier this year, in case of exactly this kind of situation. In 22 games with Triple-A Scranton, Greene has gone 1-1 with a 3.86 ERA in 15 appearances. He’s struck out 31 over 28.2 innings, picking up three saves.

“He’s done a nice job down there. He’s been kind of on that board over the last handful of call ups. His name keeps popping up,” Boone said.

Greene was dealt to the Tigers in December 2014 in a deal that sent Domingo Leyba and Robbie Ray to the Diamondbacks and Didi Gregorius to the Yankees.

He returns a more experienced and better pitcher, even if the stuff isn’t as electric.

“Well, I don’t throw 97 [miles an hour] anymore, but I have a changeup that there’s some times,” Greene said. “I’ve never had a changeup really before. And I would say I trust everything a little bit more. Like I said, when I was younger. I didn’t really know what I was doing. I was always told I had stuff, but I didn’t really know how to pitch yet. Now I would say I guess I know a little bit more about how to.”

Jose Trevino knew right away something was off. When he crouched behind the plate, the right-handed batters’ box was off a few inches. He told home plate umpire Marty Foster who agreed and called the crew chief Dan Iassogna to check it. Foster ultimately erased the lines to let the hitters set up where they needed to.

While Aaron Boone and Iassogna said it was a first for them, Trevino laughed and said he’d seen it several times in the minors.

Iassogna met with Nicole Sherry, the Orioles head of the grounds crew, Friday night to make sure there would be no issue for Saturday’s game.