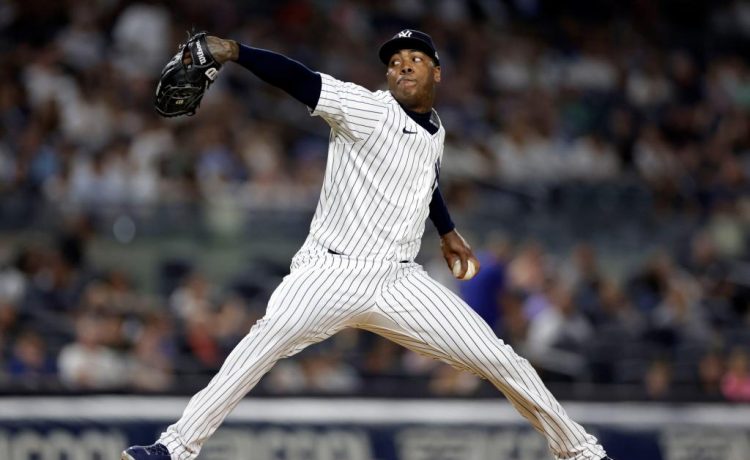 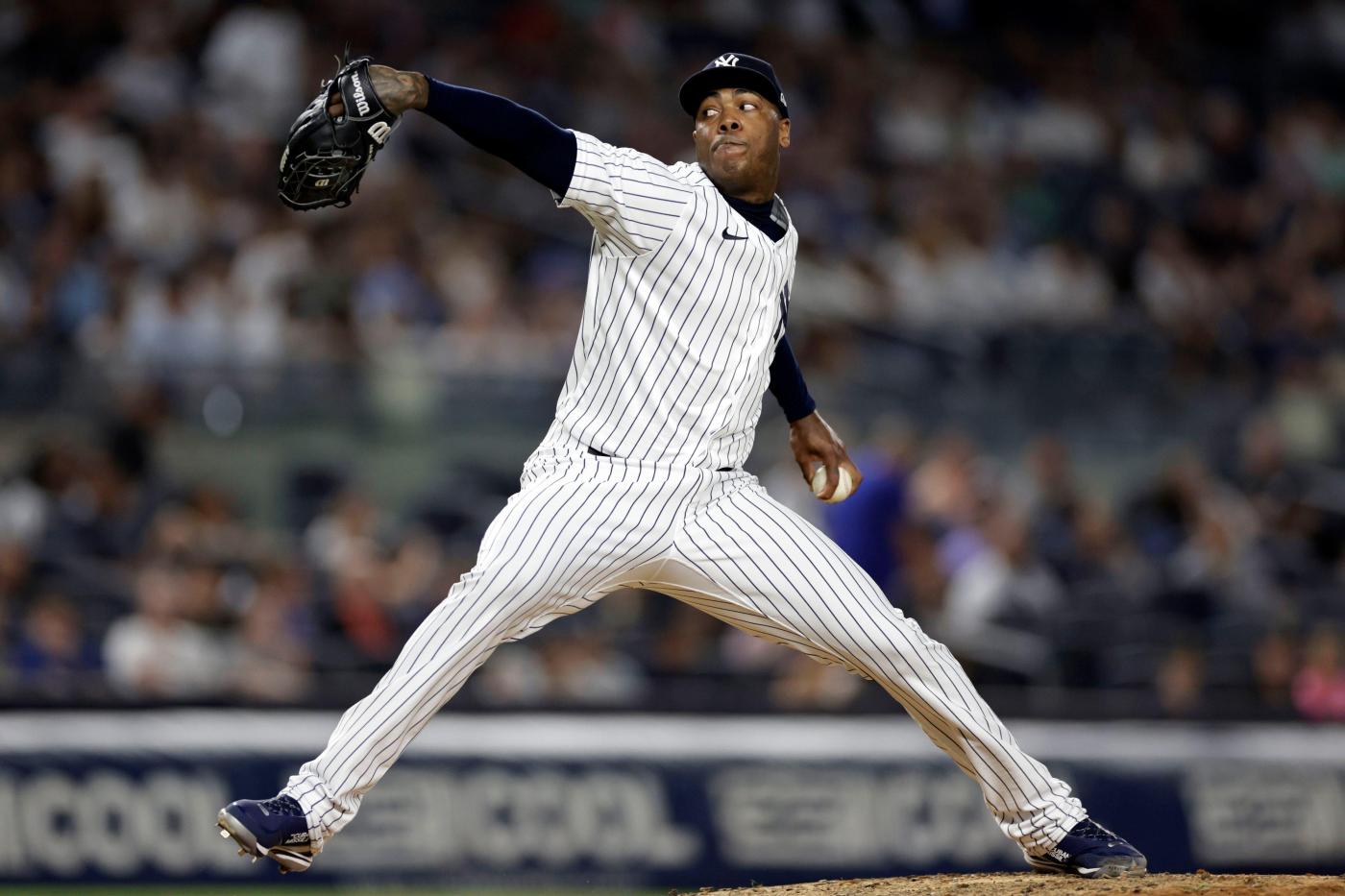 OAKLAND — It was a picture of his sister on his left leg that put Aroldis Chapman on the injured list. The Yankees former closer said Sunday he does feel bad about not being available for the Yankees right now, but felt it could not be expected. Chapman, who has large swathes of his arms and legs covered in tattoos, said this was the first time he had ever had a bad reaction.

“We have a really good bullpen and I am part of that bullpen, so not being there of course you’re gonna feel bad not being there for them,” Chapman said after the Yankees’ 4-1 loss to the A’s at the Coliseum.

“I’ve  gotten some tattoos in the middle of the season, but never had any issues before,” Chapman said through Yankees interpreter Marlon Abreu.

Chapman said he got the tattoo, a portrait of his sister, last Saturday and it took a couple days for him to realize it was infected. He had not pitched for eight days when the Yankees put him on the IL Saturday evening. After seeing the A’s team doctor on Thursday, the Yankees kept him at the team hotel Friday and Saturday, treating the infection with antibiotics.

The 34-year-old Chapman said he does not think this will keep him out for more than the 15-days required to be on the IL.

“I don’t think this is gonna take away too much time for me. And I’m just waiting for the next couple of days for everything to heal correctly so that I can start doing all kinds of baseball activities,” Chapman said. “I think I will probably do a bullpen and right into games.”

Chapman has struggled since the middle of last season. He has the highest ERA (4.70) and walk rate (16.2) and the lowest strikeout rate (25.7) of his career. He lost the closer role after getting nine saves this season and the Bombers are still trying to get him back on track.