‘As close to unanimous as it can get’ – Boston Herald 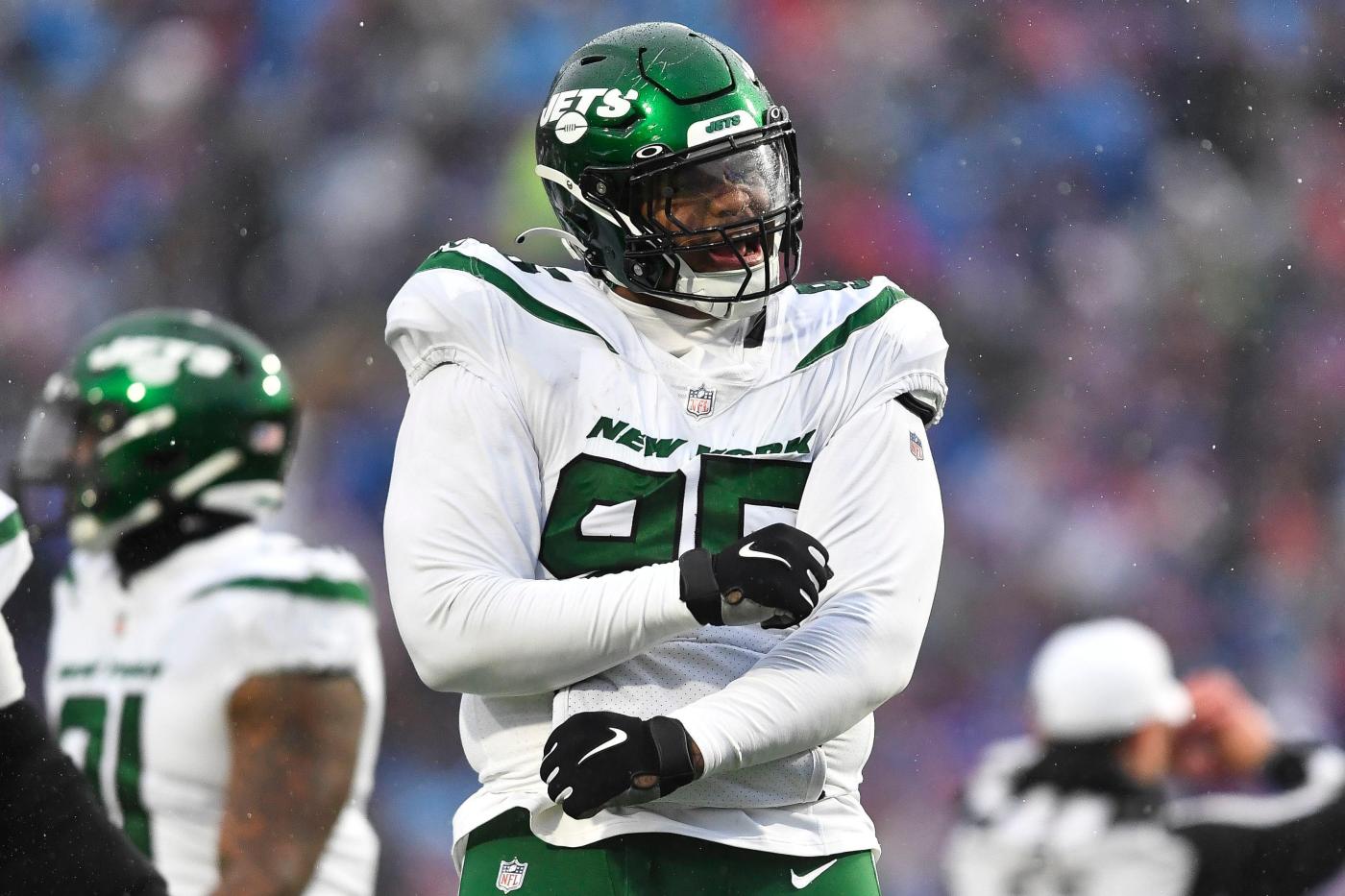 Quinnen Williams has been the Jets’ best player this season.

On Friday, that was made official by his teammates.

“I think it was as close to unanimous as it can get,” Jets coach Robert Saleh said about Williams winning the team MVP award.

“When you have guys like that, you’re happy for him because of all the success he’s having. He’s a dominant force in the inside. When he’s playing at his best, he makes it easy for everybody to do their jobs. … I never liked to compare, but his impact in the building is very similar to a guy like DeForest Buckner, who’s just the ultimate team guy, team first, uplifts his teammates, has a great relationship with all of his teammates, and very coachable, so he’s deserving of everything he’s gotten this year.”

Jets linebacker C.J. Mosley was voted as the Dennis Byrd Most Inspirational winner, defensive lineman Vinny Curry won the Ed Block Courage, which is given to the teammate that serves as a role model of inspiration, sportsmanship and courage.

Left tackle Duane Brown rounded out the awards as he was voted as the Selfless Warrior winner, which is given to the player who gives himself the most for the team.

“It’s voted on by the coaches and Duane Brown just exemplifies everything with what he’s done,” Saleh said.

Safety Lamarcus Joyner (hip) and wide receiver Denzel Mims (concussion) are each expected to play against the Seahawks on Sunday.

Both wide receiver Jeff Smith and cornerback Brandin Echols will miss Sunday’s game against the Seahawks due to injury. Smith missed last week’s game against the Jaguars after suffering a knee injury in the loss to the Lions on Dec. 18. This will be the third consecutive game Echols has missed after injuring his quad following the game against the Bills in Week 14.