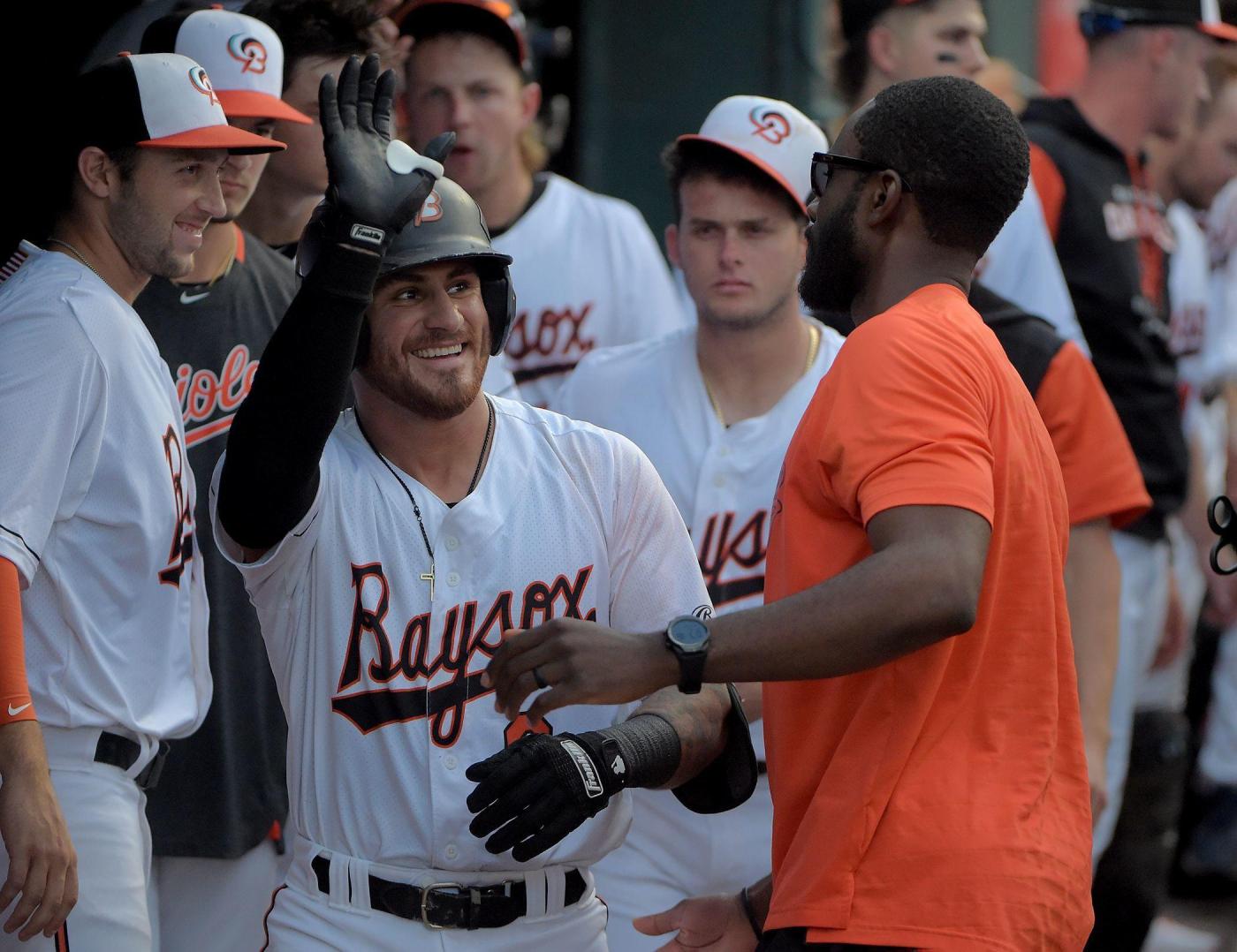 The phrases first crept into the Joey Ortiz scouting reports when the Orioles infield prospect was drafted. “Glove-only,” they said. Or, in some instances, reports used a lighter diction, describing Ortiz as a “glove-first” shortstop.

He understands the root cause, because Ortiz is a high-level defender at shortstop, third base and second base. He only managed three extra-base hits with Low-A Aberdeen after the draft. And before that, he played college baseball at New Mexico State, which has a home field with a reputation for being hitter friendly.

But from the day Baltimore selected Ortiz in the fourth round of the 2019 draft, the Garden Grove, California, native has made it his mission to banish those phrases from the lexicon of onlookers, developing himself as an all-around infielder worthy of attention at the plate as well as the field.

With his addition to the Orioles’ 40-man roster Tuesday, Ortiz is a step closer to realizing that dream at the highest level. He’s part of a crowded Baltimore infield, one boasting a glut of prospects at shortstop. And while Ortiz readily admits his defensive work helps him stand out from the pack, he’s quick to assure anyone listening that he’s more than capable in other areas of the game.

Soon, Ortiz hopes, labels such as “glove-only” will be a thing of his past.

“It’s always something to fuel the fire, kind of a chip on the shoulder,” Ortiz said Thursday during a video call. “Ever since I got drafted, I wanted to make it a point that I could hit, and hit with the pros.”

His first introduction wasn’t ideal. As a 20-year-old with the IronBirds, Ortiz finished with a slugging percentage (.267) just 26 points above his batting average (.241). Ortiz singled 44 times, doubled twice and hit one home run — the kind of numbers that only reinforced the phrases he wanted to expel.

It took an alteration at the plate this season for Ortiz to fully show his potential. He hit .269 for Double-A Bowie before a late-season promotion to Triple-A Norfolk, and that’s where his performance reached another level altogether.

Ortiz broke out in his final 26 games, hitting .346 with a .967 OPS. His four home runs with the Tides added to his 15 for the Baysox, which propelled his combined slugging percentage to a career-high .477. But Ortiz wasn’t as surprised by the breakout in that department.

“I always felt I was strong enough to have the kind of power numbers that came about this year,” Ortiz said, but he was hitting to many groundouts. A shift in his hands’ starting position allowed Ortiz “to get into the right position for that power to come out,” improving his path through the zone and increasing his launch angle — and enhancing his power production.

“It was just that little mechanical tweak that we had this year that brought that out for me,” Ortiz said.

The improvement at the plate has propelled Ortiz into a throng of players vying for infield playing time. Gunnar Henderson already arrived in Baltimore and impressed in his 34 games, playing primarily at third. There’s shortstop Jordan Westburg, who earned the Orioles’ Minor League Player of the Year award. Terrin Vavra made his debut in the majors and proved capable — if not standout.

But Ortiz is firmly in the mix, added to the 40-man roster to protect him from the Rule 5 draft. So when spring training arrives, Ortiz is intent on displaying all he believes he’s capable of — especially dispelling the labels that have followed him since the draft.

“When I do get the opportunity, everything will be able to come into play and I won’t be just a ‘glove-first’ shortstop or limited to one thing,” Ortiz said. “I want to be able to do everything.”

The Orioles freed a spot on their 40-man roster Thursday night by outrighting catcher Mark Kolozsvary to Triple-A Norfolk. The move also leaves Adley Rutschman as the lone backstop on the roster. The 40-man roster is at 38 players.

Kolozsvary joins Cam Gallagher and Anthony Bemboom as catchers who have been removed from the 40-man roster this month. The 27-year-old made his major league debut with the Cincinnati Reds this season, appearing in 10 games.