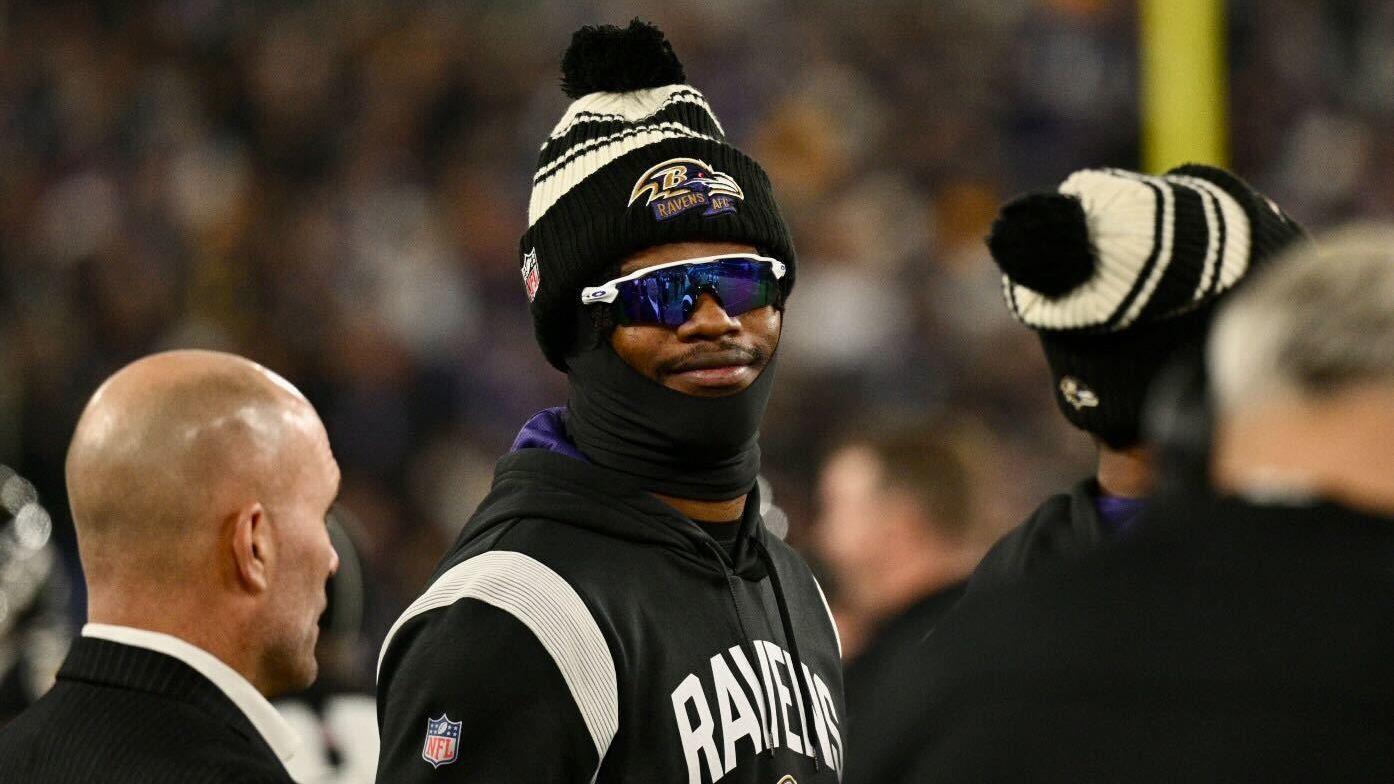 A PCL is just two inches long, but it is mighty.

The ligament keeps leg bones in place, guides a knee’s mobility and, in the instance of quarterback Lamar Jackson, could possess the keys to the Ravens’ playoff chances.

Against the Denver Broncos on Dec. 4, Jackson suffered a left knee injury — which ESPN has reported as a sprained PCL, a ligament in the knee. At the time, Ravens coach John Harbaugh called it “not season-ending,” but that possibility becomes increasingly likely each day. Jackson did not participate in practice Thursday, his 14th straight absence.

In the 11 games in which Jackson was healthy this season, the Ravens scored at least 19 points in all but one; in the five games without him playing the majority of snaps, the Ravens haven’t managed more than 17. Since his injury a month ago, Baltimore’s Super Bowl odds have nearly halved, according to Caesars Sportsbook.

The Ravens’ offense is centered around Jackson’s unique talent, and if their season is to last longer than next week’s playoff opener, it would behoove them to have their star back.

“Our plays are built for those types of quarterbacks,” Harbaugh said Monday of Jackson and his backup, Tyler Huntley. “They’re built for Lamar. Our offense is built for Lamar, around Lamar, and to play with Lamar’s talents and abilities. That’s what we’re built for.”

Without the player the offense is built for, the Ravens (10-6) have turned to Huntley, but his availability also remains uncertain as he has been limited in practice this week due to shoulder and wrist injuries. If neither Jackson nor Huntley can play Sunday in the regular-season finale in Cincinnati — which won’t determine the AFC North title but could decide who hosts a potential wild-card round rematch — undrafted rookie Anthony Brown would make his first career NFL start.

Ravens fans are waiting with agitation to learn if Jackson will be healthy in time for the postseason (scheduled to begin in eight days) but Harbaugh didn’t provide any update on the quarterback Wednesday.

“I’m just probably going to leave all that stuff alone,” he said.

As time ticks, the amount of preparation Jackson would have before a playoff game shrinks; if he were to miss Sunday’s game but suit up for the postseason, it would mark his first in-game action in six weeks.

Ravens offensive coordinator Greg Roman said that while it’s “not an ideal situation,” he didn’t necessarily rule Jackson out of the playoffs, even if the quarterback is unavailable against the Bengals.

“He’s a special guy. I think if somebody’s got a chance to do it, he does,” Roman said.

Jackson’s 14 straight missed practices have nearly overshadowed his 12 starts this season. And his cloudy contract future only makes his injury situation murkier.

The 26-year-old reportedly sought a fully guaranteed contract ahead of the season, the last of his rookie deal, but Jackson and the Ravens did not come to an agreement. Sunday will mark the final regular-season game that Jackson is under contract for, and former NFL cornerback Richard Sherman said on his podcast in December that, were it him, he would simply not play for the remainder of the season.

“I’m not playing again,” Sherman, a Super Bowl champion and three-time All-Pro with the Seattle Seahawks, said of what he would do. “I’ll talk to y’all in the offseason when it’s time to pay. Get your checkbook out because y’all didn’t wanna give me any kind of security, so, seeing as I’m hurt, I don’t wanna make this more severe.”

Jackson, the 2019 NFL Most Valuable Player, has played well this season, but not quite as fantastic as he was in his first two years as a starter. Some could argue that Jackson has the incentive to return for the playoffs to solidify his value as one of the top players in the NFL.

“If you’re in a contract year and your play is poor and it’s the second straight year you’ve gotten hurt,” Wright said, “it is maybe arguable some of the people in the Ravens’ front office that didn’t want to give him a fully guaranteed year are saying, ‘This is why.’”

Of course, Jackson’s absence very likely has nothing to do with his contract status and everything to do with two inches of tissues and fibers in his left knee. A PCL injury rarely requires surgery, but still takes time to recover (Jackson has had perfect attendance in rehabilitation sessions, a league source told The Baltimore Sun last week).

A PCL (posterior cruciate ligament) injury is not as dire as one to the ACL, which is another ligament that connects the tibia to the femur, but a PCL sprain can still be challenging. The recovery time varies greatly depending on the severity, said Dr. R. Frank Henn III, the chief of sports medicine at the University of Maryland School of Medicine. It can take just a few weeks in some cases, while other cases require months of recovery.

Unlike hurrying back from an ACL operation, it is unlikely that an athlete can worsen a PCL injury by returning too soon. Still, a sprained PCL weakens a knee.

“For athletes that need to do a lot of pivoting and cutting, [it] can be a little bit harder to recover from than someone who doesn’t,” said Henn, who is also the head orthopedic surgeon for University of Maryland sports teams.

Few NFL players do more pivoting and cutting than Jackson. And so even if team doctors deem his knee safe to play on, he could be limited — which could alter his mobility and even increase his chances of another injury. As the NFL was reminded this week on a scary Monday night in which Bills safety Damar Hamlin collapsed and laid motionless on the ground after suffering cardiac arrest, football is a violent game. Playing below full strength can be dangerous.

Henn noted that, in addition to his PCL’s strength, Jackson’s ability to play at a high level is a factor.

“Performance also matters,” Henn said. “You might be able to say, yes it’s safe for him to do that, but is he able to perform at the level that he needs to, or wants to?”

Jackson has been praised throughout his career for his blend of talent; he’s a threat with his arm and his legs. But without his knee at 100%, he remains sidelined. And that leaves Ravens’ fans worrying and wondering about his future.