Todays Though > News > As the Chicago Cubs bullpen racks up innings, the heavy workload is testing the team’s relievers – Boston Herald
News

As the Chicago Cubs bullpen racks up innings, the heavy workload is testing the team’s relievers – Boston Herald 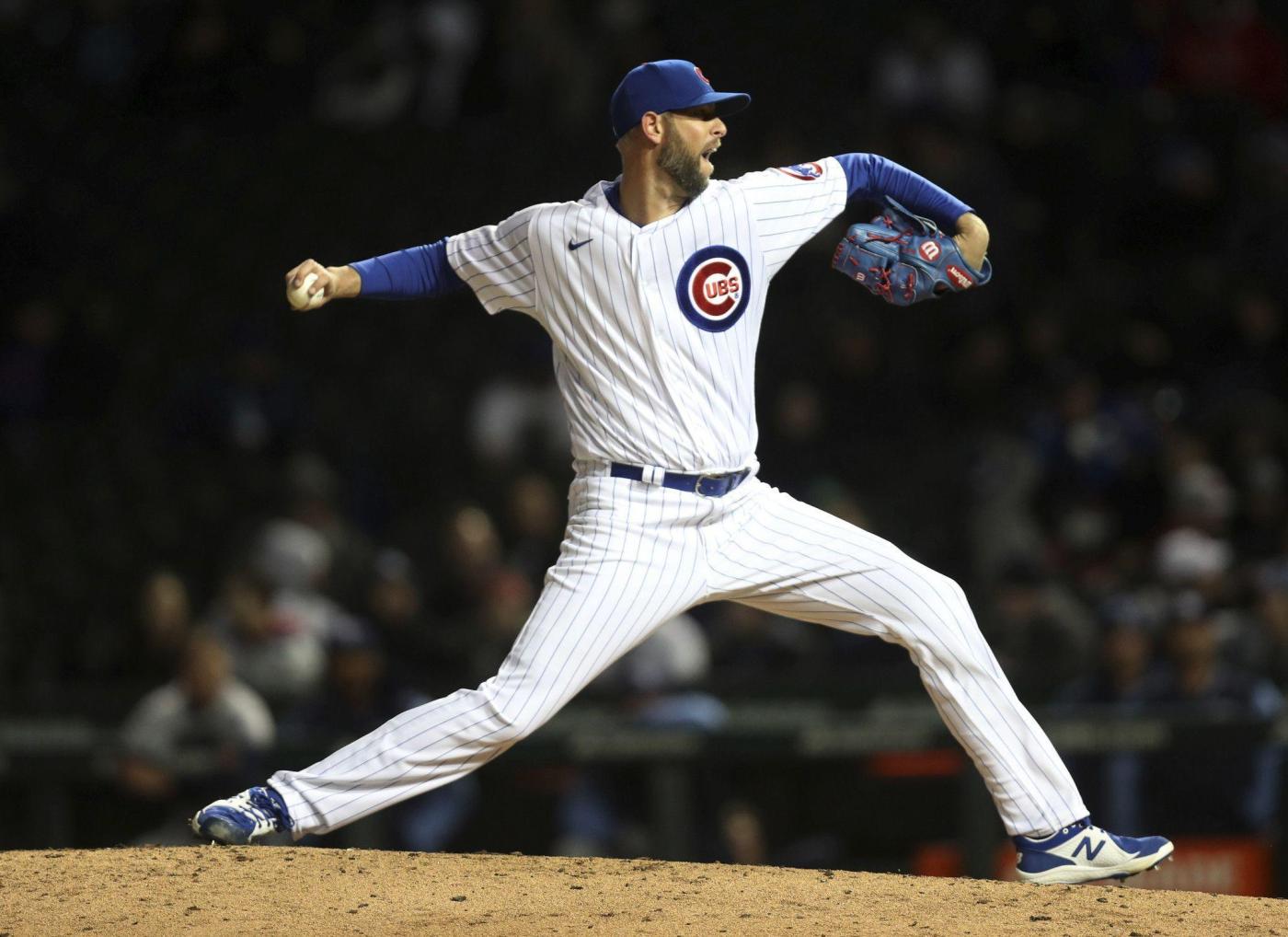 A strength for most of the season, Cubs relievers have been taxed by a rotation marred by injuries and stretches of short outings. Entering Monday, the Cubs’ 368⅓ relief innings ranked second in the majors, one-third of an inning behind the Tampa Bay Rays. No other team had thrown more than 355 innings out of the bullpen.

While Cubs relievers’ 26.1% strikeout rate ranks fifth, their .246 average against is fifth-worst and their 1.32 home runs per nine innings is second-worst. The Cubs bullpen owns a 15.1% home run per fly ball rate. Those high rates of balls in play can be the difference when a team is involved in as many close games as the Cubs have been this season.

Cubs starters haven’t consistently helped their counterparts in the bullpen. Without deeper starts and with a staff restricted to 13 pitchers, the Cubs’ 20% quality start rate — 29th in the majors and 15% below the league average — and 4.6 innings per start, tied for last, put continual pressure on the relievers and allow less margin for error.

The Cubs have held a lead in 31 of their 52 losses, including three of four games while getting swept last week at Dodger Stadium.

“We hadn’t been where we wanted to a couple of times from a starter’s length standpoint, but the bullpen has picked up the slack really nicely,” manager David Ross said Sunday. “A couple of hiccups here and there, but overall the body of work has been really, really nice.

“We’ve asked a lot of those guys and (they) understand where everybody’s at. Some days guys are hanging in and are dealing with little issues, but they continue to take the ball. Really pleased with how they’ve gone about their work and the way they’ve competed.”

A day off Monday and the four-day All-Star break next week will provide the bullpen much-needed rest. Right-hander Scott Effross’ 39 appearances are third in the majors, while right-hander Rowan Wick’s 36 outings and 36⅔ innings put him in the top 17 in both categories in the National League.

Veteran right-hander David Robertson had been one of the Cubs’ most consistent pitchers before blowing two saves in the last week. Robertson, 37, has thrown more innings in the first half than in the previous three years combined because of Tommy John surgery and his recovery.

“I’m tired of (stinking) out there, so I’m ready to turn it around and get some outs and not give up any more runs,” Robertson told the Tribune in Los Angeles. “We keep playing these tight one-run games with no room for error, and I just keep making mistake after mistake and can’t get the ball in the strike zone. And then when I do it’s a little too late.”

Robertson doesn’t believe his issues are related to mechanics. He attributes his recent inconsistency to his mindset.

“When I’ve been in the game, if I make a mistake it’s going to be game tied, so then I ended up walking guys and not making enough competitive pitches earlier in counts,” Robertson explained. “I’ve just got to make some better pitches at better times and be more efficient out there. I’m ready for the break to come, and then we can regroup and start over again.”

Ross often has relied on the veteran trio of Robertson, Mychal Givens and Chris Martin in late-inning situations. Givens has been on a roll the last three weeks. He hasn’t allowed a run in his last nine games (11 innings) with 12 strikeouts and four walks.

Martin also was in a groove between June 17 and July 6, making nine scoreless appearances while recording eight strikeouts with no walks. In two appearances against the Dodgers, he wasn’t as efficient, giving up two runs on four hits, including a home run, though he did not walk a batter.

Martin hasn’t issued a walk since May 26. He credits better command and getting ahead in the count for putting him in better positions to be aggressive.

Martin, part of the Atlanta Braves bullpen during their World Series title run last year, knows what it takes to succeed in the big leagues in his seventh season. He told the Tribune on Saturday that his right shoulder has been “barking” a little bit.

With the workload the Cubs bullpen has taken on, a worn-down relief corps has been challenged lately. Getting right-hander Marcus Stroman and left-hander Drew Smyly back over the weekend should help stabilize the rotation and get more innings out of the starters.

“It can get tough when you get in a situation where you’ve been throwing a lot,” Martin said. “You start getting tired and start wearing down a little bit, and I’m kind of going through that right now.

“I need to mentally lock in and stay focused on pitching instead of worrying about how my body feels and things like that when I’m out there. Just trying to get to that All-Star break right now.”