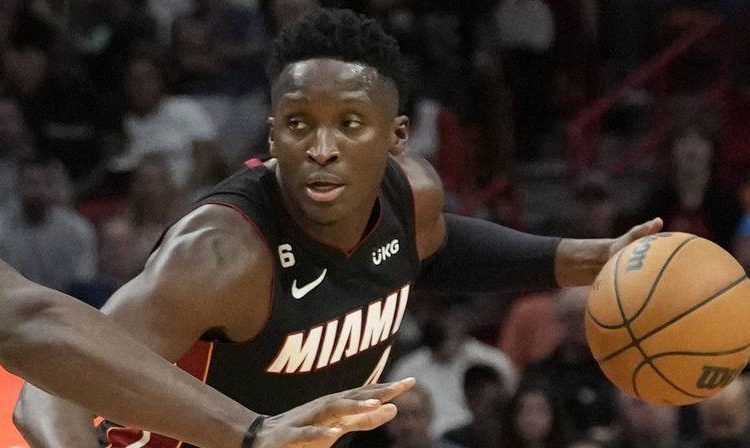 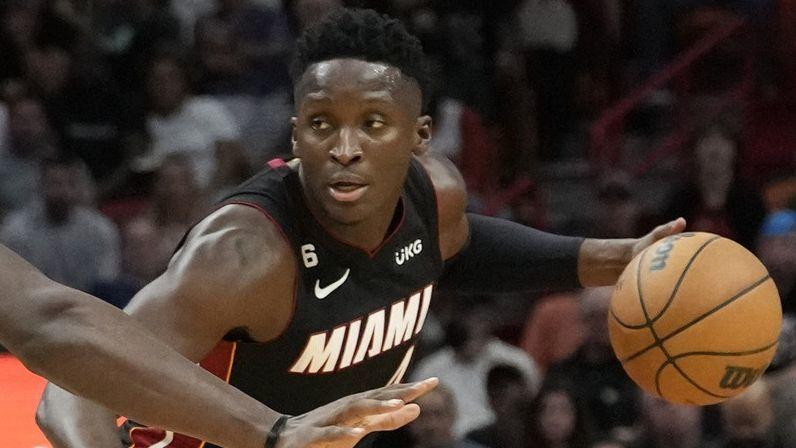 While it is one stop short of a complete nostalgia tour, with the Miami Heat not facing the Orlando Magic on this four-game trip, guard Victor Oladipo nonetheless finds himself in the midst of reliving his past.

Monday night delivered him to the place where he experienced his greatest NBA success and harshest injury reality, with the Heat opening the trip with a victory over the Indiana Pacers.

Wednesday night’s game against the Oklahoma City Thunder meant relieving the realities of here-today, gone-tomorrow NBA life, 2016-17 his lone season with the team.

Thursday night, it will be a meeting against his previous team, with the Rockets having dealt Oladipo to the Heat on March 25, 2021 for Kelly Olynyk and Avery Bradley.

Of all the stops, Monday’s assuredly will stand as the most poignant.

On Jan. 23, 2019, Oladipo suffered a career-altering ruptured quadriceps tendon in his right knee while playing for the Pacers. He has not been the same since.

So after Monday’s game, with teammates already dressed and into the Indianapolis chill, Oladipo returned to the spot at Gainbridge Fieldhouse where he suffered his debilitating injury. He then sat and reflected.

“Just understanding that my story and my journey is bigger than myself,” said Oladipo, who only now is rounding into form after a preseason setback with his left knee had him sidelined until last week. “When I fell there, however many years ago it was, I didn’t necessarily know what the future held.

“But I’m still fighting. I’m still going today. My journey, my purpose is not done.”

Monday marked the first time Oladipo was back to face the Pacers since being dealt by Indiana, his All-Star tenure there highlighted during a pregame video tribute.

“It just brought back some memories,” he said. “It definitely was good to remember.”

The time in Indiana came as an All-Star. The time in Oklahoma City came amid an emergence profound enough to entice the Pacers to acquire him in a trade that sent franchise icon Paul George to the Thunder. And the value to the Rockets was such that he was acquired from Oklahoma City in the four-team deal that sent James Harden from Houston to the Brooklyn Nets.

But that was then, before a pair of injury setbacks with the Heat.

Now there is a humility to his purpose, no matter where this latest chapter leads.

“He’s calm. He’s a pro’s pro,” Heat forward Jimmy Butler said. “He realizes the level of basketball that he can play, whether it’s starting or coming off the bench.

“He doesn’t let any of that stuff cloud him in any way, shape or form. His goal is still to win.”

The role now of the player selected at No. 2 in 2013 by the Magic (and subsequently traded three years later to the Thunder for Serge Ibaka) is of limited-minutes reserve, a 30-year-old being brought along patiently from his latest injury setback.

“It will get better,” Heat coach Erik Spoelstra said. “We’re really just at the beginning. His speed, his quickness, his burst, his athleticism, these are things our team needs, on both sides of the floor. He’s elite defensively on the ball. He’ll get a better handle of how we do things on the weak side. I think he’ll be extremely dynamic in all of our different schemes defensively. Offensively, he’ll build a rhythm.

“He’s a talent. I want to view this with the big picture. I’m not expecting all of it to happen in his first week, and we’re not going to force it either.”

In Indiana, there was no option but to pause to reflect.

Moving forward, it again is about what comes next.

“Things happen to everybody [The Pacers injury] happened to me. Who knows what happens to everyone else? Things happen to everybody. The way you build your character and who you are as a person is how you handle those moments. I’ve always been an optimist, a bright-side type of guy and focus on that, so I can maximize who I am. Even though what happened to me was catastrophic, that doesn’t mean I can’t still be happy and I can’t still come back from it and be my best self.”