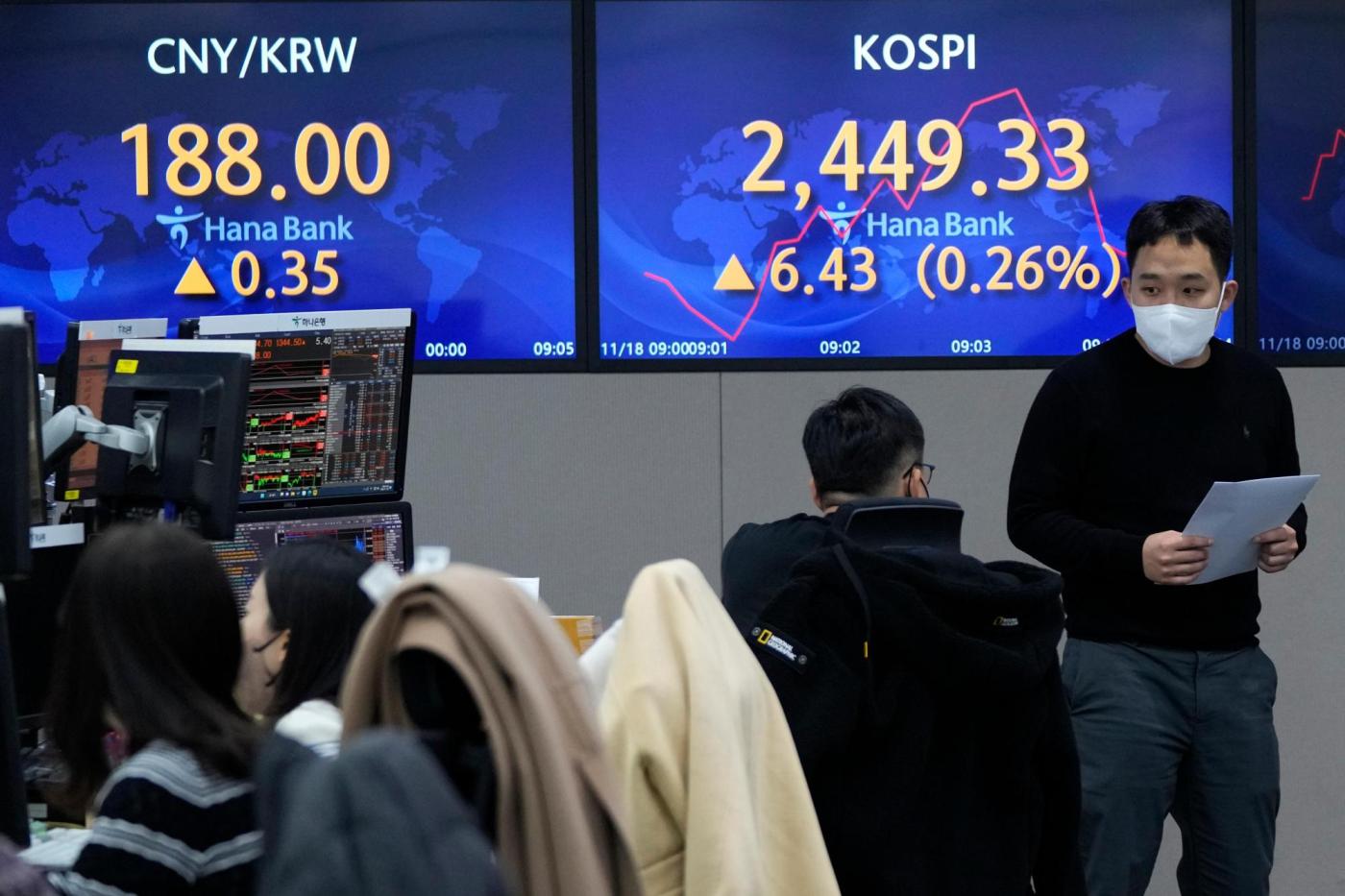 Wall Street’s benchmark S&P 500 index lost 0.3% on Thursday after a Fed official indicated the U.S. central bank might need to raise its key lending rate as high as almost double its already elevated level to rein in price increases. Officials warned previously that rates might have to be kept high for an extended period, but traders hoped signs of slowing economic activity might cause the Fed to back off those plans.

Traders worry unusually large rate hikes this year by the Fed and central banks in Europe and Asia to stop inflation that is at multi-decade highs might tip the global economy into recession.

The major indexes are all headed for weekly losses.

Traders expect the Fed to raise its benchmark lending rate again at its December meeting but by half a percentage point after four straight 0.75 percentage point increases, three times its usual margin.

The president of the Federal Reserve Bank of St. Louis reaffirmed the Fed’s position in a presentation Thursday. James Bullard suggested the Fed’s key short-term lending rate may have to rise to between 5% and 7%.

That would require more sharp increases in the Fed’s benchmark rate, which stands at 3.75% to 4%, up from close to zero in March.

The presentation from Bullard follows reports showing inflation is starting to ease but still hot as consumers keep spending amid a very strong jobs market.

“The latest round of Fed speak reminded us that policymakers could remain very hawkish,” said Edward Moya of Oanda in a report. “The Fed may need to continue hiking beyond February.”

Investors also worry about the impact of Russia’s war on Ukraine — which has pushed up prices of oil, wheat and other commodities — and increased anti-virus controls in China.