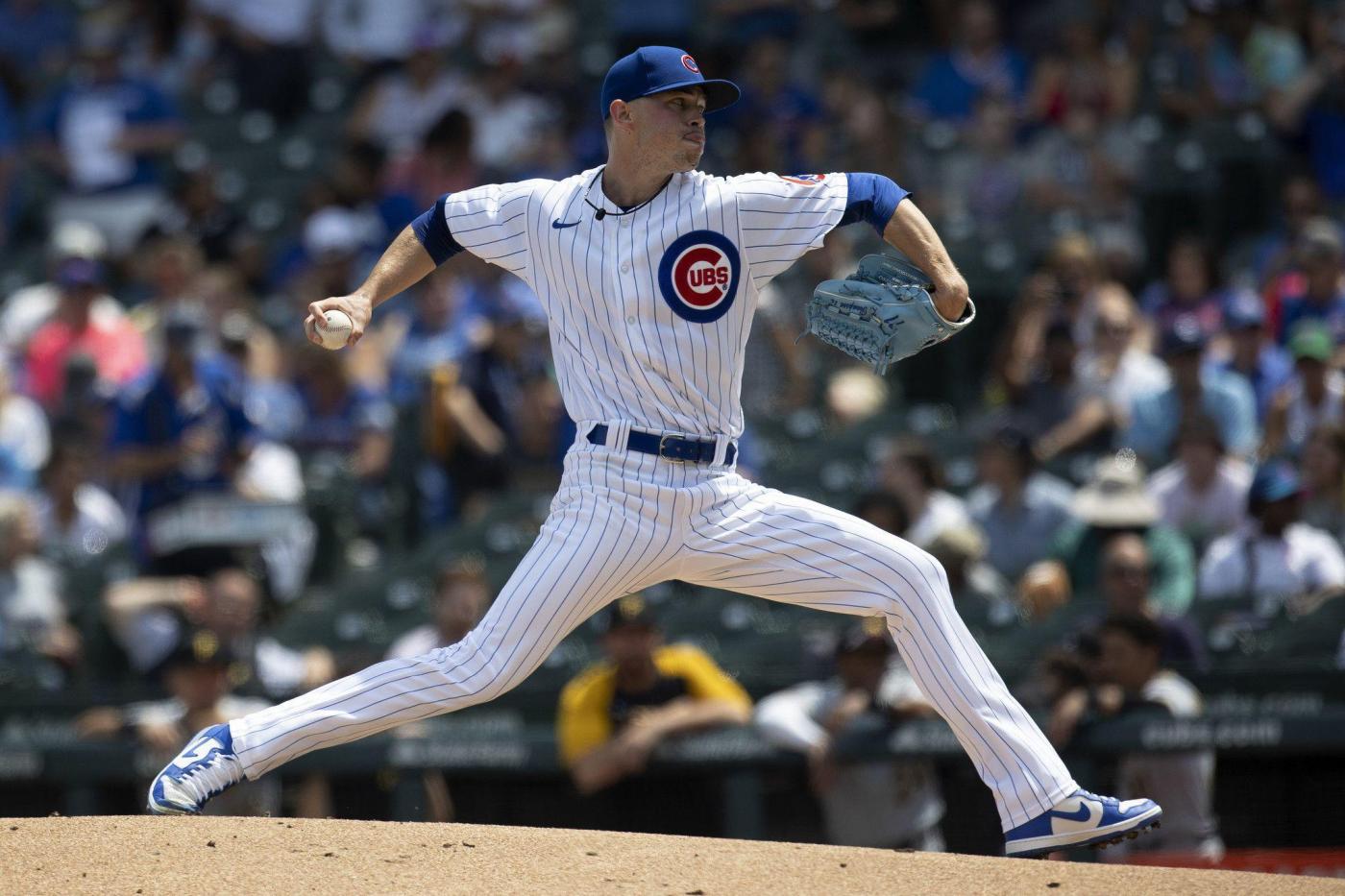 Homegrown players in the major leagues is the ideal outcome when an organization invests in draft picks and amateur signings.

It’s the best way to consistently replenish talent, and developing players — especially pitchers — frees up resources to allocate elsewhere on a roster. The emergence of left-hander Justin Steele and right-hander Keegan Thompson as bona fide big-league starters could allow the Chicago Cubs to invest more heavily this offseason in an offensive game-changer.

Five of them are pitching at either Double-A Tennessee or Triple-A Iowa. The caliber of arms reaching the upper levels of the minors is an encouraging development for the Cubs and the possibility of turning things around quickly to consistently contend for the postseason again.

Before the Cubs’ 3-2 win over the Washington Nationals on Wednesday at Nationals Park, assistant general manager and vice president of pitching Craig Breslow discussed a variety of topics, including the organization’s recent development of minor-league arms.

“Pitching development can be fickle at times, so there’s a ton of value in having a bunch of guys at every level that we see as future big-league contributors,” Breslow said. “And it’s not always the guys that we had anticipated going into the season, which is a credit to the work that they put in, the staff, the resources that we have available here.

“We’re getting a clearer picture of the guys that we have in our system who are going to contribute to major-league wins, and then alongside that, you have the chance to complement and fill in spaces, which is a much easier task than trying to create a roster externally.”

Kilian, the Cubs’ top pitching prospect at the time of his debut, made three starts in June in which he struggled with his command, a supposed strength for the 25-year-old. He walked 12 hitters in 11⅓ innings while allowing 15 runs (13 earned).

Kilian has pitched better at Iowa over his last four outings, though he recorded six walks in one of those starts. Even so, he clearly is building momentum as the minor-league season winds down. Breslow said Kilian is in a great place mentally and physically.

“There’s pressure that comes with being a highly touted pitching prospect and getting to the big leagues and maybe things not going exactly as planned,” Breslow said. “But even the All-Star break, giving him a chance to catch his breath, coming back and just getting back to his identity.”

The Cubs wanted to simplify things for Kilian and address what kind of pitcher he is when he’s at his best. The messaging and plan of attack centers on Kilian pounding the strike zone with his heavy sinker. The Cubs want Kilian to embrace that approach and build off it.

“That’s kind of become the backbone to his success over the last handful of starts,” Breslow said. “And obviously our hope is that trajectory will continue because he’s got all of the ingredients to be a legitimate major-league pitcher.”

It’s unclear whether the Cubs will give Kilian another look in the majors down the stretch. They will be monitoring Steele’s and Thompson’s workloads over the final six weeks, but pitching coach Tommy Hottovy said in June he would like to see both pitchers get through a full season to set them up for next year.

The Cubs could build in extra rest or skip a start to ensure the two pitchers — both positioned to exceed career highs in innings pitched — can pitch into October. That could create spot starting opportunities for someone such as Kilian. Veteran left-hander Wade Miley appears on the verge of rejoining the team, too, after his rehab start Tuesday at Iowa.

Breslow was noncommittal on whether the Cubs value getting Kilian more big-league innings this year.

Using the bullpen as a developmental tool

Thompson and Steele are prime examples of how easing pitchers into the big leagues through the bullpen can be beneficial.

Both got their first big-league experience out of the bullpen last year before going back to the minors to build up and return as starters. Steele and Thompson have acknowledged how those innings in the rotation during the final weeks of 2021 helped prepare them for this season.

Breslow said the Cubs have had ongoing conversations about possibly employing that tactic with other top pitchers in their system.

This blueprint allows the Cubs to control the environment, opponent and game situation when easing a starting pitcher into the majors. But if they take that route, they want to make sure they are exposing those pitchers to a relief role in the minors before they’re pitching out of the bullpen in front of the largest crowds of their pro careers.

“We have adopted some of those approaches in the minor leagues where we’ll piggyback guys and flip-flop them,” Breslow said, “just to make sure they understand you’re not going to be able to long toss in the outfield and then go throw 45 pitches and sit down. Somebody’s going to call on you and you need to get up and go in. So I do think that’s worked out successfully.”