Astros only team this season to give Bombers problems – Boston Herald 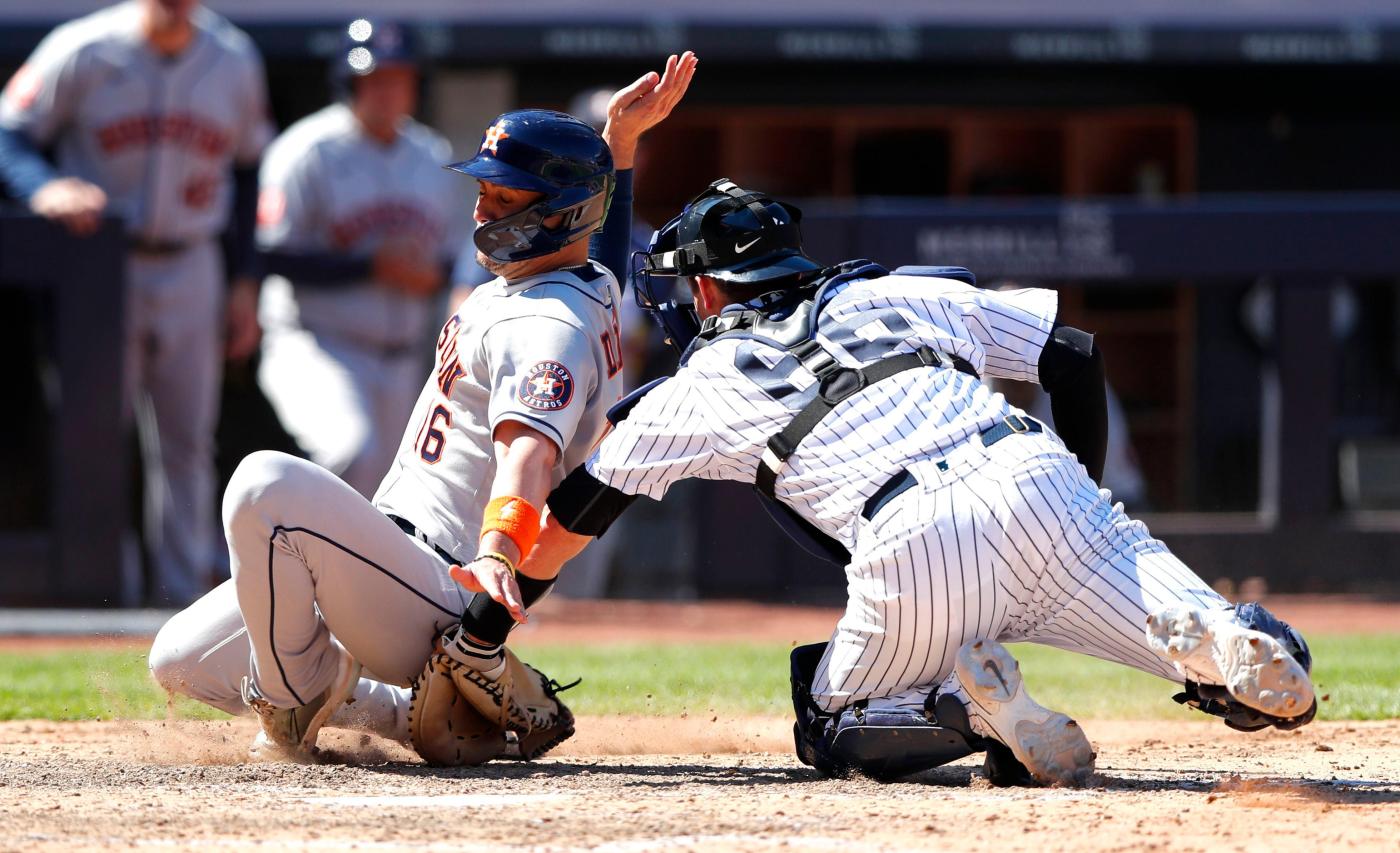 HOUSTON — Entering their brief one-game stay in Houston on Thursday, the Yankees have played 14 different teams this season. The Astros are the only one they don’t have a winning record against.

After splitting their four-game series at Yankee Stadium last weekend, one that Aaron Boone called “energetic” and “intense,” the Bombers have an .500 winning percentage against the Astros. The Yankees have a perfect winning percentage against five different teams (Cubs, Guardians, Royals, Angels and Athletics) and eked out a 4-3 record in their seven games against the White Sox, the only other team to really give them trouble in 2022.

As such, an Astros win on Thursday night will make them the only team with a winning record against the Yankees this season. The one-game series at Minute Maid Park is the result of MLB postponing its opening week games during the lockout. Because of this, the Yankees do not play a traditional series in Houston all year. They have one game on Thursday, then come back for a doubleheader on July 21 that will close the book on their Astros’ meetings.

“Any time you’re playing against a team this good, and obviously there’s a rivalry that exists, that gives you a little shot,” Boone said. “There’s spots on the calendar throughout the grind of the season that probably give you a little extra, but also, it’s June.”

Everyone and their mother expects these teams to meet again in the postseason, creating another opportunity for them to renew their warm and fuzzy feelings for each other. The schedule right now has been strange for the Yankees, though it really hasn’t slowed them down at all.

“The one-off game here in the middle of 20 in a row — we’ve had a tough stretch here where we’ve gotten in at five in the morning, played day games after night games — that can be a grind,” Boone said. “When you add in a really good opponent to the mix, yeah, it definitely makes it a little more challenging. But every major league team has to go through those challenges.”

Since Boone took over in 2018, the Yankees have a 12-8 regular-season record against the Astros. Things haven’t been as easy in Houston, though, where they’ve won five games and lost five games. Of course, the 2019 American League Championship Series far outweighs those regular-season games. The Astros took that series in six games to advance to the World Series, beating the Yankees at home in the decisive Game 6.

Aaron Hicks, Aaron Judge and Luis Severino are the only players on the Yankees’ current active roster who played in the 2017 ALCS, which the Astros won in seven by taking every game in Houston. Chad Green and Aroldis Chapman both pitched in that series but are on the injured list right now.

The Yankees have been without Chapman for over a month. The 34-year-old closer has not pitched in a big-league game since May 22 as he makes his way back from an Achilles injury. He did pitch three times in the minors (once in Triple-A, twice in Double-A) and recorded a scoreless inning each time. Prior to Thursday’s game, Boone explained when Chapman would be back in the bigs.

“He’ll be activated [Friday],” Boone said. “We’ll pick spots to get him in, try to get him in spots where he can be successful. It could be anywhere from high-leverage situations to mid-leverage to low-leverage.”

Boone went on to say that the hitters in the batter’s box will be heavily considered, perhaps even more than the inning.

“I’m not going to be tied to anything, especially initially. If there’s a part of the lineup where we feel like he can go in and be successful against, then I won’t hesitate.”

There were also some problems in Chapman’s delivery that led to some of his struggles before hitting the injured list. Boone knows that if all the parts are working, though, Chapman is a problem for the other team.

“The thing with Chappy is, if he’s in his delivery and throwing strikes, it’s going to be dynamic right away,” Boone offered. “If he’s right, he can dominate.”

On Thursday night in Houston’s juice box, Giancarlo Stanton made his first start of the year in left field. Before the game, Boone gave his reasoning for the move.

“It’s just a smaller left [field] here,” Boone said. “Joey [Gallo] has been playing a great right field. Obviously, we got Boston coming up, so I’ll probably have Giancarlo in left field there as well.”