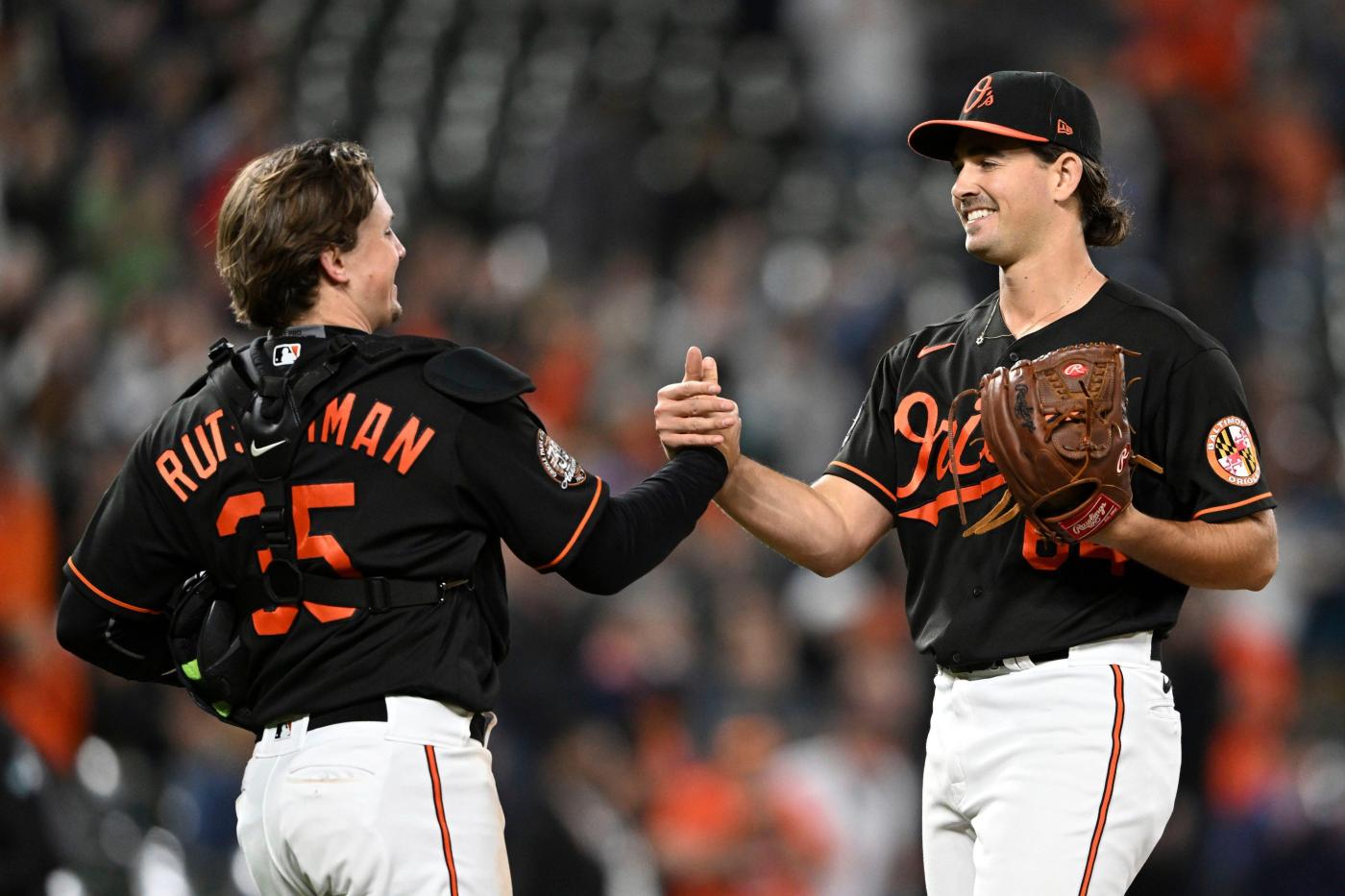 The result was what he wanted, but Milwaukee Brewers ace Corbin Burnes shouted into his glove anyway. In that early season matchup with the Orioles, Burnes missed his spot. He didn’t care that the mistake didn’t cost him anything, that the batter swung through the pitch for strike three — he still missed his spot.

Looking on, Orioles right-hander Dean Kremer found a certain level of respect for Burnes in that moment.

“I’m the same way,” Kremer explained nearly six months later, the minute reaction sticking with the 26-year-old throughout his first full season in the major leagues. “Even if it works, in the long run, I’d rather execute than get lucky.”

That’s what makes Kremer tick. Between innings, as Kremer sat in the dugout, the starting pitcher would occasionally be seen smacking himself over the head with his own glove — “I’ve probably done that a thousand times this year,” Kremer admitted. His scowl on the mound illustrates whenever he feels he could’ve done better, and his straight-faced composure masks most of his triumphs.

Kremer is never satisfied. To be more precise: Whenever he is satisfied, his thoughts fire forward to the next challenge as part of a perfectionist streak that’s been with him for as long as he can remember. And in his mind, that perfectionism is what helped him reach Baltimore. It’s what helped Kremer lead the Orioles’ rotation with a 3.23 ERA in 125 1/3 innings this season.

That career year didn’t temper Kremer’s makeup in any way; it only propelled him into the offseason with a new set of targets. He wants to improve his consistency, as well as the variation between his four-seam fastball and sinker. He wants to increase velocity and aims to prepare his body to throw more than 150 innings next year.

It’s all part of a mentality that leaves Kremer incapable of settling for where he’s at, and it could springboard him to an even better year for the Orioles in 2023.

“When I do that, intentionally or unintentionally, it brings out a better competitiveness in myself to execute,” Kremer said. “And it’s how I’ve always done it.”

His father is the same way, and it either transferred genetically or rubbed off on Kremer over time. But Kremer noticed his perfectionism reach a new level at San Joaquin Delta College in California. In his bullpen sessions, a miss of a couple of inches would leave him shaking his head.

“Not good enough,” Kremer told himself. “Do it again.”

And so he did.

It took time to better differentiate between practice and game scenarios. Kremer might smack himself with his glove occasionally in a game, but he knows he needs to move on to the next pitch quickly.

Doing so carried him from junior college to UNLV and to the big leagues. In 2021, though, when Kremer recorded a 7.55 ERA in 13 starts, he said he was caught up in too many details and got away from himself on the mound.

At the end of the best season of his major league career, Kremer felt as though he had better balance — a critical eye when evaluating his outings yet less prone to ignore the positives altogether. He set himself up for an October vacation before beginning workouts in November at Push Performance in Arizona. Once there, Kremer’s high-level drive will kick in once more.

“I’m always going to be chasing velocity. I want to touch that 100 [mph] mark, because I think my body has the potential to do it,” Kremer said. “I’ve got to figure out where I’m lacking, whether it’s the strength department, explosiveness department, or I don’t know. I have to do trial and error.”

The fastest pitch Kremer recorded this season was at 97 mph, according to Statcast. Kremer feels he could touch 98 mph if he wanted to, and as a reliever, the top-end velocity could creep toward triple digits.

But as a starter, how possible is it for Kremer to reach his goal of hitting 100 mph? He paused before answering.

“I don’t know. I’d like to think so, based on how I move and athleticism and whatnot, but obviously the guys who throw 100 are special,” Kremer said. “They all do one thing really well, whether it be the way their body moves, how fast their arm moves, whatever the case may be, every guy who throws 100 does one thing really, really well.

“I have to figure out what that is for me and kind of work from there. Is it feasible? I don’t know. I think everybody has their genetic ceiling. I don’t know what mine is. I don’t feel like I’ve reached mine yet.”

It would go against who Kremer is if he felt as though he’d already maxed out his potential. So this offseason he’ll chase triple digits, all while holding himself to the perfect standard that has helped him reach this level.