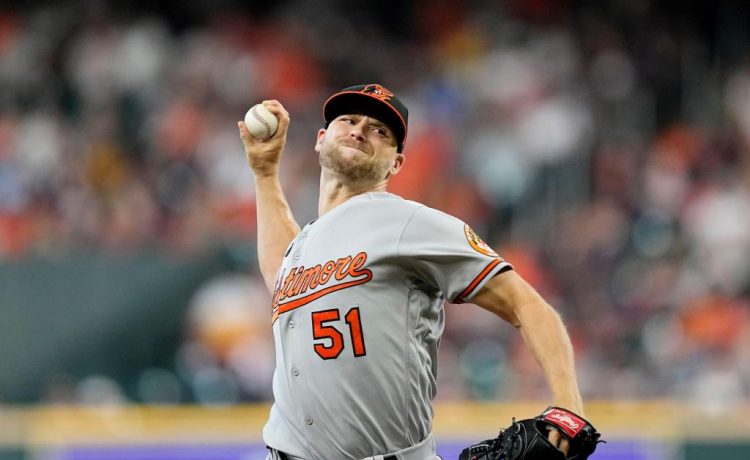 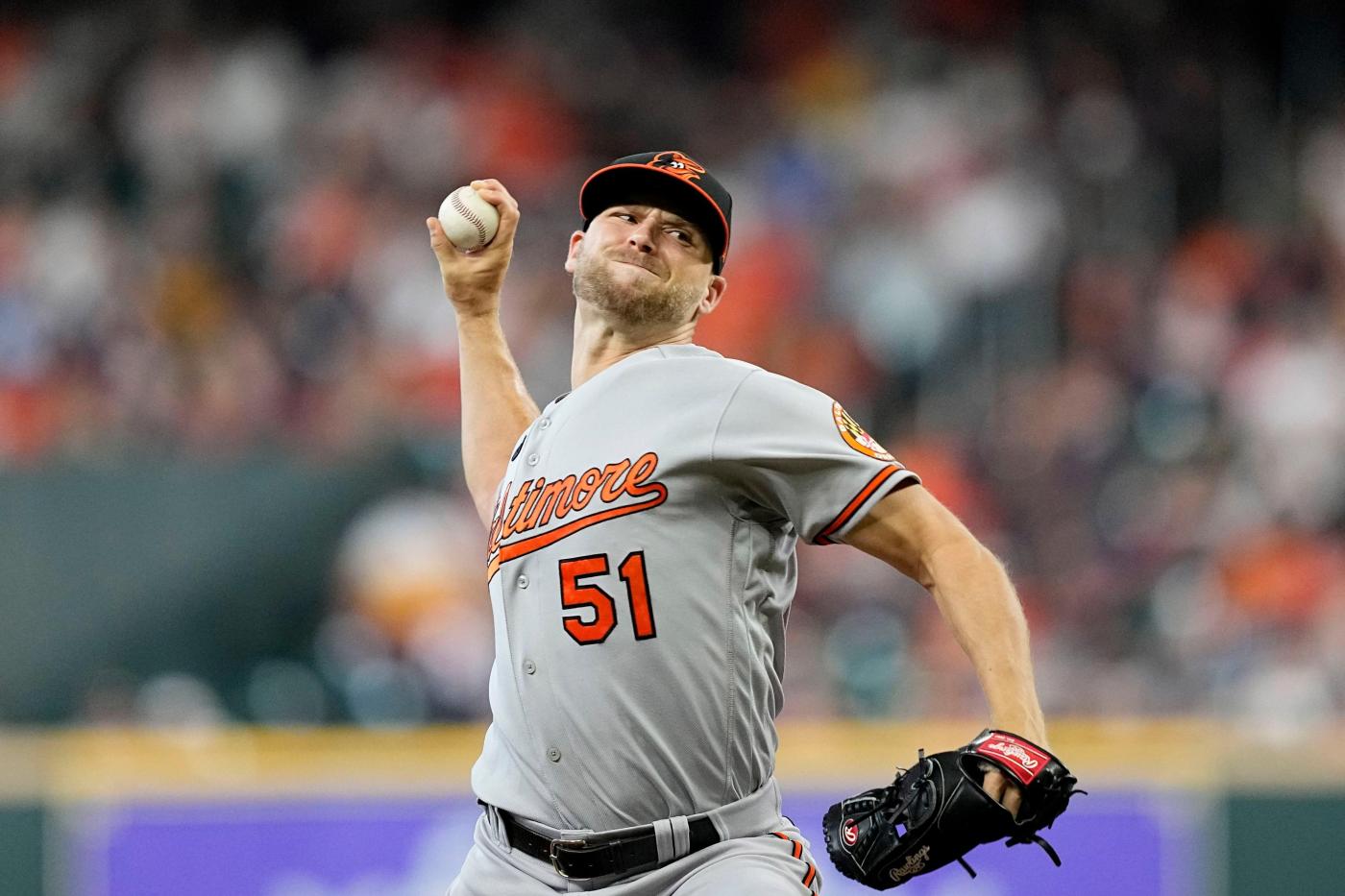 Pulled in with the rest of the Orioles’ infielders, Rougned Odor dove to his left, Yuli Gurriel’s sharp grounder just out his reach. Two innings later, the same was true of Rafael Montero’s two-strike changeup the Orioles’ second baseman saw while representing the go-ahead run in the ninth inning.

Gurriel’s two-run single in Sunday’s seventh inning provided the Houston Astros with their first lead over the Orioles in more than five game’s worth of innings, and it proved enough to deny Baltimore a second straight sweep at Minute Maid Park with a 3-1 victory. Montero struck out Odor with two runners on for the final out to complete a series the Orioles won but wasted many scoring opportunities, even after American League Cy Young Award frontrunner Justin Verlander unexpectedly exited early.

“Our pitching has been outstanding this entire series,” manager Brandon Hyde said. “We’ve got to start swinging the bat a little bit. Offensively, we need to start scoring some more runs, but I was really happy with the effort this series.”

The Astros had gone 47 innings without a lead against the Orioles dating to last season before Gurriel’s knock off Bryan Baker, with Baltimore claiming the first two games of the series behind dominant pitching performances from young starters Kyle Bradish and Dean Kremer. Sunday, Austin Voth matched them exactly by holding the AL’s best team to one hit through six innings before allowing the leadoff man to reach in the seventh.

The walk to Alex Bregman chased Voth after what had been six scoreless innings, giving Baltimore (67-60) a full turn through its rotation with all five starters working that deep. Even as the Orioles’ rotation has averaged more than six innings per start over the past dozen games, Hyde has still relied heavily on his primary bullpen trio of Dillon Tate, Cionel Pérez and Félix Bautista. Instead, he deployed Baker behind Voth.

A double from Kyle Tucker put two in scoring position for longtime Oriole Trey Mancini, who struck out for the fifth time in 10 at-bats in his first series against his former team. But Gurriel’s single through the right side past a diving Odor ignited the 31,559 announced in attendance. The hit drove in more runs than Houston scored in the series’ first two games, with one of those scores on Voth’s line to leave Baltimore’s rotation ERA at 2.19 over the past 12 games. It marked the third time in four outings Baker allowed a run.

Joey Krehbiel managed to leave the bases loaded behind Baker but allowed a home run to Bregman in the eighth. An Orioles offense that also had its struggles in the series was shut out until the ninth, forcing the club to settle for a series win while remaining 1 1/2 games out of a wild-card spot.

“We’re continuing to prove people wrong,” Voth said. “I think a lot of people just count us out going into a series, and they shouldn’t. We’re a good club, and we can compete.”

A break but no breakthrough

The Orioles were always going to have a challenge in front of them Sunday facing Verlander. Even when he left the game after three innings with right calf discomfort, they were then faced with the task of taking on the best bullpen in the majors.

Their first two batters singled off him, but Verlander recovered to strike out the next three Orioles in a 28-pitch first. They got two men on against him in the third, but Robinson Chirinos initially broke for third before holding at second on a flyout to center while Cedric Mullins tagged up from first, leading to an unnecessary out on the bases to end the inning.

It also ended Verlander’s outing after 60 pitches. Houston starters averaged 19.4 pitches per inning in the series, but the Orioles rarely capitalized on that, getting two hits in their first 20 at-bats with runners in scoring position in the series.

“Would like to get a lead in that type of a game and didn’t do it,” Hyde said. “I thought our at-bats were good off him. We just did not swing the bat off their bullpen, and it’s a good bullpen.

“We just couldn’t get anything going, unfortunately.”

Houston’s bullpen, which entered play leading baseball in relief ERA, did not give the Orioles another scoring opportunity over the next five innings. Their best chance was erased when Jorge Mateo was tagged out at third trying to extend a double in the fifth.

It marked Baltimore’s only hit off a Houston reliever until Anthony Santander’s one-out double in the ninth. He eventually scored on a single from Austin Hays before pinch-hitter Kyle Stowers singled off Gurriel’s glove at first. Odor worked the count full before striking out, leaving Baltimore 3-for-22 with a runner at second or third base in the series.

“We had a couple opportunities, just needed that big hit,” Hays said. “We just couldn’t get the big hit tonight.

“We’ve got a bullpen that has been doing great all year and our starting pitching is, I think, just starting to hit their stride, so I think that combination — just get a little more offense going. We’ve done a better job recently of getting things going earlier in the game. We’ve done a great job all year scoring in the later innings, so the progress of making the starters throw more pitches and having better at-bats early in the game has been a good adjustment for us. I think our team’s starting to show what we can do and what we could do in the playoffs.”

>> Hyde said right-hander Tyler Wells (left oblique strain) was due for a simulated game either Sunday or Monday. The Orioles are still determining whether he returns as a starter or reliever, with Hyde noting the building up for the former will cause Wells to take longer to return.

>> Outfielder Colton Cowser, the fifth overall pick in last year’s draft and the Orioles’ No. 5 prospect according to Baseball America, hit a walk-off home run Sunday for Double-A Bowie, where he’s hitting .341 with a 1.037 OPS in 49 games.