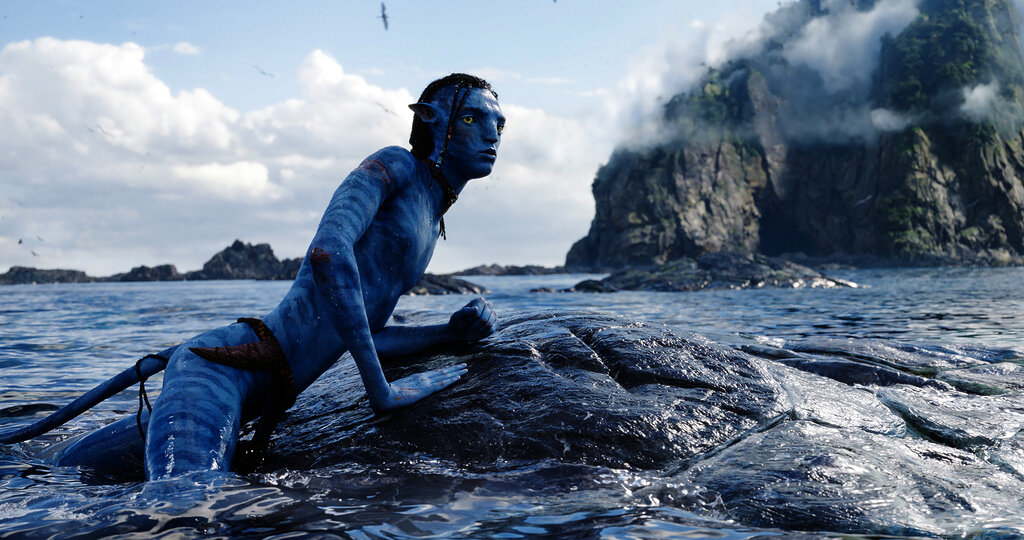 “Avatar: The Way of Water ” didn’t make quite as big of a splash as many assumed it would, but James Cameron’s big budget spectacle still helped breathe life into the box office this weekend.

The sequel earned $134 million from North American theaters and $300.5 million internationally for a $434.5 million global debut, according to studio estimates on Sunday.

It tied with “The Batman” as the fourth highest domestic debut of the year, behind “Doctor Strange in the Multiverse of Madness” ($187.4 million in May), “Black Panther: Wakanda Forever,” ($181 million in November) and “Thor: Love and Thunder” ($144.2 million in July).

Expectations were enormous for “Avatar 2,” which carried a reported price tag of over $350 million, the pressure of following up the highest grossing film of all time (thanks in part to various re-releases) over a decade later and the daunting task of propping up an exhibition business that’s still far from normal.

Going into the weekend many were expecting a domestic debut of at least $150 million. Some even said $175 or higher, but tracking has also not been as reliable a metric during the pandemic.

Disney saw early that “The Way of Water” was going to be a different kind of beast when they looked at pre-sales. For a normal, spoiler-heavy movie like many Marvel offerings, post-opening weekend sales are usually around 5%. For “The Way of Water,” they were at 20%. In other words, the company knew that tracking was overinflated.

“We’ve got a terrific movie that is playing across all demographics and (has) terrific word of mouth,” said Tony Chambers, the Walt Disney Co.’s executive vice president for theatrical distribution. “We’ve got the screens and we’ve got a clear run. This isn’t about the opening day or the opening weekend. This is about the entire run.”

The film began its international rollout on Wednesday and debuted in North America on Thursday evening. Domestically, “Avatar: The Way of Water” was released in 4,202 theaters on over 12,000 screens, 400 of which were IMAX 3D. The studio and filmmakers bet big on the draw, and higher prices, of the 3D format and premium large screens.

By the end of Friday, “Avatar: The Way of Water” had already earned $53 million in the U.S. and Canada and $180.1 million globally, aided by a China release — the first major Hollywood release in the country since “Minions: The Rise of Gru” in August. It blows “Avatar’s” $26.7 million first day in 2009 out of the water, though that didn’t include Thursday previews.

“Historically James Cameron’s movies are about the long haul, not the opening weekend,” said Paul Dergarabedian, the senior media analyst for Comscore. “‘Avatar’ is going to develop its box office over time. It’s about where it will end up months from now.”