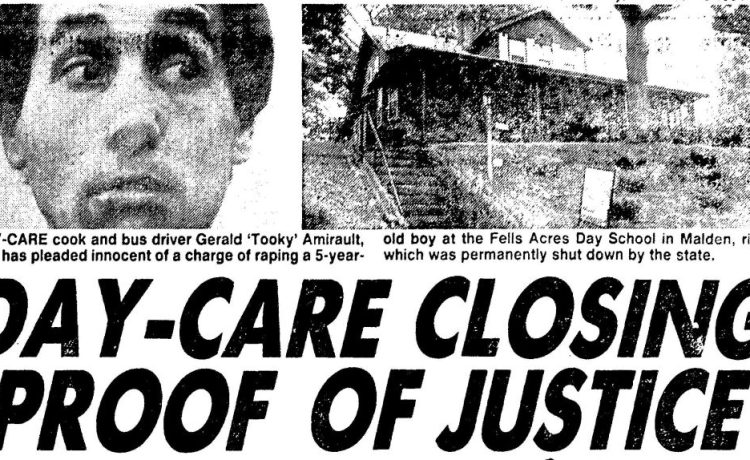 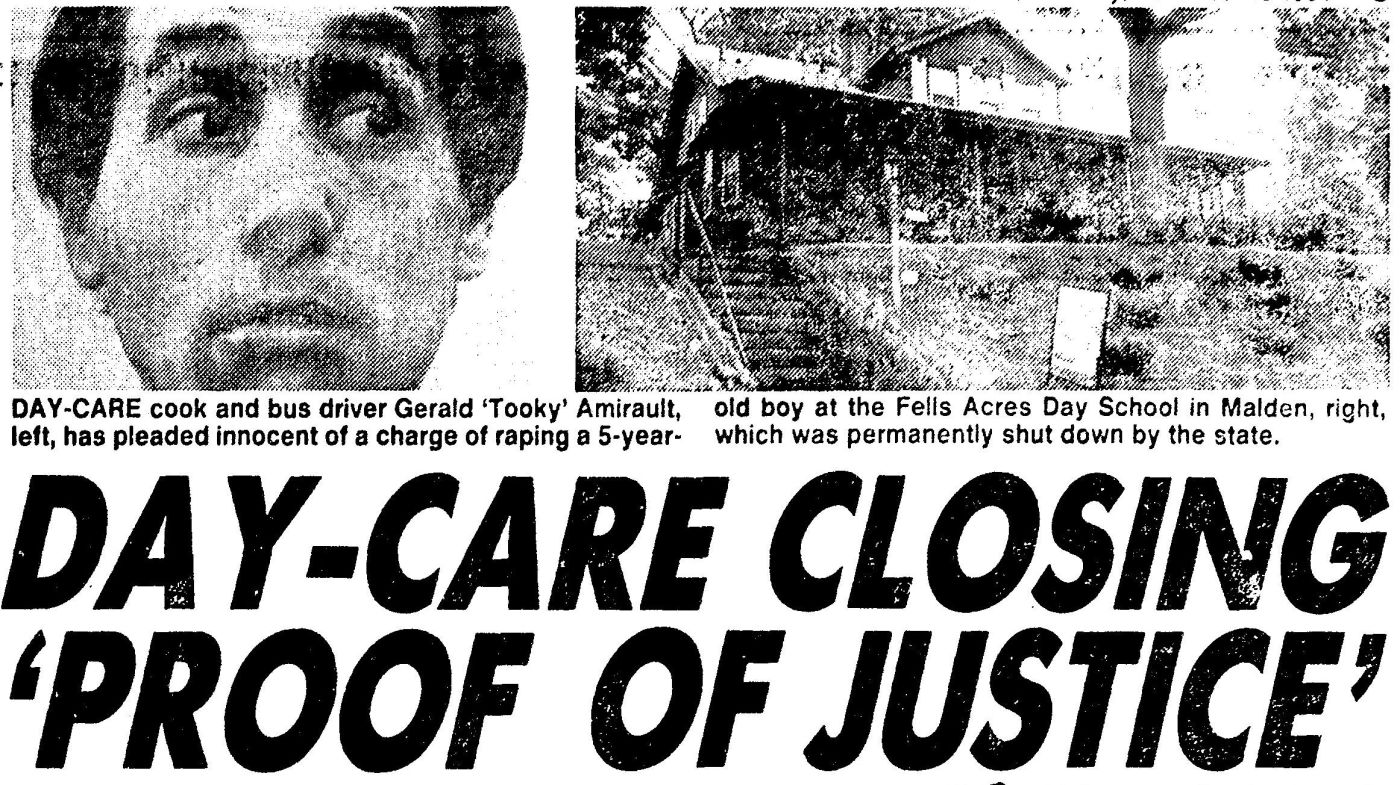 Over the course of several hours of tense testimony and pointed questioning, councilors heard from supporters and opponents of pardoning Gerald “Tooky” Amirault and Cheryl Amirault LeFave, both of whom were convicted, served prison sentences and today remain on the state’s sexual offender registry while maintaining their innocence all along the way.

Laurence Hardoon, who was the lead prosecutor that secured convictions for the Amiraults, urged councilors not to fulfill Baker’s request, arguing that the trial and a string of subsequent appeals — including six rulings by the Supreme Judicial Court — indicate there is no evidence indicating the duo were victims of improper investigatory tactics as they allege.

“This matter is not a public referendum. It’s not a popularity contest. I am sure the petitioners are indeed very personable individuals. The letters they have provided in support speak to that. I’m not suggesting they should be back in prison, nor is anyone else I’m aware of. They have served their sentences. Gerald does not need to be on an ankle bracelet — I was surprised, frankly, to learn that he still was,” Hardoon said. “However, there is no justification for a pardon that will be promoted by the petitioners and echoed by the media as a wrongful conviction that nullifies the long, solid legal history of these cases and that seeks to nullify the painful, emotional turmoil that the victims and their families have lived with to this very day.”

Hardoon warned that awarding pardons would carry future repercussions as well by “casting a pall over other children who will not be believed” based on the council’s ruling.

Along with their mother, Violet, Gerald and Cheryl Amirault were convicted of sexually abusing children at the Malden day care center they operated in a case that generated national attention.

The arguments Sultan and other speakers made on the Amiraults’ behalf took two different tracks on Tuesday.

Sultan went back and forth with councilors for nearly two hours about the case itself, alleging that the children involved produced their testimony in response to “repetitive, suggestive and coercive questioning” that would not be used today — roughly the same line of argument that Baker made when he proposed the pardons.

He said investigators were “in the Dark Ages back in the 1980s of how to properly question young children in a non-suggestive, non-coercive fashion.”

“The unjust convictions of the Amiraults based on such tainted testimony are a relic of an earlier time, the product of widespread hysteria and investigative blunders that will never be repeated in our state,” Sultan said.

Other speakers, including Gerald’s wife, Patty, and daughter, Katie, described an emotional toll they have withstood over the past three-plus decades as a result of the Amiraults’ imprisonment followed by stringent parole requirements and ongoing registration as sex offenders.

Gerald is still unable to find employment because of his history, Patty said, despite repeated efforts to do so, and he faces a nightly curfew to return home as part of his parole.

“It’s time to put an end to this ordeal and let this good man, his amazing sister, our children and our family finally have some peace,” Patty Amirault said.

Councilors were still hearing testimony as the hearing stretched past the four-hour mark, and it was not immediately clear Tuesday evening when — or even whether — they would vote on the pardon recommendations.

Several councilors on the eight-member panel hinted they are uncomfortable with the proposal or frustrated about the process.

Councilor Christopher Iannella of Boston criticized the Amiraults’ attorney for referring to “alleged victims” instead of “victims.”

Councilor Marilyn Devaney of Watertown said she has a personal friend whose child “was at that daycare, and she was sexually abused.” Devaney described graphic details involving both her friend’s child and other children that she said were signs of abuse.

“This is not a pardon. This person doesn’t deserve a pardon,” Devaney said. “There are people who are drug addicted, there are people that he ruined their lives forever, and he can’t wear shorts because he has an ankle bracelet, okay? He could travel, but he has to go through certain things. He has to tell them that he’s going someplace or whatever. He doesn’t have such a terrible life, but those people live with it.”

“I stand by the Parole Board. God bless every one of them for voting no,” Devaney added.

Later in the hearing, in an apparent reference to Devaney, Councilor Eileen Duff said, “I don’t know people who were molested. I think that would make me — I think I’d have to recuse myself, frankly, if I did.”

Duff said after reviewing clemency guidelines “over and over and over,” she believes Gerald is eligible for a commutation but not for a pardon.

Neither Gerald nor Cheryl attended Tuesday’s State House hearing, a step that both Sultan and Councilor Terry Kennedy said were Kennedy’s idea.

“I asked them not to come because it’s not a trial,” Kennedy, who presided over the hearing, said. “The temperature will be a lot lower without them here. I think everybody would have a pretty good idea what they would say because they’ve been saying it for the last 38 years.”

Baker bucked the recommendations of the board, whose members he appoints, and on Nov. 18 proposed pardoning Gerald and Cheryl Amirault. His move was in effect an inverse of 2002, when the Parole Board unanimously recommended commutation for Gerald Amirault and Acting Gov. Jane Swift rejected that step.

When he announced his pardon proposal, Baker said in a one-paragraph statement that the investigation into and prosecution of the Amiraults “took place without the benefit of scientific studies that have in the intervening years led to widespread adoption of investigative protocols designed to protect objectivity and reliability in the investigation of child sex abuse cases.”

“Given the absence of these protections in these cases, and like many others who have reviewed the record of these convictions over the years, including legal experts, social scientists and even several judges charged with reviewing the cases, I am left with grave doubt regarding the evidentiary strength of these convictions,” Baker said in his statement. “As measured by the standard we require of our system of justice, Gerald Amirault and Cheryl Amirault Lefave ought to be pardoned.”

Several councilors grew animated over the course of the hearing, expressing frustration that Baker did not provide more information for their review about why he believes the pardons are warranted.

“Here’s the problem I’m having. You said the governor did a rigorous deep dive — I’m paraphrasing — into this and decided it was robust enough to hand to us for a pardon,” Duff, of Gloucester, said to Sultan. “He didn’t give us anything. Zip, zero, nothing. For a case like this, I’m shocked. Every bit of due diligence that any of these councilors have done, we’ve done it on our own.”

Councilor Paul DePalo of Worcester said all he had from Baker was the one-paragraph statement “buried in a press release about other stuff.”

“The governor has done a wild disservice both to the petitioners and to the victims and to their families and to the families of the petitioners by not following standard procedure, by making it smell to high heaven, by throwing it on the council with no rationale other than questioning the evidentiary findings of the trial, which as we’ve ad nauseam gotten to today is not even supposed to be a consideration in the process by the governor’s very own executive clemency guidelines,” DePalo said.

Baker’s office did not respond to a News Service request for comment Tuesday afternoon about the work he did that led to his pardon recommendation or whether he submitted any detailed information to the council.

Councilors were not the only speakers to pose questions about Baker’s approach during Tuesday’s hearing. Hardoon said he could not figure out Baker’s “motivation.”

“I approached the governor’s office in an effort to clarify the misleading information that I felt they were relying upon, and they were not interested in hearing from me,” Hardoon said.