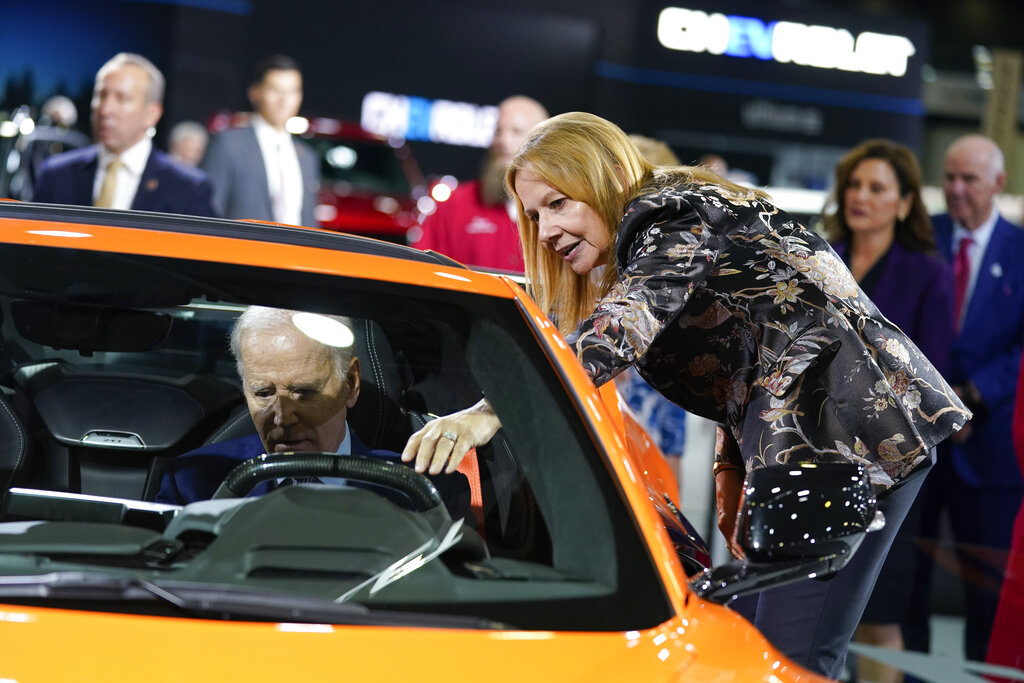 While Joe Biden was busy throttling the latest Corvette with car executives at the Detroit auto show last week, much of the rest of the industry filed into a jam-packed convention center about 30 miles west for a forum the president also managed to rev up.

The Battery Show saw its biggest attendance yet: 15,000 people, up 64% from last year and almost 50% from pre-pandemic levels, according to organizers. One big factor behind all the interest was the Inflation Reduction Act that Biden signed into law last month. Battery upstarts are salivating over the goodies in the bill, particularly the tax credits for manufacturing components here in the U.S.

Jim Greenberger, the head of a trade association for battery tech in North America, said when he went to the welcome reception, he thought he might be in the wrong room because he didn’t recognize anyone.

“These are all people that suddenly are seeing an opportunity in an industry that’s growing, where there’s substantial government support and everybody’s trying to figure out how they play in it,” Greenberger said.

While U.S. startups are loving the carrots in the IRA, others are unhappy about the sticks.

The auto industry lobbied against content rules that will limit how many EVs will be eligible for consumer tax credits. Korean trade officials have objected to their U.S. counterparts on behalf of Hyundai, Kia and battery manufacturers who fear excluding Chinese-sourced materials and imported cars will put them at a disadvantage.

China’s U.S. ambassador showed up at the Detroit show to warn against trying to cut the country out of the battery supply chain.

The U.S. is still dependent on China for minerals to feed its nascent battery manufacturing efforts, and an independent supply chain is still years away, said Ben Wrightsman, CEO of the Indiana-based Battery Innovation Center.

“The message has been heard that the U.S. needs to have its place,” Wrightsman said. “Now we need to clarify what we’re doing and don’t shoot anybody in the head over it.”