Todays Though > News > BC begins its basketball season at home against Cornell.
News

BC begins its basketball season at home against Cornell. 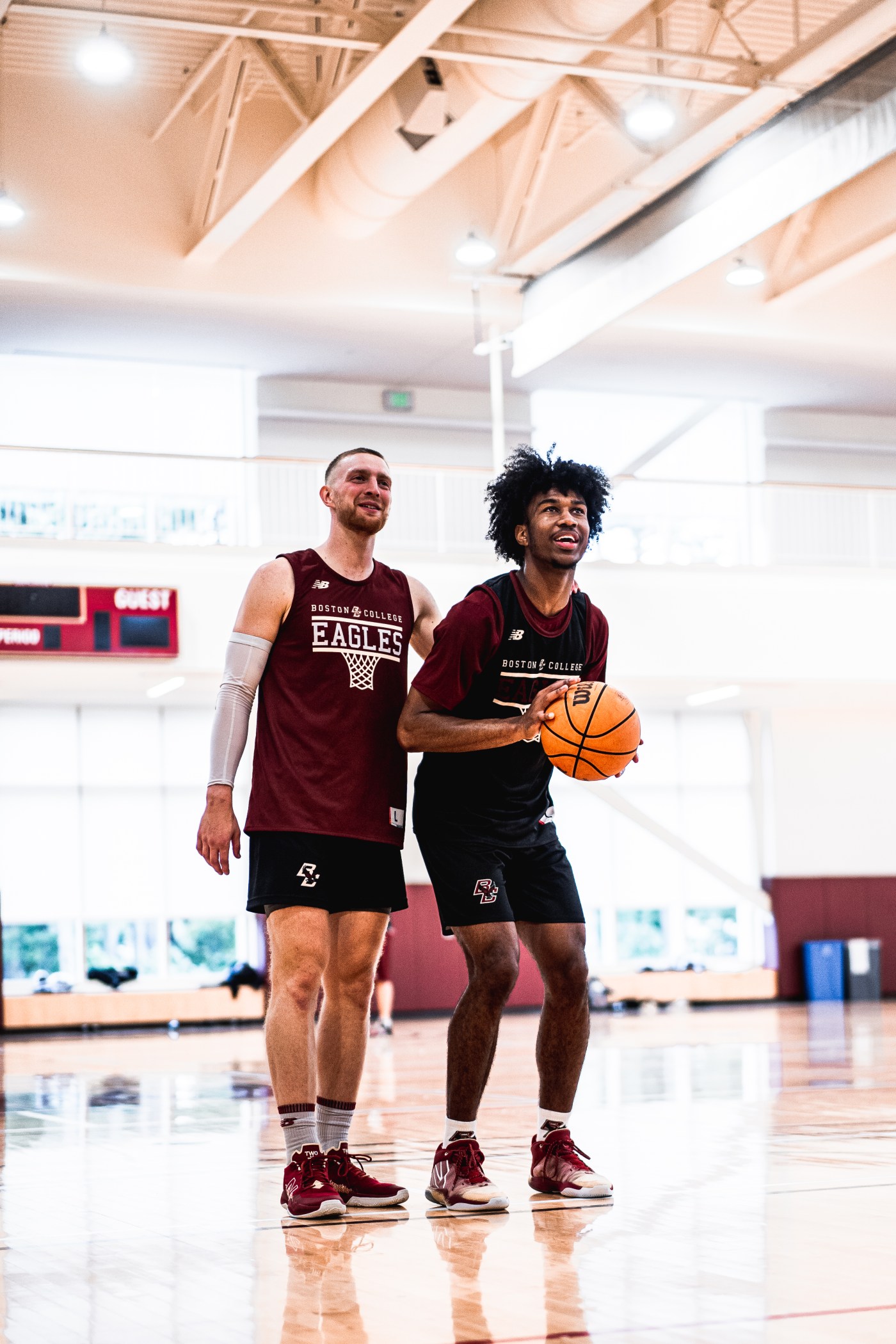 The “speed of the game” at the NCAA Division 1 level is the biggest adjustment facing recruits fresh out of high school and AAU programs and it cuts both on and off the court.

That astute observation was submitted by Boston College freshman Prince Aligbe, who has adeptly acclimated to physical and mental challenges of the college game during Eagles’ training camp.

The 6-7, 227-pound, guard/forward from Minneapolis is expected to claim significant minutes when the Eagles open the season against Cornell on Monday night at Conte Forum.

“I would say most definitely it is just the pace of all things,” said Aligbe, following a spirited practice. “I know a lot of people like to say the speed of the game is the big difference but what they don’t talk about is speed off the court.

“I wouldn’t say it is a big learning curve or that I’m struggling with it day in and day out. I ask a lot of questions and that’s helped me out in the long run. But I would definitely say that fast learning is also the speed of the game.”

Aligbe was not one of those below-the-radar players overlooked by other Power-5 institutions that by circumstance happened to come BC’s way. Aligbe was a consensus four-star recruit at Minnehaha Academy in Minneapolis, whose alumni have filled the ranks of Division 1 programs across the country.

Aligbe was a finalist for the Mr. Basketball Award in Minnesota and secured his four-start status at the 24KShowcase, where he took home MVP honors. Aligbe also earned a coveted roster spot in the Iverson Roundball Classic in Memphis back in April.

“I have family out here and that’s one reason,” said Aligbe. “The second would be Earl Grant’s staff and even though they came in late.

“They showed they didn’t just want me, they needed me and they valued how I played. They know I can grow here and develop here. I’ve seen the recipe for that and I trust in them.

“Lastly, I am big guy that takes up opportunities on and off the court. It’s about getting a degree here and knowing I’m prepared for the long run. When the basketballs stop bouncing, I know I’m in a good situation.”

The other half of the Eagles’ Twin Cities connection is Mason Madsen, a 6-4, 195-pound, combo guard from Rochester, Minn. Madsen is a refugee from the NCAA transfer portal who spent the last two seasons at Cincinnati, where he shot 34.5% from 3-point range.

Although they are separated by two academic classes, the two young men participated in the same tournaments back home.

“We played at camp together but we weren’t on the same team,” said Madsen. “It was my first interaction with him but we’d heard of each other playing a high level of basketball in Minnesota.

“We were aware of each other and I had always heard good things. When we got here, we were able to bond being from Minnesota.”

The opportunities that lured Madsen to Cincinnati began to dry up for him last season. His minutes were limited and he averaged 3.9 points per game despite being an accomplished perimeter shooter.

The Eagles needed an upgrade in 3-point shooting after last season. BC finished 14th with 118 made 3-point shots and last with a 28.4 percentage in 20 ACC games.

One of Eagles’ biggest drawbacks in ACC games was their inability to make 3-point shots over zone defenses. Madsen believes he can help get BC over that hurdle before the Eagles begin ACC play at Duke on Dec. 3.

“That is one of the things I hope I can help with,” said Madsen. “It is one of the skills that is valued in today’s game and I’ve focused on that over the years.”