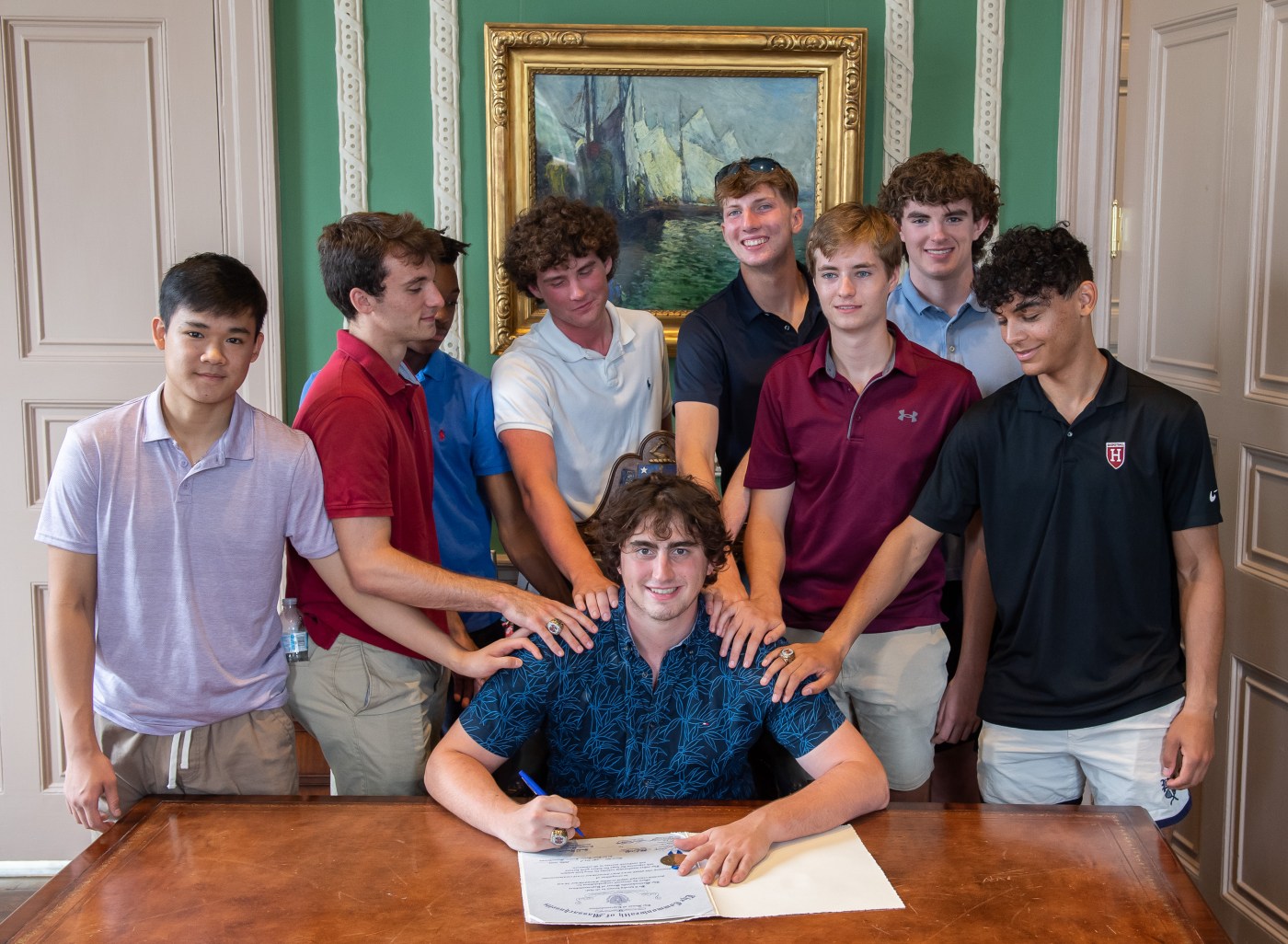 The 2022 basketball campaign can be labeled a number of things for BC High’s program.

It was a culmination of years of hard work and dedication finally paying off. You could also categorize it as a journey, during which the Eagles completed a perfect season while capturing the Div. 1 state championship in the process.

On Thursday, their path led them to the hallowed halls of the Massachusetts State House in Boston, where Michael Loughnane and his teammates were provided a newfound platform to revel in their recent success – standing in the presence of some of the most powerful officials in the commonwealth.

The high school basketball brotherhood remains strong within the City of Boston to this day, and has trickled into the state’s political realm. The idea to bring the Eagles to Beacon Street was actually born out of tradition by State Representative Kevin Honan.

Honan, who starred at St. Columbkille, has served as a longtime sponsor of a local women’s basketball league for 34 years, and has been friends with BC High coach Bill Loughnane for decades. When Loughnane won his fifth Div. 1 state title in March, Honan reached out to Loughnane to pitch the idea. With some help from fellow State Representatives Tackey Chan, Bill Driscoll, Patrick Kearney and Jamie Murphy, the Eagles were taking a tour of the Executive Hall.

“When a team wins a state championship, it’s very important that the legislature recognizes and acknowledges their significant accomplishment,” said Honan. “So, I have done this with other teams from Boston that have won state championships. Boston College High School is in the city, so the city is very proud of them, the Boston delegation is. It was a pleasure to meet the team today.”

Honan and his staff later led players into the main voting hall, where the House of Representatives gave the team a roaring welcome. The program was also awarded a citation from the state congratulating the school on its latest athletic accomplishment.

“Representative Honan has been a proponent of basketball for a lot of years,” said Bill Loughnane. “Back when I was coaching at South Boston High, he would have us come in here a couple of times back in the 90s. And he understands it’s good to recognize when the youth and the young kids have achievements. As you can see, they’re really happy and thrilled to be here, and we’re happy to come here and enjoy.”

The winter had a fairy-tale ending for Loughnane and his son. Michael is set to attend Phillips Exeter for a postgrad year, before heading off to Davidson to continue his playing career.

“The old saying is that I’m sad that it’s over, but I’m really happy that it happened,” said Loughnane. “So, I’m sure at times next year that I’m going to wish he was back here to bail us out, but he did a great job this year with his teammates, and I’m really glad it happened.”