Todays Though > News > BC lost its fourth ACC game this season.
News

BC lost its fourth ACC game this season. 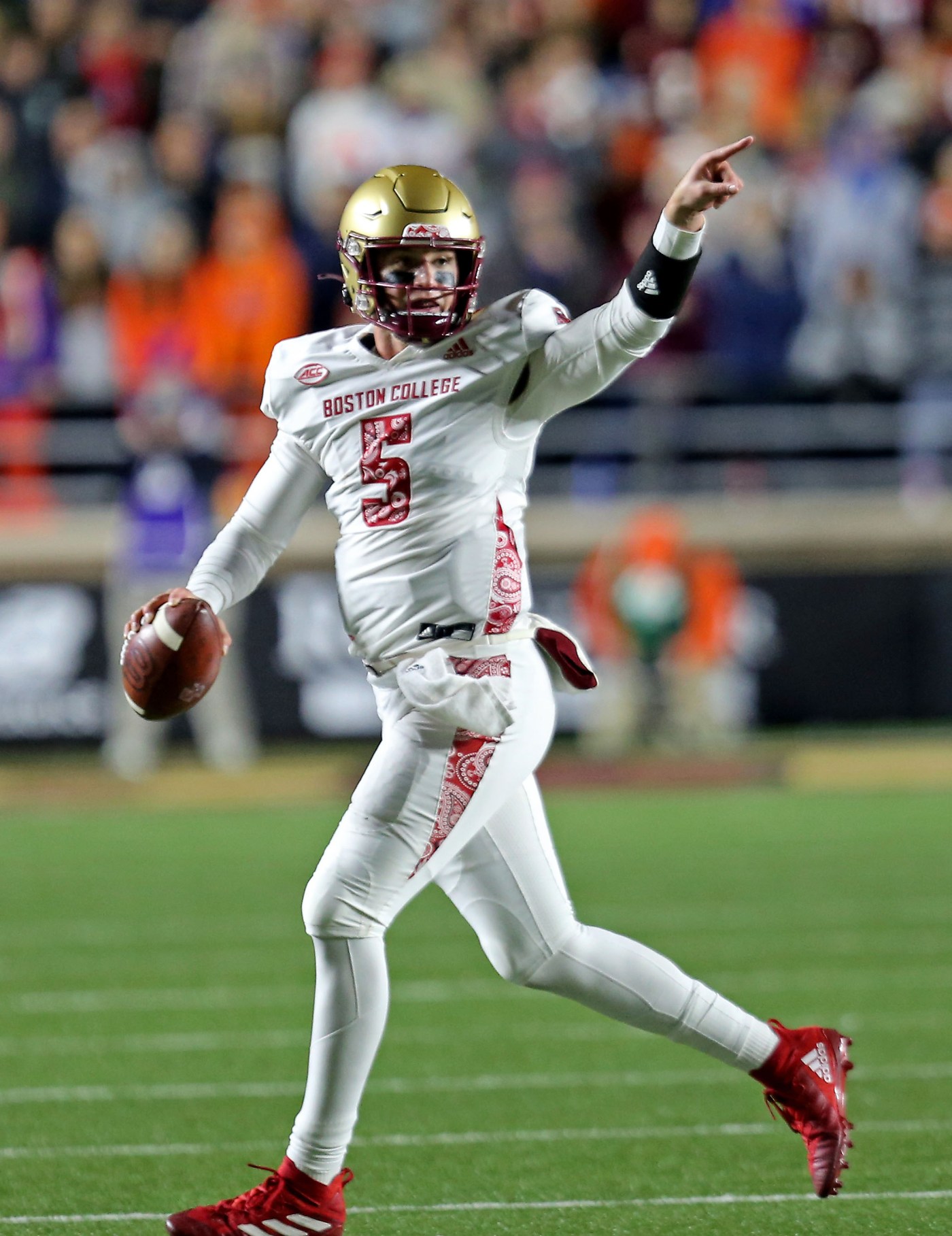 Wake rolled up 428 yards of total offense to 315 for BC. Demon Deacons quarterback Sam Hartman completed 25-of-40 passes for 313 yards and five touchdowns before taking a seat at 6:11 of the fourth quarter.

Eagles signal caller Phil Jurkovec completed 20-of-38 passes for 221 yards and a touchdown before being relieved by Emmett Morehead with just under eight to play in the fourth.

“They run a very unique offense and it is tough to defend because their type of attack is so different,” said BC defensive end Marcus Valdez. “But at the end of the day you have to tough it out and force the issue to make them run it or pass it.”

BC drove downfield on its second possession to set up a first and goal from the Wake 5-yard line. But the Eagles experienced a red zone implosion and settled for a 29-yard field goal by Connor Lytton to make it 3-0 with 5:13 to play.

“First and goal from the 5-yard line, you have to score a touchdown there,” said BC coach Jeff Hafley. “When you are playing team that averages 41 points a game you can’t kick a field goal there.”

An errant Danny Longman punt gave Wake the ball on the BC 42 and Hartman took advantage of a short field to take a 14-3 lead. Hartman completed a 12-yard TD toss to slot receiver Taylor Morin with 13:01 to play in the second.

BC cut the lead to 14-9 on a strange sequence of plays that culminated in a 61-yard pass from Jurkovec to Zay Flowers with 5:51 to play. Flowers has four explosive plays of over 50 yards this season. The extra point was blocked. Wake went into the half up 21-9 on a 12-yard touchdown pass from Hartman to A.T. Perry with 2:11 to play.

“It was just a one-on-one and I pride myself on winning one-on-one match ups,” said Flowers. “I just ran my route and got into the end zone to help my team.”

Wake went up 28-9 on its second possession of the third quarter. Morin caught a 5-yard pass from Hartman for his second touchdown of the game.

BC countered with a 10-play, 55-yard scoring drive. Jurkovec completed the drive with a 7-yard touchdown run, the first rushing touchdown of the game. Jurkovec was stuffed on the 2-point conversion to make it 28-15 with 4:42 to play in the third.

Wake put the game away with a nine-play, 73-yard, scoring drive that made it 36-15 with 41 seconds to play in the third. Hartman scored on a two-yard run and hit wide receiver Ke’Shawn Williams on the conversion.

“It stayed at two possessions for a while and then it got away from us,” said Hafley.