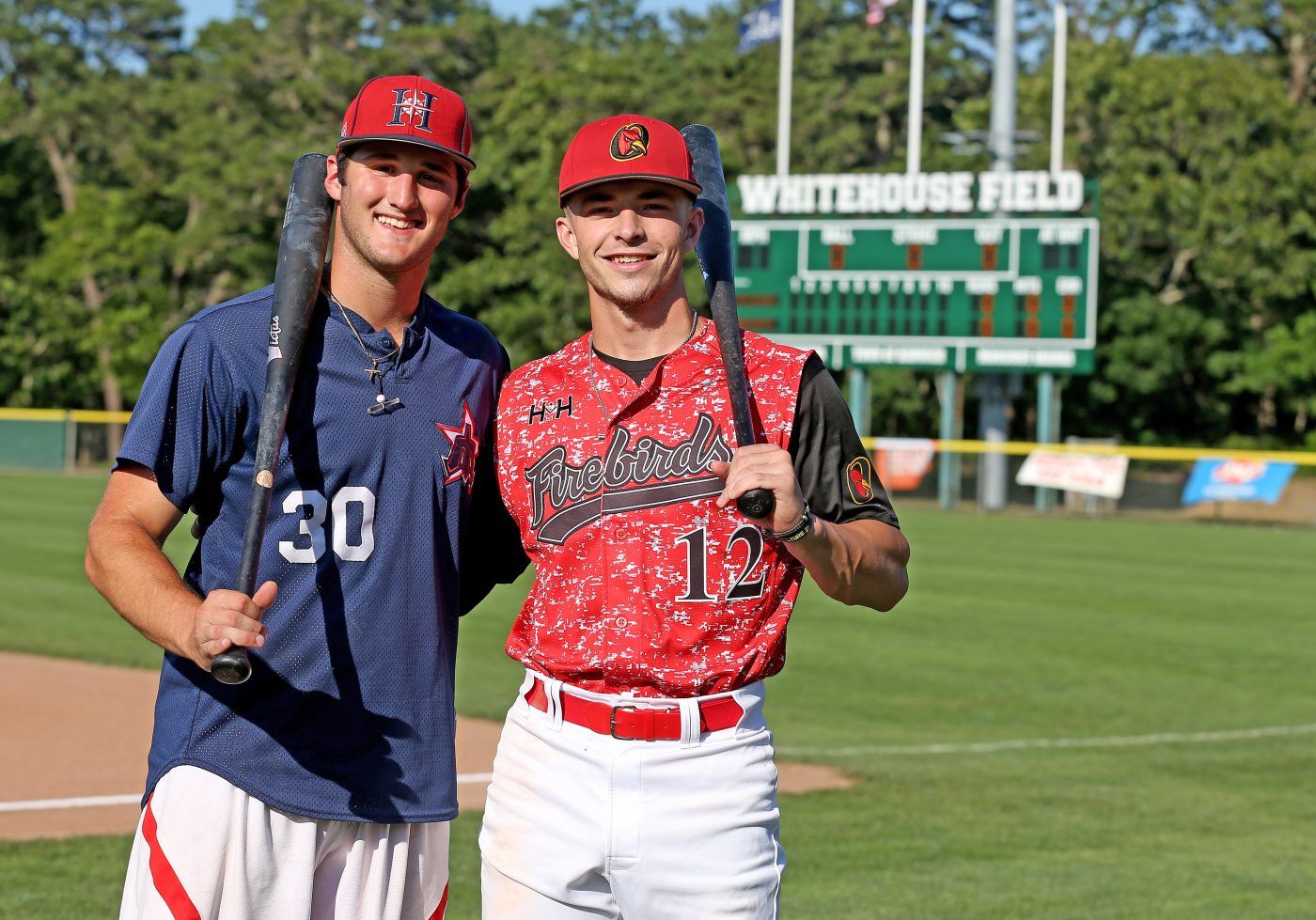 HARWICH — The Cape Cod Baseball League is an elite amateur association that encompasses a professional regimen and a college lifestyle.

Established in 1885, the CCBL, has returned to its traditional format after a lost season in 2020 and the abbreviated version last summer due to the pandemic.

Each team has a 44 game-schedule, a nine-inning limit in regular season games, and eight teams qualifying for the postseason. The CCBL All-Star Game will be played for the first time since 2019 on July 23 at Spillane Field in Wareham.

Joe Vetrano of Shrub Oak, N.Y., and Travis Honeyman of Massapequa, N.Y., are Boston College starters who are experiencing everything the CCBL has to offer at one of the nation’s premier summer destinations.

“The competition is definitely better here and the history behind this league is unmatched so it is just awesome to be here,” said Vetrano. “Playing at BC, your goal in the summer is to play on the Cape and now that I’m here it has been amazing.”

Vetrano bats cleanup and plays first base for the Harwich Mariners while Honeyman hits leadoff and patrols center field for the Orleans Firebirds. Honeyman and Vetrano are playing the same positions in the field and hitting in the same spots in the batting order where BC coach Mike Gambino deployed them against the ACC.

The two compadres were in opposite camps on Tuesday night when the Mariners hosted the Firebirds before an overflow crowd at immaculate Whitehouse Field. The CCBL stretches from Wareham on the mainland side of the Bourne Bridge to its last outpost in Orleans, the home of Nauset Beach.

“This is my first summer on the Cape and I’m really enjoying it,” said Honeyman. “I had heard a lot about it from my teammates at BC and I’m having a lot of fun.

“It is really cool, a great environment and I love it. When we get off days we head over to the beach. The beaches down here are beautiful and I’ve made a lot of new friends.”

The CCBL has served as a waystation for generations of talented ballplayers to make their way to the Major League. Vetrano and Honeyman are long-standing New York Yankees fans with the same ambitions as their CCBL forebearers.

“You develop that (pro) mindset by playing a game every single day,” said Honeyman. “You have guys from all over the country and its not just Power-5 guys.

“We have a standing joke that when the starting pitcher is from a school you never heard of, he’s is probably unbelievable and it is pretty cool to see all that talent.”

Both young men have made favorable impressions on their respective field managers. Steve Englert began his association with the Mariners in 1998 and has been the manager since 2003.

Englert grew up in Roslindale, attended Catholic Memorial and BC and has been an area coach at Holy Cross, Northeastern and BC. Englert knows what he wants when he tenders a prospective collegian a CCBL contract and he values what Vetrano has brought to his ballclub.

“Joey V is the best, great kid and he has got some whap in that bat I’ll tell you that,” said Englert. “He is having a good summer and he’s a tremendous kid. He’s as advertised as a player because the ball just jumps off his bat.”

Kelly Nicholson is in his 21st summer with the Firebirds and 17th as the club’s manager. Nicholson has guided Orleans to five Eastern Division titles while transforming his Birds into perennial contenders. Honeyman has fit nicely into “Coach K’s” collection and was named the CCBL Player of the Week on June 21.

“He’s doing well, he plays the game hard and he plays the game the right way,” said Nicholson. “He’s fun to watch play and he brings good energy and enthusiasm to the club every day whether it is on the field or on the bus or in the locker room.

“We are fortunate he is on our team and not playing for another team on the Cape.”

Honeyman led BC in batting with a .329 average on 54 hits, nine doubles, one triple and 18 RBI. Vetrano batted .308 with 62 hits, eight doubles, three triples, 13 home runs and 50 RBI. The ACC is a Power-5 baseball conference but Vetrano sees the Cape League as a notch above.

“We are facing a Friday night pitcher every single time so it is great competition and it’s pretty amazing,” said Vetrano. “I’d say it is a tick up because we have to use wood bats and we are playing every day.

“There are no off days and every game we are facing a great pitcher so it’s going to be a great match-up. But the ACC definitely prepared me for this.”