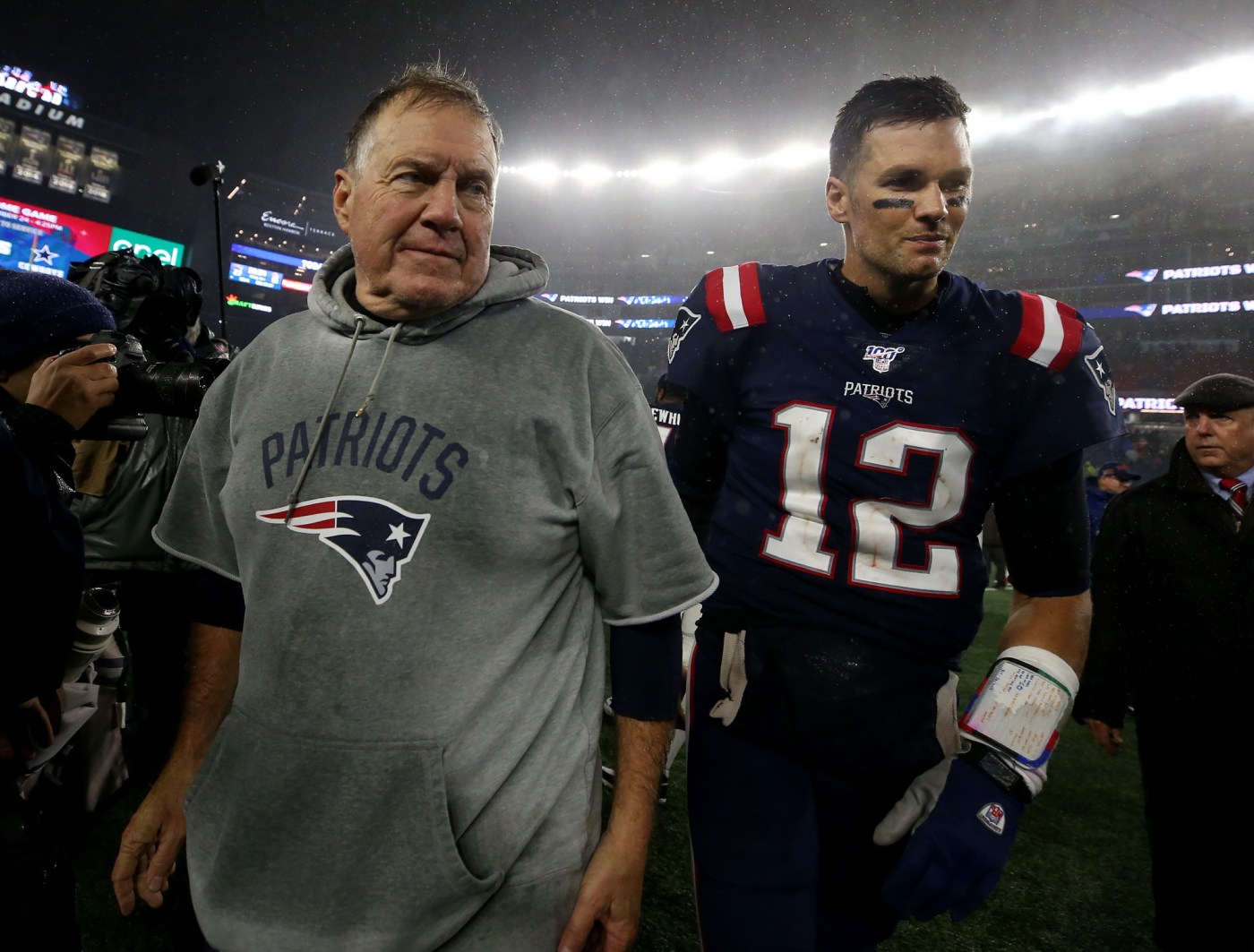 He is not skipping Wednesdays at work.

He did not retire and unretire this past winter.

He is not going through a nasty marital breakup.

The above reasons and more have been used by The Broken Clockers in their indictment of Tom Brady and the Tampa Bay Buccaneers. A bull rush among NFL State Run Media types to the top of Google to celebrate Brady’s Fall this fall was inevitable.

Belichick’s Patriots, meanwhile, are as terrible right now as they have been at any time during the past 20 years. They have done it without any of the above qualifiers.

Since Brady parted ways with the Patriots in 2020, the Brady-Belichick rivalry has grown in intensity, not just distance.

This season, the Patriots and Buccaneers are 3-4. The teams are uniformly ineffective on offense and surprisingly porous on defense. The Bucs hold an edge in special teams play. But Tampa Bay is in first place in the moribund NFC South. The Patriots rest at the bottom of the AFC East.

Brady has come under criticism for whatever role he played in the displacement of Bruce Arians. Belichick faces continual questioning over the mysterious roles of Joe Judge and Matt Patricia.

We spelled it out clearly before the season that this was the Most Bill Belichick Team Ever. Belichick inherited several superstars from his predecessors. Once they were gone, Brady had assumed his spot among the Patriots Holy Trinity. The post-Brady purge was finally complete this year, especially with Josh McDaniels off to Sin City.

The latest result manifested itself Monday night in a 33-14 loss to the Bears at Gillette Stadium.

Not surprisingly, many of the worst charges leveled against Brady this season apply to his former coach in New England.

Belichick is 70. The second-oldest coach in the NFL. Only Seattle’s Pete Carroll is older. We’re being told daily that Father Time has finally sacked Brady. Perhaps Belichick’s time, too, has expired?

Belichick has a self-induced QB controversy to throw everyone off from the pungent odor generated by the head coach and his coaching staff.

The plight of the Patriots reminds us that Belichick has yet to create a sustainable winning football team without Brady as his binky.

Whatever momentum Mac Jones could have carried into this season was sidetracked by the coaching carousel. Belichick’s decision to start Jones Monday when the QB was clearly not ready to play, and then yank him in the second quarter for Bailey Zappe amid the cheers of the Gillette Stadium crowd, was calamitous.

Do not fool yourselves. The Patriots are NFL also-rans. They have not won a postseason game in 1,361 days.

Brady has a Super Bowl ring and five NFC playoff wins with Tampa Bay. His one postseason loss with the Buccaneers came to the eventual Super Bowl champion Rams after erasing a 27-3 deficit.

If the 2022-23 season ended today, Brady would be back in the playoffs.

The Broken Clockers have been predicting the GOAT’s demise since Matt Cassel replaced the injured Brady in 2008. There were conversations on ESPN questioning whether the Patriots should stick with Brady before the 2009 season.

It may have been the only time when Skip Bayless was the sensible guy on your TV screen.

The Broker Clockers never stopped. We were told for nearly a decade that Brady sucked because he only won three Super Bowls.

Those quarterbacks would start four games combined with New England.

During that same span from April 2011-19, Brady played in five Super Bowls for the Patriots and won three.

The Broken Clockers were ticked off more each time.

The good news is that the Brady-Belichick rivalry isn’t going anywhere.

John Adams and Thomas Jefferson were also great patriots and lifetime rivals. They both died on July 4, 1826. It was also the 50th anniversary of the Declaration of Independence being adopted.

Adams and Jefferson were allies against the British. Brady and Belichick metaphorically fought in a revolution to stop another tyrannical Evil Empire.

Adams and Jefferson ran against each other (and a few others) for president twice. Adams won in 1796. Jefferson was Adams’ vice president. Jefferson then beat his boss to win the presidency in 1800. Adams sent a note of congratulations after the contentious election. Jefferson never responded. They would not communicate for 12 years. Their relationship eventually became civil. But their competitive edge lasted even beyond death.

Legend has it Jefferson’s final words were: “Where are my slave wives?” followed by “Adams lives.”

Adams died earlier that day. Jefferson didn’t know because the internet was down at Monticello. He was in the dark when it was lights out.

Among Adams’ last words, historians claim, were: “Shalt we be able wager upon sportf in Maffachufets before the 2023 NFL season? I feareth not.”

As Robert Kraft might say: “Adams and Jefferson? Brady and Belichick? What’s the difference? We are all Patriots.”

Maybe so, and maybe again someday, but not now.