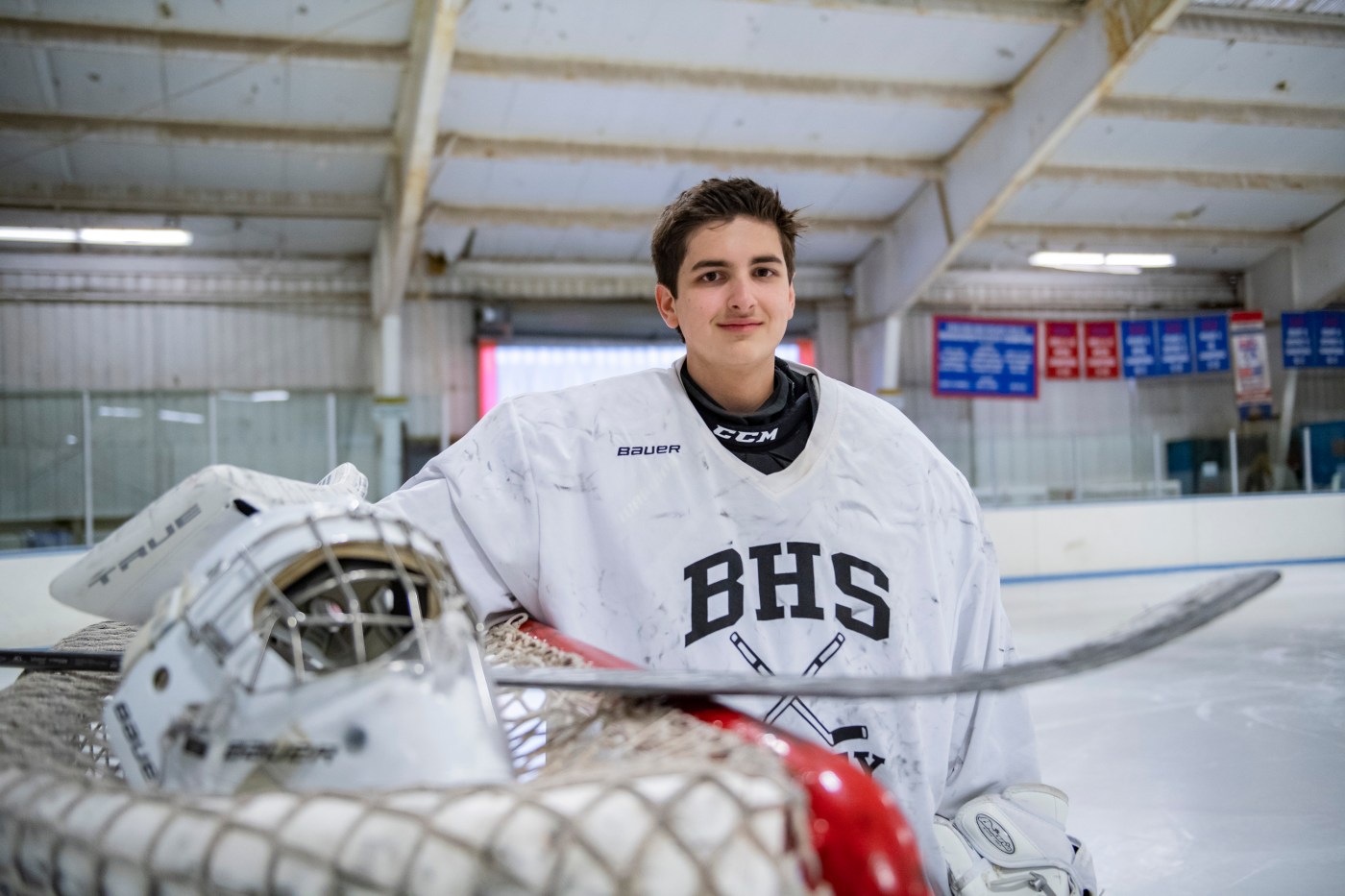 Looking around an energized locker room before the game, Greg Federico watched his teammates prep for as big of a postseason tune-up as any. The junior was far from any varsity time as the third goalie behind eventual Middlesex League co-MVP Ryan Griffin, but Federico was exhilarated by the excitement around him.

In his first year back on the ice after taking a three-year hiatus, it was exactly the kind of team spirit he desperately missed. And as thoughts crept into his head about where he stood in that big picture, that’s when it clicked.

“It was just kind of just an eye-opening moment to be in that locker room,” he said. “I basically made a pact to myself that I would do everything I can to be the best goalie I could be for (this) year.”

It’s not easy to fill the skates of a player like the graduated Griffin, but in just his second year back, Federico has transitioned seamlessly.

As star players like Cam Fici, Shay Donahue and Peter Grace often take up much of the limelight while Belmont soars to yet another dominant start, Federico has held his own to the tune of a 7-1-2 record entering the weekend. Games against Div. 1 contenders CM, BC High, Arlington, Reading and Winchester are in the rearview mirror, and only once has he surrendered more than two goals in a game.

“Greg’s come up big for us, he really has,” head coach Tim Foley said. “He really worked hard last year during the season, and all the way through the offseason, to get ready for this season. … The first five or six games this year, I think almost every coach commented to me in the handshake line at the end of the game that, ‘Hey, your goaltender is good.’ Obviously, that was something a lot of opponents were looking at coming off of Ryan Griffin.”

Federico’s absence isn’t particularly personal, he just decided before eighth grade that he wanted to focus on academics, golf and get a part-time job. For about two years he was content with dropping the sport he had played since he was 5 years old, and he even saved up to buy a car.

But watching some high school hockey made him miss it. Spending time around close friends in Fici, Grace, Donahue and Joe Gaziano, all on the team, didn’t help. Thinking about the team aspect ultimately brought him back, and he’s enjoying every second.

“The season’s going great, I’m having the time of my life with my teammates … I couldn’t really ask for anything much better,” he said. “I really just missed the team atmosphere.”

Getting Federico back up to speed wasn’t going to be an easy task, and his frantic play in net during his first couple games on junior varsity last year revealed how out of sync he was.

Assistant/goalie coach Bob Shea doesn’t believe too many mechanical improvements need to be made when coaching at this level, but the mental side always needs work. Shea’s motto is the most important shot is the next one, which is a phrase that’s become second nature to Federico.

His calm, collected demeanor under that ideology is actually his biggest strength.

“He’s seen a ton of rubber and he sees a ton of rubber every practice,” Shea said. “He really hasn’t missed a beat. … He left the frantic behind very quickly and became so steady that it was really amazing.”

It’s fitting for CM to be most influential on Federico, since both coaches agree his performance against the Knights in a 4-2 loss this season was his best so far. CM was the first opponent of its caliber that Belmont had faced all year.

Since then, he’s allowed just one goal to BC High, one to Winchester, one to Reading and two to Arlington.

“As soon as I got with Coach Shea, he completely changed my game,” Federico said. “He really took what I worked on and trained for all last season and in the summertime, and he really just put it all together. It’s working out so far. We still got half of the season left but we’re doing pretty good.”

Hip – Ryan Melanson was a brick wall for St. John’s (S), stopping 39 shots against BC High to secure a much-needed Catholic Conference win.

The 2nd Annual Ed Burns Coffee Pot Tournament is on the horizon. Rankings release on Thursday. Should be another excellent day between 16 of the best public school boys’ teams on Sunday.

Austin Prep’s departure for the NEPSAC seemed like it would break the Div. 1 field open, but it might have just cleared the way for St. Mary’s to replace it. The finish between the Spartans and NDA (H) Cougars on Saturday will be more telling than any other on whether St. Mary’s has any signs of losing in the tournament, though it would be foolish to completely count out Shrewsbury, Winthrop, Peabody/Lynnfield/NR or the best of the MVC/DCL.