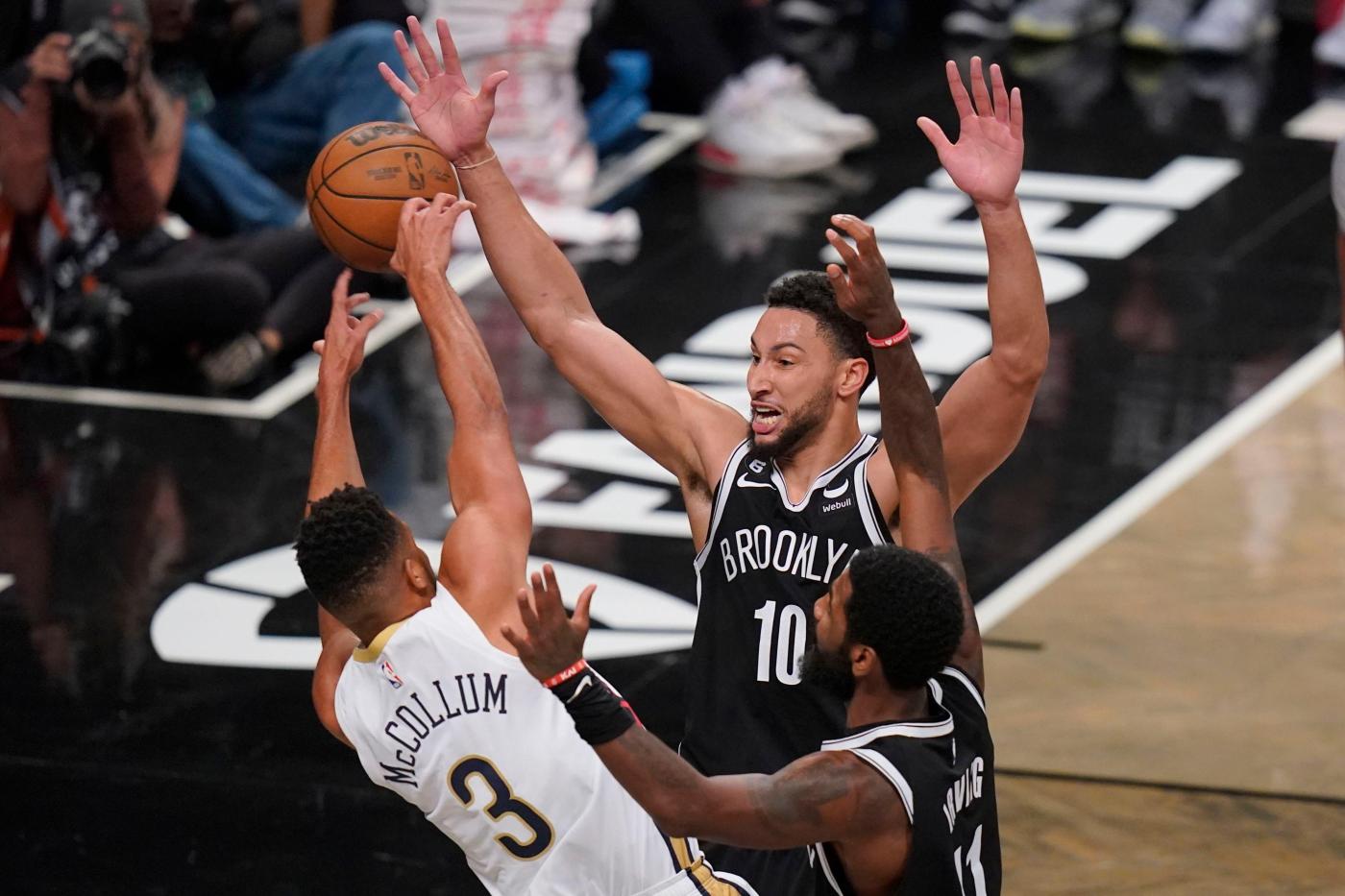 After fouling out early two games in a row, Nets star Ben Simmons conceded he has to “tone it down.”

Simmons fouled out of the preseason finale against the Minnesota Timberwolves in 13 minutes of action, then fouled out of Wednesday’s season opening blowout loss early in the fourth quarter. He tallied just four points, five assists and five rebounds to his six fouls and three turnovers in 23 minutes of play.

“I’ve gotta tone it down. Like I’d be a little too physical over the top,” Simmons said after the game. “Maybe I’m just excited. [It’s] my first game, so…”

Simmons, who played his first regular season game in over a year after sitting out the entire 2021-22 season, said the rule changes in officiating that occurred last season didn’t faze him too much.

He remembered officials blowing tick-tack fouls on him when guarding Trae Young in the 2021 NBA playoffs, but the referees have since adjusted when and why they call fouls.

“I’m also trying to set a tone within our team and be that physical guy,” Simmons said. “But you had some questionable [fouls] and some I knew were fouls. It’s also just reading who I’m guarding, where to be; it’s a faster game. It’s the regular season now, so we’ve got to turn it up. It was just the way it was called.”

Simmons’ teammate Kyrie Irving said the Nets can’t afford for him to foul out.

“As we told him in the locker room, he’s a valuable piece for us and we need him out there,” said Irving. “And fouling out is not an option. Playing aggressive is something that we want him to do, but we also want to play smart.”

Head coach Steve Nash said Simmons is “rusty” and that “he’s still getting used to referees, defense and offense.”

“The guy hasn’t played in over a year… This is a process,” Nash said. “He’s shown glimpses of the player we know he is and can be, but it’s not easy. We’re here to support him. We’re here to push him, coach him up and try to get him to a place where he can play at the level he’s played in the past. It’s all there for him. I think you’ve seen those glimpses throughout the preseason, but now it’s putting it together, really getting his legs under him, his rhythm and assimilating to a new group.

“There’s a lot on his plate. As long as he continues to build his confidence, play hard and play with force, we’re fine with him making mistakes as he grows into this.”