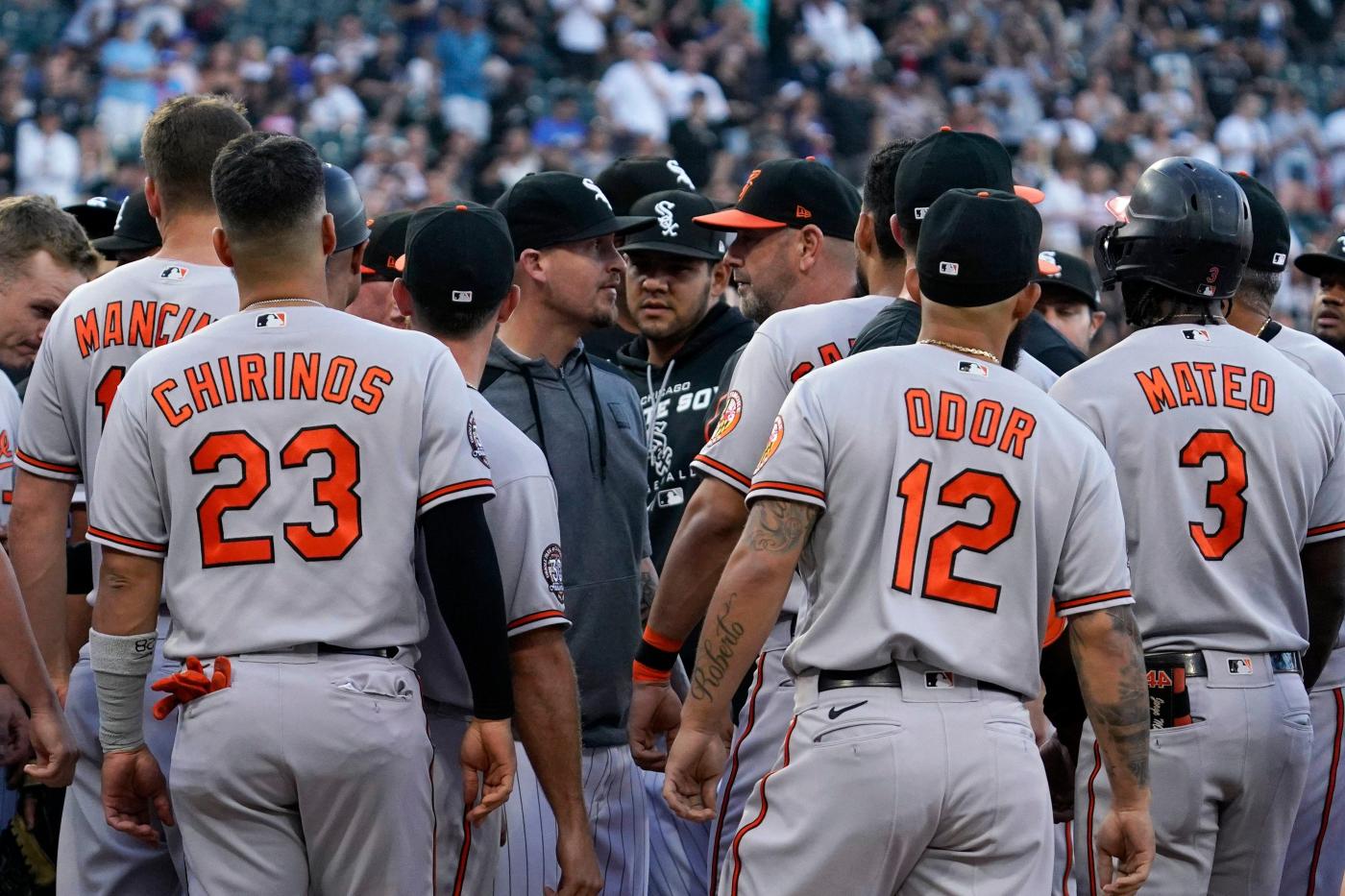 Often during Brandon Hyde’s tenure as the Orioles’ manager, his bullpen moves haven’t panned out, with logical decisions giving way to poor outcomes. In some cases, he simply had nowhere else to turn among a collection of pitchers who might not have been on any other major league staff.

So, how differently does he feel handing the ball to a member of this season’s Orioles bullpen?

The latest brilliant showing from the group came in Friday night’s 4-1 victory over the Chicago White Sox at Guaranteed Rate Field, the club’s third in a row and sixth in eight games. For the second straight turn through the Orioles’ rotation, a bullpen game started by Austin Voth ended with just one run allowed, as Voth combined with four other former waiver claims to hold the reigning American League Central champions to just one hit.

“I’m so proud,” Hyde said. “These guys are just exceeding expectations. Just really happy and proud of them.”

A year ago Friday, Joey Krehbiel, Bryan Baker and Cionel Pérez were with the Triple-A affiliates of other organizations. Jorge López, claimed from the Kansas City Royals the previous year, had a bloated ERA in the Orioles’ rotation. Voth had just given up two runs while recording one out for the Washington Nationals.

Voth was handed a lead before even taking the mound. Leadoff man Cedric Mullins reached on a bunt single, stole second, went to third on a groundout and scored on a wild pitch. Mullins’ steal was the first of five from the Orioles, their first game with that many swiped bags since the 16-inning contest in July 2019 that ended with Stevie Wilkerson recording the first save by a position player.

Three of those steals came in the second inning after both teams’ benches and bullpens cleared when White Sox starter Michael Kopech hit shortstop Jorge Mateo in the back with two outs. The situation settled with little more than yelling and no ejections.

Mateo then stole second base and scored from there when Richie Martin singled, and Martin himself responded by stealing second and third. Chicago’s lone run and hit came in the inning’s bottom half, with Jake Burger lining a clean double into left-center field on a full-count cutter down the middle from Voth. The Orioles got that run back in the fourth, with Adley Rutschman doubling, advancing on a groundout and scoring on Kopech’s balk.

It marked the 24-year-old’s 11th extra-base hit in his past 13 games, a feat matched by only six other Orioles age 25 or younger: Manny Machado, Jonathan Schoop, Nick Markakis, Cal Ripken Jr., Eddie Murray and Don Baylor. Consecutive doubles from Trey Mancini and Austin Hays in the eighth plated the game’s final run.

Hyde said the Orioles hoped to push Voth, who will remain in Baltimore’s rotation, into the fourth inning. But with the right-hander nearing his pitch limit, the middle of Chicago’s order due up and a two-run lead already in hand, he turned to the bullpen. Baltimore’s pitching staff has allowed two runs in its past 34 innings, with a quintet of waiver claims delivering Friday’s nine.

“All these guys are talented, and it just shows that you can rebuild your career and continue to have success,” Voth said. “You just have to have an opportunity, and I think that’s what these guys are doing.”

After Mateo took Kopech’s 99 mph fastball to the ribs, he shrugged, seemingly puzzled as to why he was hit. Soon, the jawing began, and members of both teams streamed onto the field from the dugouts and bullpens to continue the discussion.

“I don’t know what happened there, what were they thinking,” Mateo said afterward through team interpreter Ramón Alarcón. “But I really don’t think it was intentional.”

Asked whether he thought it was retaliation after White Sox infielder Josh Harrison left Thursday’s game after being hit by a pitch in the arm by Orioles right-hander Dean Kremer, Hyde said, “I’m not sure, you’d have to ask them.”

“It’s one of those competitive things that happens, and we moved on pretty quickly,” Hyde said.

With warnings issued to both benches by the umpires, players and coaches returned to where they came from, except for Mateo, who settled in at first base with two outs. Naturally, the Orioles’ speedster stole second, where umpires stepped between him and White Sox shortstop Tim Anderson, who continued exchanging words.

The Orioles placed rookie starter Kyle Bradish on the 15-day injured list with right shoulder inflammation. The club had already pushed his scheduled start back a day, prompting Voth’s outing. In his place, the Orioles recalled right-hander Marcos Diplán and will add Spenser Watkins to the major league roster to start Saturday’s game.

“After his side session a couple of days ago, just a little bit of soreness, but we’re doing this out of precaution,” manager Brandon Hyde said. “We’re hoping it’s just going to be a couple weeks, but he does have some fatigue in there, and we’ll take a couple of weeks to get some treatment.”

>> Second baseman Rougned Odor was out of the lineup for a second straight game with a sore back.

>> At Triple-A Norfolk, No. 7 prospect Jordan Westburg recorded five hits, while No. 9 prospect Kyle Stowers had four, including a home run.

>> No. 10 prospect Heston Kjerstad, the second overall pick in the 2020 draft, hit his first professional home run for Low-A Delmarva.