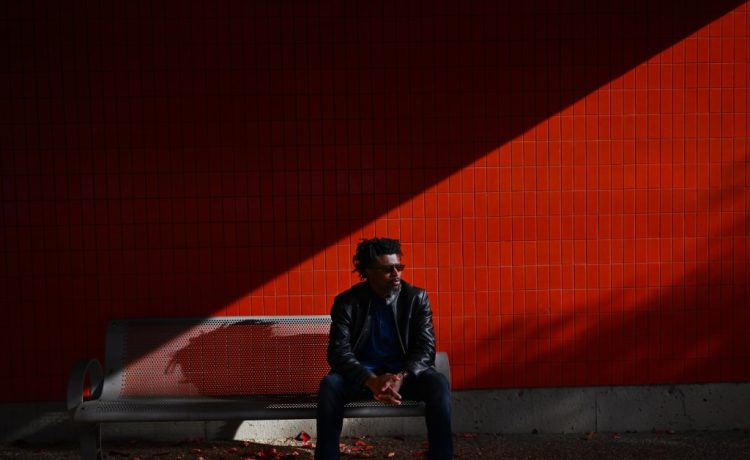 Andy Weir, author of “The Martian,” is a fan of apocalyptic stories. The genre offers so many opportunities for “cool plots, conflict and action,” he says. “A postnuclear-war wasteland with people fighting over a bunch of canned food – that’s visceral, you can understand and immediately get it. It mixes in a lot of survival which, you know, ‘The Martian’ is a survival story.”

Weir’s latest sci-fi novel, “Project Hail Mary” (Ballantine Books, $29), is very much an apocalyptic story. It deals with an imminent climate disaster that threatens all of humanity. And if that sounds familiar, you’ve either been reading the news or you’ve stepped into a bookshop.

The past few years have seen an explosion of speculative fiction mirroring real-life emergencies, from the rise of fascism to environmental degradation to the toxic legacy of colonialism.

Why would authors want to dabble in apocalypse and dystopia, when the world is doom-filled as is? For Weir, a former Mountain View resident who lives in Chicago now, it boils down to the belief that society will eventually make things better.

“I’m a fairly optimistic person, at least when it comes to humanity. I think we’re a fairly cool species,” he says. “I think we can all agree that 2020 sucked, right? But I’d rather live through 2020 again than 1920. I don’t know about you, but none of my friends has died of typhoid fever. My Black friends can go into any business they want. I would rather live through the peak of the pandemic than the routine year of 1920 – although they had a pandemic just finishing up then, too.”

In “Project Hail Mary,” scientists notice that the sun is dimming at an alarming rate. The culprit is a weird space organism that imbibes the star’s energy in order to breed. Astronauts must venture forth and figure out what makes it tick. Fortunately, Weir has given his hero, Ryland Grace, some tools to battle Armageddon – he’s a former microbiologist from San Francisco, albeit a goofy one prone to making dad jokes. (Grace is partly based on the author himself; look for Ryan Gosling to play him in the movie version.)

The novel’s enemy is reminiscent of blue-green algae blooms, which are caused by pollution and warming waters and can extinguish life from vast marine zones. Weir wasn’t particularly inspired by such real-life concerns; he was more interested in structuring a book around a nifty, hypothetical space fuel. “I’m just a dork who for some reason gets to write about science stuff, and people like it,” he says. “For me, it’s just like, ‘Look at this cool science-y thing! Isn’t that cool? This is so cool.’”

Indeed, the novel has gotten the stamp of approval from science-y types the likes of Bill Gates who, in his typical expression of enthusiasm, dubbed it a “fun diversion.” Of course, not all speculative fiction offers such a romp. “The Confession of Copeland Cane” by Keenan Norris presents a near-future Oakland that’s a little too close to today’s urban dystopia.

“What I wanted to do is imagine forward some trend lines that are already present,” says Norris, who lives in San Leandro, “and think about their logical conclusions, particularly for those who are not so privileged, aren’t receiving the best education and who live in places with environmental harms.”

On his first birthday, the Black protagonist of “Confession” is automatically entered into California’s gang database. He spends time in the exclusive city-within-a-city known as Piedmont – sorry, “Piedmontagne” – which has its own private police force. After trying to sterilize black mold in his home with chemicals, he’s imprisoned for attempted arson and goes on the run. Tracking his movements is a powerful media corporation called the Sinclair Broadcast Group – whoops again, that’s “Soclear” – that was founded by Stephen Miller and signs off with “Sieg Heil.”

At one point, the hero falls into a sinkhole on Treasure Island and believes he’s irradiated. “It is left up to the reader to decide whether these are simply the maturations that a young man, given his circumstances, would go through,” says Norris, “or whether there’s something deeper related to the environment of Treasure Island, which both in the book and actual fact is a hazardous-waste site.”

“Confession” won the 2022 Northern California Book Award for fiction, putting it in a crowd of dystopian novels that have garnered critical acclaim this year — “Babel” by RF Kuang and “The City Inside” by Samit Basu among them. These works build upon a long literary tradition of imagining how much worse things could get. It’s a tradition some would argue dates back to the Bible or at least to Mary Shelley’s “The Last Man” and George Orwell’s “1984.” So why the genre’s enduring popularity?

There’s evidence that dystopian content triggers something powerful in the human brain. In a study published in 2018, researchers exposed people to “The Hunger Games” and “Divergent,” two YA series that feature heroes who rebel against totalitarian regimes. Afterward, those people were “more likely to believe that radical and even violent political action against a government perceived as unjust would be justified,” says Calvert Jones, one of the authors at the University of Maryland.

Young people connected especially vigorously with dystopian narratives. “A strong attraction here may be a need for agency against powerful forces, which characters like Katniss in the ‘Hunger Games’ or Tris in the ‘Divergent’ series showed,” says Jones. “When people feel relatively helpless against forces beyond their control – wars, economic distress, natural disasters, for example – that feeling of efficacy can be very compelling.”

Charlie Jane Anders is a sci-fi author in San Francisco who’s won the Hugo, Nebula and Theodore Sturgeon awards. Her latest trilogy is geared directly at this demographic. It’s a space opera about exploring far reaches and fighting quasi-fascists. (It’s been picked up for TV by Amazon and Michael B. Jordan’s Outlier Society.) The middle book, 2022’s “Dreams Bigger Than Heartbreak,” opens in the “Age of Despair,” something kids today can probably relate to.

“I think young people are painfully aware at this point we’re living in a slow-motion compound apocalypse in which climate change, the collapse of unsustainable systems and our political dysfunction are leading to problems that will eventually cause damage on a scale that’s hard to comprehend,” Anders says.

The series’ universe has many clever technologies you can imagine breaking into our own world. Because it’s an advanced space community, home to many LGBTQ characters, people use an automatic translator to ensure they use correct gender pronouns. There’s a popular game called “WorstBestFriend” that pits the player against a virtual frenemy who passive-aggressively bullies them – self-destructive fun at its best.

The bad guys are called the Compassion, cynical doublespeak that could have been torn from today’s political playbook. They believe in the innate superiority of humanoids with two arms and legs over, say, a species with tentacles or a head in a different place.

“They don’t just go around trying to motivate people on anger. They really play on fear and uncertainty and chaos,” says Anders. “I think for a story for kids and teens about saving the galaxy, it’s good to explore the fact that the adults around you don’t always know what they’re doing.”

Anders hopes her books might inspire action for a future not so far, far away.

“People who grew up on stories like ‘The Hunger Games,’ we’re starting to see them believe they can fight against unfair regimes in real life,” she says. “And I really hope that they do. I hope everyone who grew up reading those books – and that’s a lot of people – all become adults who want to tear down oppressive systems.”