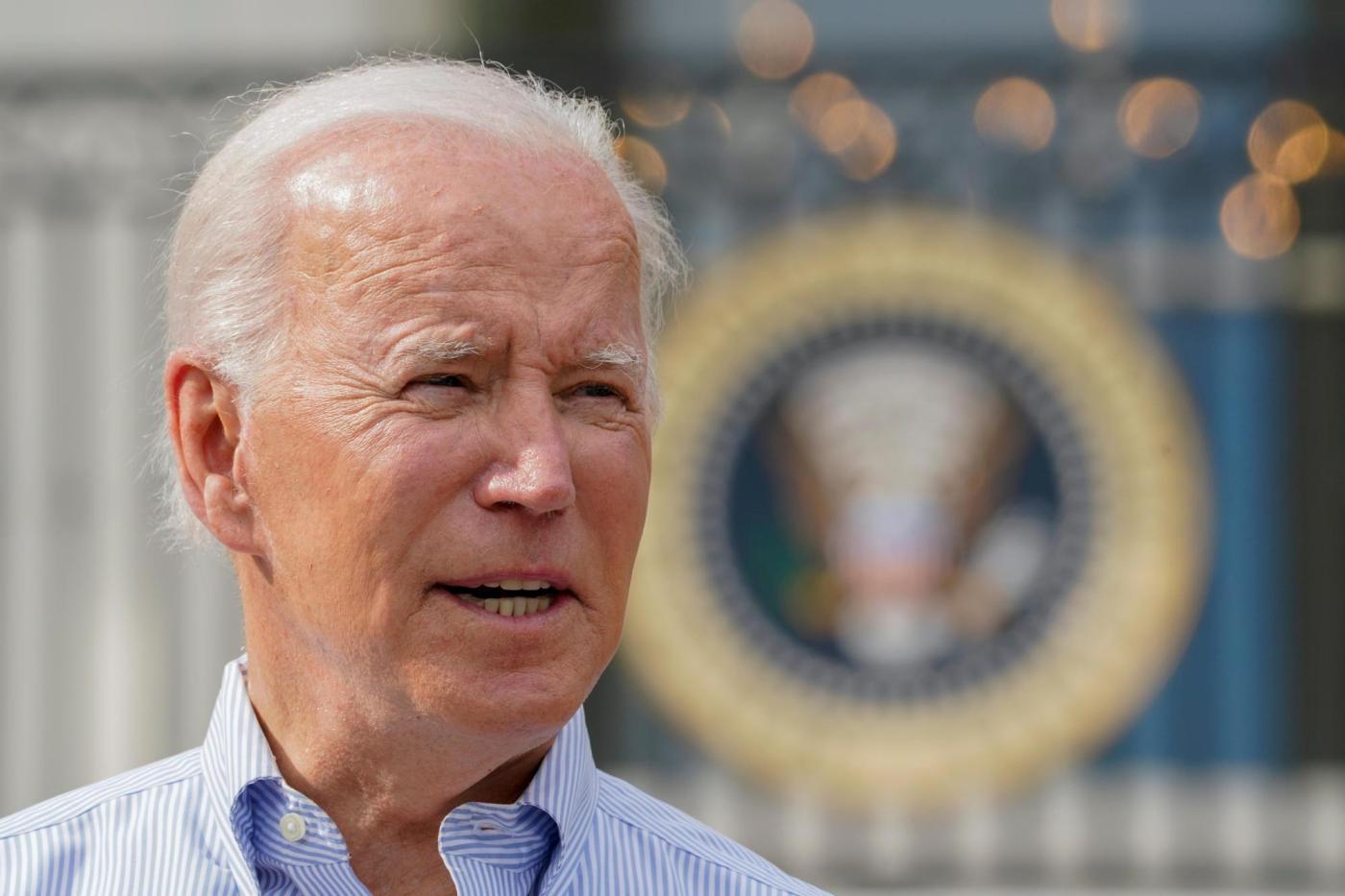 JERUSALEM (AP) — President Joe Biden on Wednesday opened his first visit to the Mideast since taking office by offering anxious Israeli leaders strong reassurances of his determination to stop Iran’s growing nuclear program, saying he’d be willing to use force as a “last resort.”

The president’s comments came in an interview with Israel’s Channel 12 taped before he left Washington and broadcast Wednesday, hours after the country’s political leaders welcomed him with a red-carpet arrival ceremony at the Tel Aviv airport.

“The only thing worse than the Iran that exists now is an Iran with nuclear weapons,” Biden said. Asked about using military force against Iran, Biden said, “If that was the last resort, yes.”

U.S. ally Israel considers Iran to be its greatest enemy, citing its nuclear program, its calls for Israel’s destruction and its support for hostile militant groups across the region.

The U.S. and Israel are expected Thursday to unveil a joint declaration cementing their close military ties and strengthening past calls to take military action to halt Iran’s nuclear program. A senior Israeli official said before Biden arrived that both countries would commit to “using all elements of their national power against the Iranian nuclear threat.” The official spoke on condition of anonymity pending the formal release of the statement.

Israeli leaders made clear as they marked Biden’s arrival that Iran’s nuclear program was the top item on their agenda.

“We will discuss the need to renew a strong global coalition that will stop the Iranian nuclear program,” said Israeli Prime Minister Yair Lapid, as he greeted the Democratic president at the airport ceremony in Tel Aviv.

Biden said he would not remove Iran’s Islamic Revolutionary Guard Corps from the U.S. list of terrorist organizations, even if that kept Iran from rejoining the Iran nuclear deal.

Sanctions on the IRGC, which has carried out regional attacks, have been a sticking point in negotiations to bring Iran back into compliance with the agreement meant to keep it from having a nuclear weapon. Iran announced last week that it has enriched uranium to 60% purity, a technical step away from weapons-grade quality.

Iran insists its program is for peaceful purposes, though United Nations experts and Western intelligence agencies say Iran had an organized military nuclear program through 2003.

Biden’s visit to Israel follows the collapse of a coalition-led government headed by Naftali Bennett. The president was greeted by Lapid, the caretaker prime minister who is hoping to hang on to power when Israelis hold their fifth election in three years this fall.

“There are those who thought with the last administration we sort of walked away from the Middle East, that we were going to create a vacuum that China and or Russia would fill, and we can’t let that happen,” he said.

But indirect talks for the U.S. to reenter the deal have stalled as Iran has made rapid gains in developing its nuclear program. That’s left the Biden administration increasingly pessimistic about resurrecting the deal, which placed significant restrictions on Iran’s nuclear program in exchange for sanctions relief.

At the airport, Israeli President Isaac Herzog thanked Biden for championing Israel during his more than 50 years in public office. He then reminded the U.S. president of the “security challenges emanating directly from Iran and its proxies, threatening Israel and its neighbors and endangering our region.”

Israelis seemed determined to underscore the imminent threat from Iran. Soon after he arrived, Biden was briefed on the country’s “Iron Dome” and new “Iron Beam” missile defense systems.

The president later visited the Yad Vashem memorial to Holocaust victims in Jerusalem.

Biden, wearing a skullcap, was invited to rekindle the eternal flame in the memorial’s Hall of Remembrance. Two Marines placed a wreath on the stone crypt containing the ashes of Holocaust victims and Biden listened as a cantor recited the remembrance prayer.

He then greeted two Holocaust survivors, kissing the women on their cheeks. His eyes welled with tears as he chatted with them.

“My mother would say ’God love you, dear,’” Biden told the women.

One of the survivors, Rena Quint, 86, later said she told Biden how her mother and brothers were killed in a death camp. Quint, who was born in Poland, said she was reunited with her father in a male slave labor factory, where she pretended to be a boy. Her father also was murdered. She later was adopted by a childless Jewish couple after she arrived in the United States in 1946.

“Did you see the president hug me?” she asked “He asked permission to kiss me and he kept on holding my hand and we were told not to touch him.”

Biden said he will emphasize in talks with Israeli and Palestinian leaders his continued support for a two-state solution to the Israeli-Palestinian conflict, but acknowledged that outcome likely wouldn’t be feasible “in the near term.”

He maintained that a two-state solution is the best way to ensure a “future of equal measure of freedom, prosperity and democracy for Israelis and Palestinians alike.” His national security adviser, Jake Sullivan, said Biden would not offer any proposals during the trip aimed at restarting talks.

The White House has also been frustrated with repeated Iran-sponsored attacks on U.S. troops based in Iraq, though the administration says the frequency of such attacks has dropped precipitously over the last two years. Tehran also backs the rebel Houthis in a bloody war with the Saudis in Yemen. A U.N.-brokered cease-fire has been in place for more than four months, a fragile peace in a war that began in 2015.

Sullivan said this week that the administration believes Russia is turning to Iran to provide it with hundreds of unmanned aerial vehicles, including weapons-capable drones, for use in its ongoing war in Ukraine. Sullivan said Wednesday that Iranians showing a willingness to assist Russia is something that should be of great concern to the Israelis, Saudis and other Gulf allies that Biden will be meeting with this week.

“We think that this is of interest, to put it mildly, to countries we will be visiting on this trip,” Sullivan said.