Biden deserves what he gets on the economy 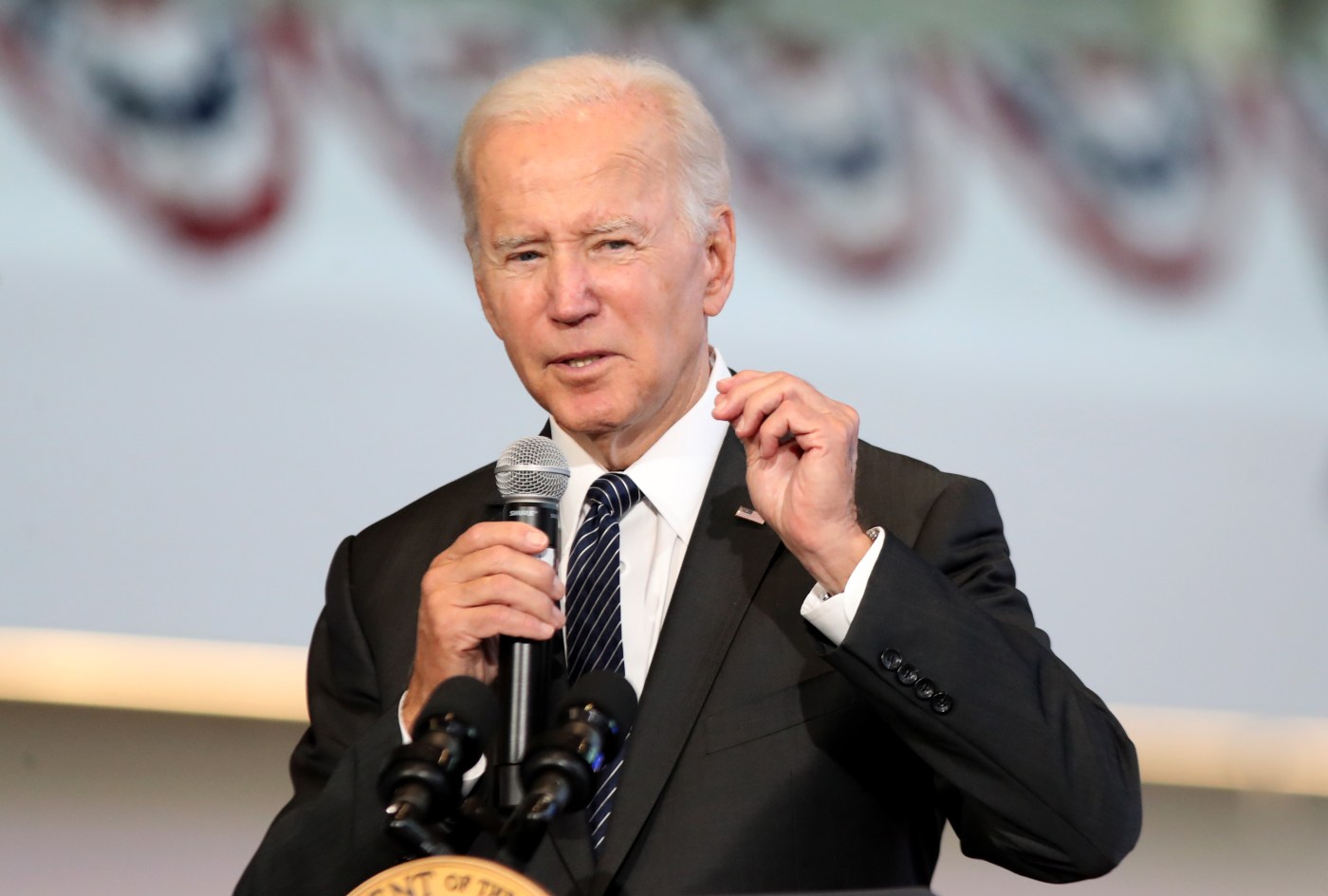 The S&P 500 is down more than 5% since Joe Biden’s inauguration, and the Dow Jones Industrial more than 4%.

The Federal Reserve is ratcheting up interest rates, raising borrowing costs across the board.

And one of the most respected bankers in the country is warning of a recession, telling a conference that “this is serious stuff.”

Yet, there was President Biden enjoying an ice cream cone in Portland, Oregon, saying that “our economy is strong as hell.”

Inflation? It doesn’t worry him, at least not if the rest of the world could get its act together.

“Inflation is worldwide,” he said. “It’s worse off than it is in the United States. So the problem is the lack of economic growth and sound policy in other countries, not so much ours.”

As polls show the economy growing in importance for the midterms — the latest New York Times poll has 44% of voters saying it’s their top concern, up from 36% in July — Biden’s overall performance on the issue matters even more, to his detriment and that of his party.

He likes to say fighting inflation is his foremost priority, but it’s hard to identify any major initiative of his that would be any different if the annual inflation rate were under 2% rather than over 8%.

He came into office promising to spend $11 trillion over the next 10 years, according to the estimate of Brian Riedl of the Manhattan Institute, and has spent as much of it as he could. When Congress wouldn’t assent, he spent hundreds of billions more by abusing his executive authority. The most significant nod he made to inflation was to call one tranche of this spending the Inflation Reduction Act, as if the name of the bill were more important than its substance.

Otherwise, Biden and his officials have relied on bad predictions, dubious math, and premature celebrations to try to get them through.

In June 2021, Treasury Secretary Janet Yellen said inflation would be elevated through the rest of the year, “maybe around 3%,” but this represented “transitory factors.”

A month later, Biden himself said inflation would be “temporary.” Of course, it was on a path to 40-year highs.
Last week, he said inflation over the last three months averaged 2% on an annual basis, a new way of counting meant to obscure that the real annual rate was 8.2%.

He similarly declared victory on gas prices, when they have been rising again, and has portrayed himself as scourge of the budget deficit despite his binge of further deficit spending.

If Biden is offering poor explanations for poor results, at the end of the day, it doesn’t matter what he says. No presidential statement can compete with declining real wages and steeply increasing food costs.

The voters seem to be working themselves up to administer what is the only appropriate reaction to such heedless mismanagemen on an essential matter affecting their daily lives, which is to make their discontent unmistakable at the polls in November.
Rich Lowry is editor in chief of National Review