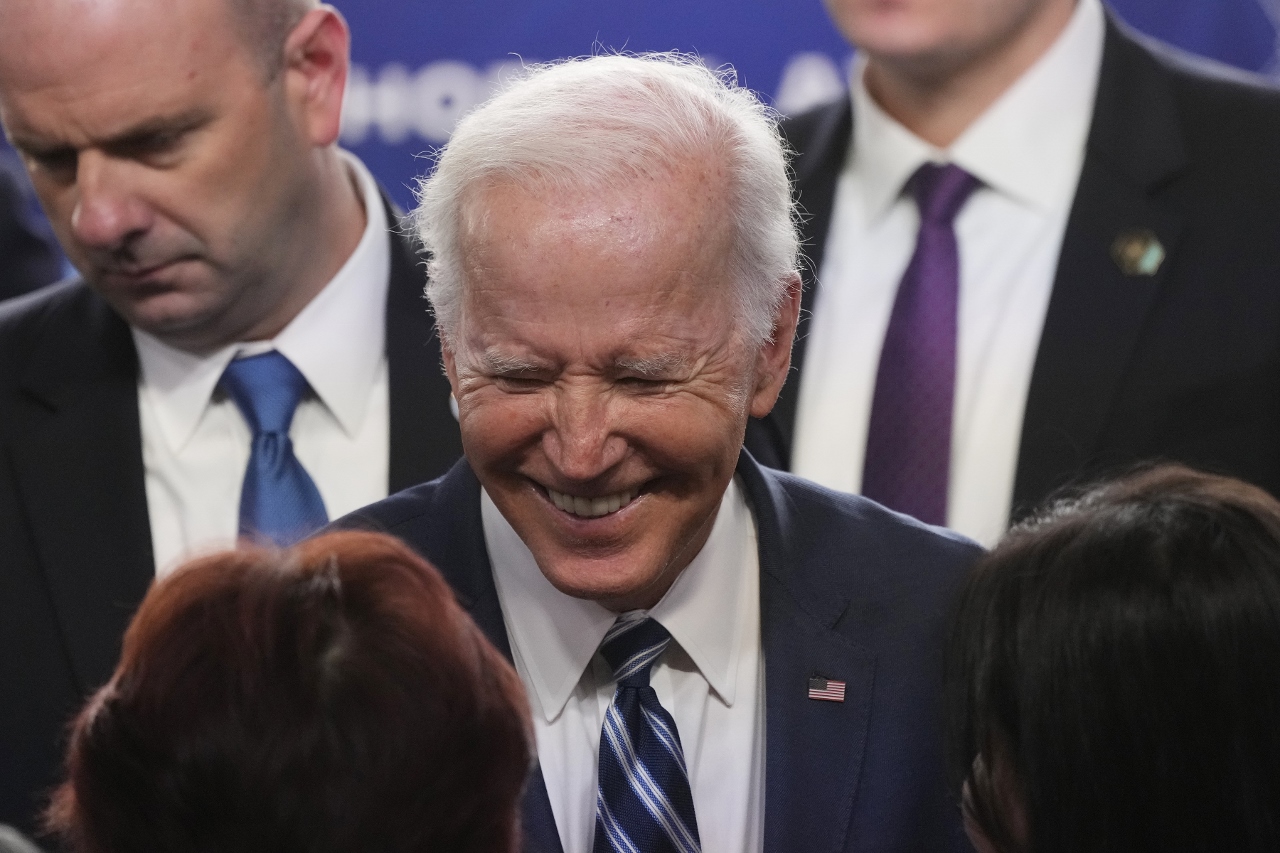 I’d avoid New Hampshire too if I were Joe Biden.

Who needs to be treated the way Granite State Democrats treated President Lyndon Johnson in 1968?

That was when a relatively unknown U.S senator came out of nowhere to shatter any plans LBJ had for re-election.

Running as an anti-Vietnam War liberal in a divided country, Sen. Eugene McCarthy of Minnesota, a one-time university professor with a shoe-string budget, exceeded all expectations when he racked up 42% of the vote.

Johnson did get 48% of the Democrat primary vote but fell far below expectations. The media award McCarthy the victory.

And weeks later LBJ, reading the mood of the country, announced that he would not run again, thereby facilitating the return of Republican Richard M. Nixon.

These are different times, of course. Back then it was the dreadful and endless Vietnam War that tore the country apart.

Now, among other things, it is runaway crime and violence, green hysteria, and vicious politics that are ripping the country apart. This includes the open southern border and the fentanyl that Joe Biden is allowing to come into the country through millions of illegal immigrants.

More young Americans die each year from China-produced fentanyl and related drugs coming across the border than the 58,200 young American soldiers killed fighting the Communists in the long Vietnam War. And Biden shrugs.

No wonder he does not want to run in a New Hampshire primary. Somewhere (dream on) there could be a young moderate and sensible Democrat willing to challenge Joe Biden and his woke followers the way McCarthy took on Lyndon Johnson.

So why take chances? Why not do away with the New Hampshire primary in the first place? He never did well there anyway.

Which is why, at Biden’s urging, the rule making panel of the Democrat National Committee recommended eliminating New Hampshire as the first Democrat primary in the 2024 election season, replacing it with more Biden friendly South Carolina.

Running for president in the 2020 New Hampshire Democrat presidential primary, Biden did so poorly that he left the state for South Carolina even before the results were announced.

Biden, in his letter to the DNC promoting his changes, said candidates (like him) were often “marginalized by the press and pundits because of poor performances in small states early in the process before voters of color cast a vote.”

Biden, in two previous presidential campaigns, did not even last long enough to get to New Hampshire.

In 1988 he was forced out of the race for president after it was revealed he had plagiarized a speech given by British Labor Party Neil Kinnock.

In 2008, running against Barack Obama and Hillary Clinton, Biden ended his campaign after getting less than 1% of the vote in the Iowa Democrat caucuses. Obama later made Biden his vice-presidential running mate.

Biden said the Iowa caucus was “inherently anti-participatory” in that it “disadvantaged hourly workers” who did not have the time or flexibility to participate.

While the changes are being made under the guise of diversity and inclusion, it is obvious that New Hampshire and Iowa were targeted   because Biden has bombed in both places.

So, if you can’t win playing by the rules, you change the rules.

While Biden, who at age 80 appears to be running again, may not be able to unify the nation,  he at least is unifying Democrats and Republicans in New Hampshire.

Republican Gov. Chris Sununu said New Hampshire will not be “dictated to by Joe Biden,” and will still hold the nation’s first p residential primary.

And New Hampshire Democrat Party Chairman Ray Buckley added “The DNC did not give New Hampshire the first-in-the-nation primary, and it is not theirs to take away,”