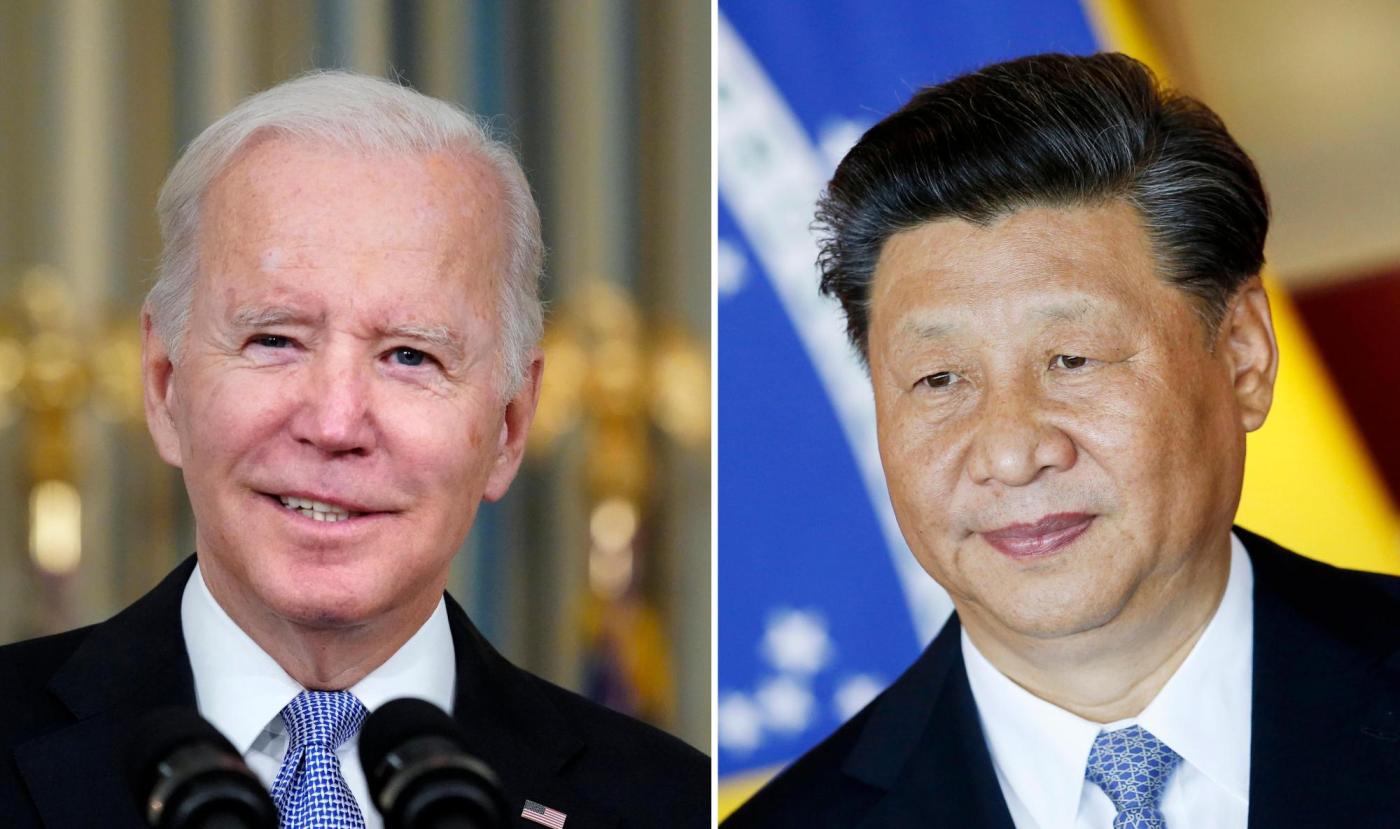 In its statement on the roughly three-hour meeting, the White House said Biden told Xi that the U.S would “continue to compete vigorously” with China, but that “competition should not veer into conflict.”

The White House said Biden and Xi also agreed that “a nuclear war should never be fought” and can’t be won, “and underscored their opposition to the use or threat of use of nuclear weapons in Ukraine.” That was a reference to Russian officials’ thinly-veiled threats to use atomic weapons as its nearly nine-month invasion of Ukraine has faltered.

NUSA DUA, Indonesia (AP) — President Joe Biden and Chinese President Xi Jinping held talks for about three hours Monday in their first in-person meeting since the U.S. president took office nearly two years ago, aiming to “manage” differences between the superpowers as they compete for global influence amid increasing economic and security tensions.

Xi and Biden greeted each other with a handshake at a luxury resort hotel in Indonesia, where they are attending the Group of 20 summit of large economies, before they sat down for formal talks. Biden was set to hold a news conference to discuss the meeting, which came in the middle of a seven-day, round-the-world trip.

Xi called on Biden to “chart the right course” and “elevate the relationship” between China and the U.S. He said he was ready for a “candid and in-depth exchange of views” with Biden.

“We have very little misunderstanding,” Biden told reporters in Cambodia on Sunday, where he participated in a gathering of southeast Asian nations before leaving for Indonesia. “We just got to figure out where the red lines are and … what are the most important things to each of us going into the next two years.”

Biden added: “His circumstance has changed, to state the obvious, at home.” The president said of his own situation: “I know I’m coming in stronger.”

White House aides have repeatedly sought to play down any notion of conflict between the two nations and have emphasized that they believe the countries can work in tandem on shared challenges such as climate change and health security.

But relations have grown more strained under successive American administrations, as economic, trade, human rights and security differences have come to the fore.

As president, Biden has repeatedly taken China to task for human rights abuses against the Uyghur people and other ethnic minorities, crackdowns on democracy activists in Hong Kong, coercive trade practices, military provocations against self-ruled Taiwan and differences over Russia’s prosecution of its war against Ukraine. Chinese officials have largely refrained from public criticism of Russia’s war, although Beijing has avoided direct support, such as supplying arms.

Taiwan has emerged as one of the most contentious issues between Washington and Beijing. Multiple times in his presidency, Biden has said the U.S. would defend the island — which China has eyed for eventual unification — in case of a Beijing-led invasion. But administration officials have stressed each time that the U.S.’s “One China” policy has not changed. That policy recognizes the government in Beijing while allowing for informal relations and defense ties with Taipei, and its posture of “strategic ambiguity” over whether it would respond militarily if the island were attacked.

Tensions flared even higher when House Speaker Nancy Pelosi, D-Calif., visited Taiwan in August, prompting China to retaliate with military drills and the firing of ballistic missiles into nearby waters.

And though the two men have held five phone or video calls during Biden’s presidency, White House officials say those encounters are no substitute for Biden being able to meet Xi in person. That task is all the more important after Xi strengthened his grip on power through the party congress, as lower-level Chinese officials have been unable or unwilling to speak for their leader.

Before the meeting, Chinese Foreign Ministry spokesperson Mao Ning had said China was committed to peaceful coexistence but would firmly defend its sovereignty, security and development interests.

“It is important that the U.S. work together with China to properly manage differences, advance mutually beneficial cooperation, avoid misunderstanding and miscalculation, and bring China-U.S. relations back to the right track of sound and steady development,” she said at a daily briefing in Beijing.

Xi has stayed close to home throughout the global COVID-19 pandemic, where he has enforced a “zero-COVID” policy with mass lockdowns that have roiled global supply chains.

He made his first trip outside China since start of the pandemic in September with a stop in Kazakhstan and then onto Uzbekistan to participate in the eight-nation Shanghai Cooperation Organization with Putin and other leaders of the Central Asian security group.

White House officials and their Chinese counterparts have spent weeks negotiating details of the meeting, which was held at Xi’s hotel with translators providing simultaneous interpretation through headsets.

The two men spoke while seated facing each other at two long tables separated by more than a dozen feet and an elaborate floral arrangement inside a cavernous and windowless conference room.

U.S. officials were eager to see how Xi approaches the Biden sit-down after consolidating his position as the unquestioned leader of the state, saying they would wait to assess whether that made him more or less likely to seek out areas of cooperation with the U.S.

Each leader was flanked by nine N-95 mask-wearing aides, and in the case of Xi, at least one official newly elevated in the recent Congress to its top leadership. U.S. officials that the interaction with top Xi aides could lead to more substantive engagements down the line.

Before meeting with Xi, Biden held talks with Indonesian President Joko Widodo, the G-20 host, to announce a range of new development initiatives for the archipelago nation, including investments in climate, security, and education.

Many of Biden’s conversations and engagements during a three-country tour — which took him to Egypt and Cambodia before he landed on the island of Bali on Sunday — were, by design, preparing him to meet Xi.

The two men have a history that dates to their service as their country’s vice president. The U.S. president often emphasizes that he knows Xi well.

Biden has tucked references to his conversations with Xi into his remarks as he traveled around the U.S. before the Nov. 8 elections, using the Chinese leader’s preference for autocratic governance to make his own case to voters for why democracy should prevail.

The president’s view was somewhat validated on the global stage, as White House aides said several world leaders approached Biden during his time in Cambodia — where he was meeting with Asian allies to reassure them of the U.S. commitment to the region in the face of China’s assertive actions — to tell him they watched the outcome of the midterm elections closely and that the results were a triumph for democracy.

Associated Press writers Josh Boak in Baltimore and Darlene Superville in Washington contributed to this report.