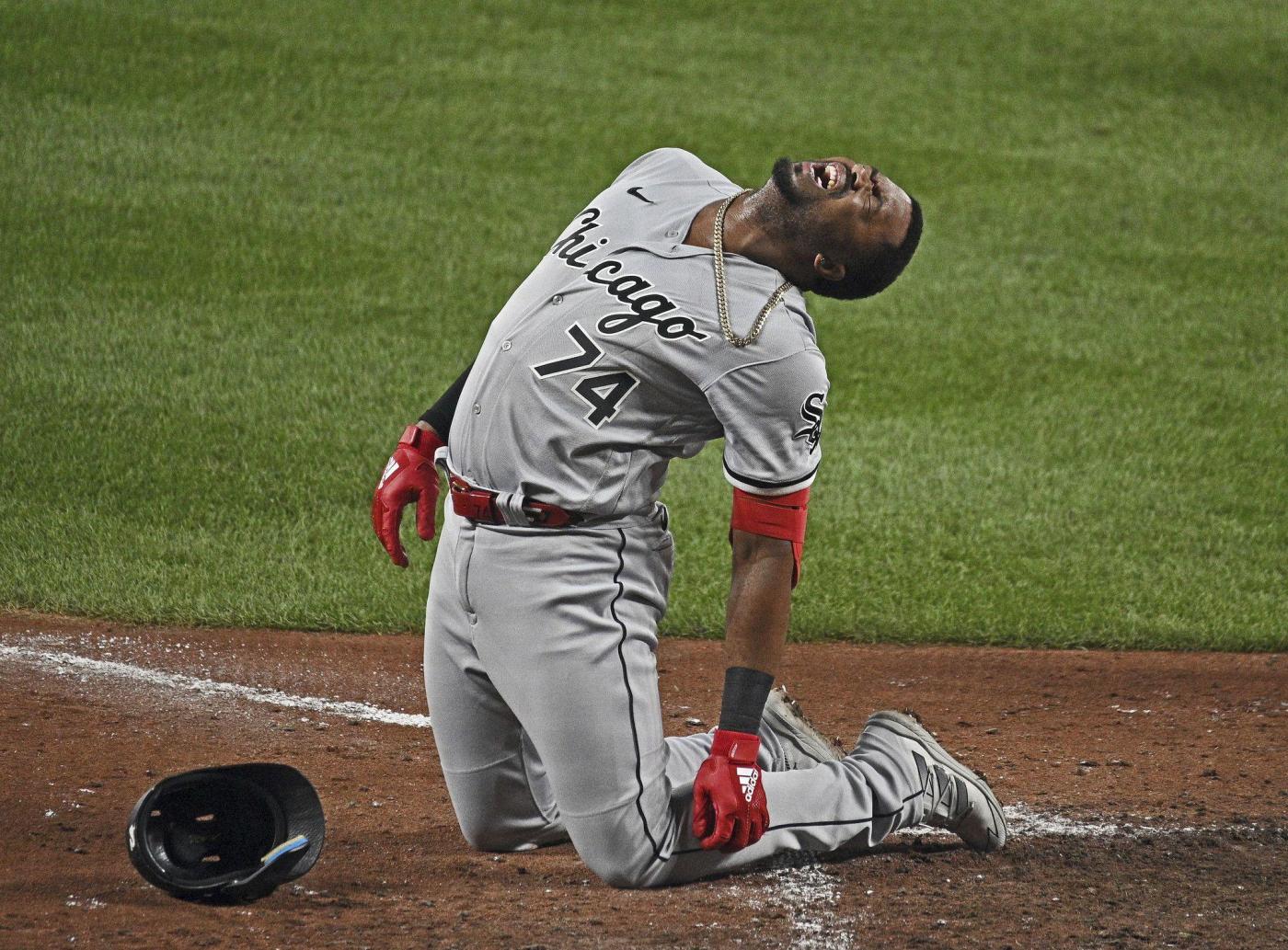 The Chicago White Sox had the right person at the plate in cleanup batter José Abreu, who leads the American League in hits.

The Baltimore Orioles had Félix Bautista, who has a 100 mph fastball, on the mound.

The bases were loaded with two outs in the eighth inning Tuesday at Camden Yards. The Sox trailed by two.

Abreu worked the count full. But Bautista won the battle, striking him out swinging on a high fastball clocked at 100.8 mph according to MLB Statcast.

The Sox had their chances but didn’t get the timely hits in a 5-3 loss to the Orioles in front of 12,954. The Sox had 11 hits but went 2-for-13 with runners in scoring position.

Big hits have eluded the Sox time and again throughout the season.

“A lot like (Monday),” manager Tony La Russa said, referring to a 6-4 loss to the Kansas City Royals in which the Sox left 11 on base. “To be fair, you can’t say our team quit. Kept producing situations. But we’ve got to finish them.

“Everybody’s frustrated. Get the guys on base like that and you can’t get them home. A lot of hits, a lot of opportunities.”

The Sox left 13 on base. They’ve followed a five-game winning streak by losing five of six.

“Every day we go out there trying to win games. That’s our mindset,” center fielder Luis Robert, who went 3-for-5 with two doubles, said through an interpreter. “It’s not just saying we want to win and the wins are going to be there. No, you have to go out there and do your job and perform.

“It’s not as easy as saying it. You have to do it on the field, and the other team is trying to win games too.”

It looked promising early for the Sox when AJ Pollock led off the game with a single and Eloy Jiménez hit a two-run homer with one out in the first.

The first two Orioles batters — Cedric Mullins and Adley Rutschman — reached on a bunt single and a walk. With one out, Ryan Mountcastle homered to center to put the Orioles ahead 3-2.

Sox starter Dylan Cease settled in after the rocky start, retiring 13 of the next 14. Rutschman was the only batter to reach during the stretch, and he was erased on a double play that ended the third.

Mullins walked leading off the sixth and advanced to second on Cease’s throwing error on a pickoff attempt. Anthony Santander drove in Mullins with a single to center.

Cease exited after that. He allowed four runs on three hits with four strikeouts and three walks in 5⅓ innings.

“It wasn’t good,” Cease said of his outing. “Poor command, didn’t get ahead of guys and didn’t pitch well. Most of the game I wasn’t very consistent.

“I would just say I didn’t have it. Every once in a while, a game like that’s going to happen. Not exactly sure why. All I can do is get back on it.”

Offensively, the Sox kept getting runners on. But they had a difficult time getting them in.

They had runners on first and second with one out in the third, but Abreu struck out and Yoán Moncada grounded out to first.

They had runners on first and second with two outs in the fourth, but Pollock grounded out to third.

Robert doubled and Jiménez walked to begin the fifth. Abreu smoked one, but it was right at second baseman Terrin Vavra. Moncada and Gavin Sheets flied out.

The Sox got a run in the seventh on a two-out, pinch-hit RBI single by Andrew Vaughn. But the Orioles answered with a two-out RBI single by Jorge Mateo against reliever Jimmy Lambert, making it 5-3.

Bautista entered in the eighth with runners on the corners and one out. He struck out Robert on a splitter.

“The first-pitch fastball I was behind,” Robert said. “And after that I was little anxious to get ready for the fastball again and then he didn’t throw it again (going with a slider and splitter). I went out trying to get a fastball.”

Bautista hit Jiménez near the left elbow with a 101.2 mph fastball. Jiménez left the game and was being examined when La Russa spoke to reporters.

The Sox later said an X-ray was negative and Jiménez is day to day with an elbow bruise.

The bases-loaded Abreu-Bautista matchup followed. It lasted six pitches, with Bautista getting the strikeout.

The Sox went down in order in the ninth as their slide continued. They were five games over .500 a week ago. Now they’re back to one game above at 62-61.

“Maybe we’re trying to do too much to help the team instead of just (letting) it come to us, but we’re not pressing as a team,” said catcher Seby Zavala, who went 2-for-3. “Maybe individually we’re trying to do a little too much at times. Definitely done that.