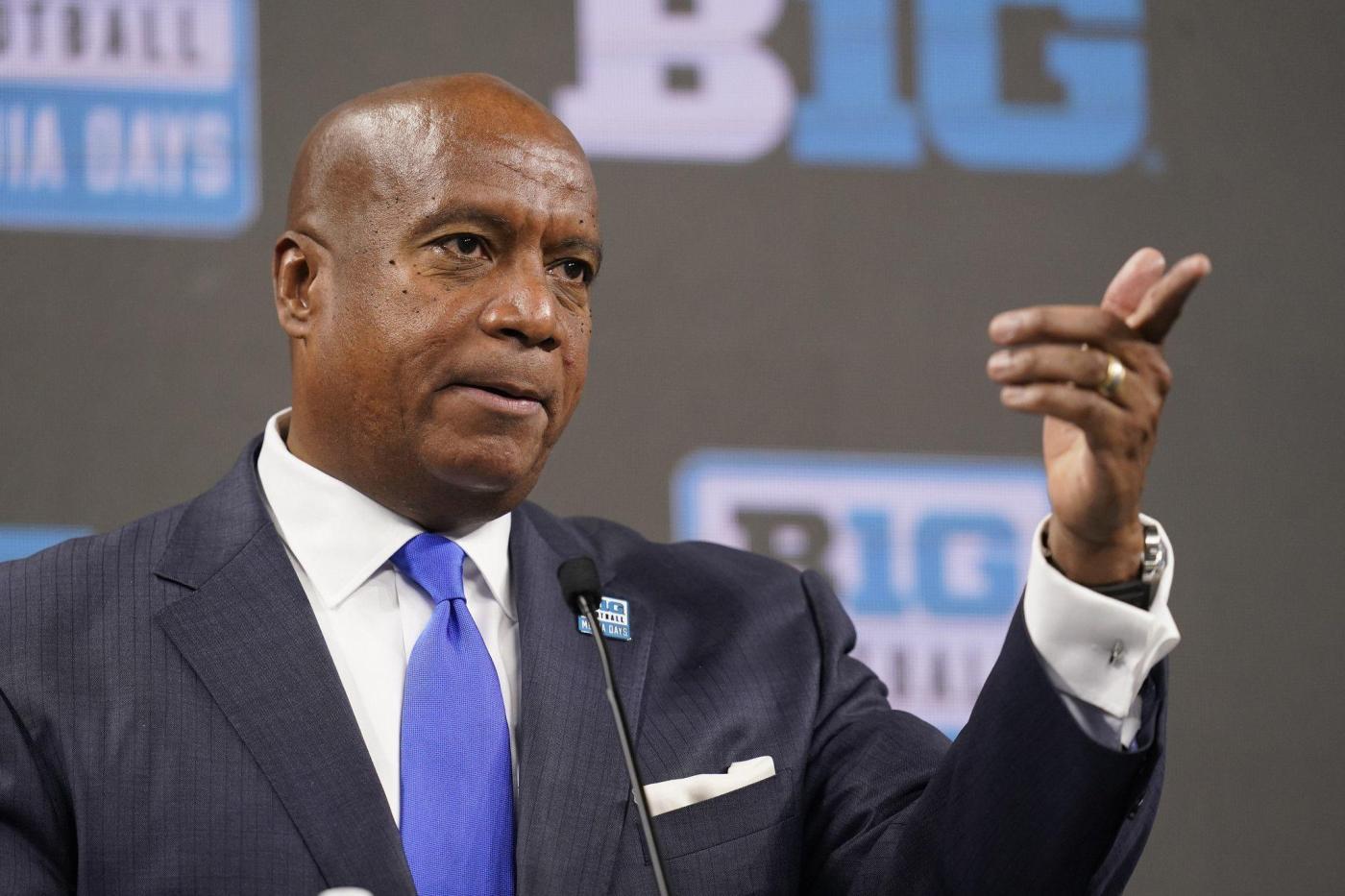 The Chicago Bears search for a new team president is progressing with Big Ten commissioner Kevin Warren emerging as one of the organization’s top candidates, according to ESPN.

That information became public Thursday, with ESPN reporting Warren is a finalist who met with the team in-person about the job.

The Bears continue searching for a successor to current team president and CEO Ted Phillips, who announced in September he would retire at the end of February. The team, however, would not confirm Warren’s candidacy or provide detail on the status of their search.

“We have not set a timeline for announcing Ted Phillips’ successor,” the Bears said in a statement Thursday. “Our search team has cast a wide net, spoke to many outstanding candidates and looks forward to introducing our next President and CEO at the process’s conclusion.”

In September, when asked by the Tribune what he would be seeking in a new team president, Bears chairman George McCaskey had a bullet-pointed list of qualities he was prioritizing.

“Leadership, vision, humility, consensus building,” McCaskey said. “You look at the qualities of outstanding leaders and we think we’re going to be able to bring in an exceptional candidate to succeed Ted and lead the Bears.”

McCaskey also noted that the franchise’s wide-net searches earlier this year for a new general manager and a new coach also provided valuable insight to help them set a new course for the organization.

“One benefit of that type of experience is you get a little intel on how other organizations work,” McCaskey said. “So that’s helpful. I’ll leave it at that.”

On Saturday, two Big Ten teams will play in the semifinals of the College Football Playoff with Michigan facing TCU in the Fiesta Bowl and Ohio State playing Georgia in the Peach Bowl. Warren, however, could soon be shifting his focus if a union with the Bears were to materialize.

Warren became Big Ten commissioner in 2020 after a 14-year stint as an executive in the Minnesota Vikings front office. He was the Vikings chief operating officer from 2015-2019 and before that served as the executive vice president of legal affairs and chief administrative officer.

He was integral in the Vikings’ efforts to build a new stadium with the team opening U.S. Bank Stadium in 2016. As the Bears pursue a potential new stadium venture in Arlington Heights, Warren’s expertise and experience in a similar process would prove valuable.

As Big Ten commissioner, Warren has helped the conference’s efforts to expand its footprint and generate revenue. In August, the Big Ten announced a landmark seven-year media rights deal with CBS, Fox and NBC that will begin in 2023 with an estimated worth of more than $1 billion per year. Warren has also aided the conference’s efforts to add UCLA and Southern Cal in 2024.

The Big Ten released a statement Thursday regarding the reported interview.

“Over the course of three decades in professional and collegiate sports, Big Ten Commissioner Kevin Warren regularly receives unique opportunities and requests for his expertise from leaders across a variety of industries ranging from professional sports ownership groups to private equity firms,” the conference said in its statement.

“The Commissioner utilizes each occurrence to listen, learn and assist every stakeholder in the most appropriate and effective manner. The Commissioner remains focused on the Big Ten Conference, its 14 member institutions and over 10,000 student-athletes in both regular season and postseason play.”

In October, one prominent NFL source highlighted Warren as a candidate who should be attractive to the Bears given his long track record in the NFL and his experience with the stadium-building process in Minneapolis.

“It would make too much sense,” the source said.

At the outset of their search for a new president, both McCaskey and Phillips stressed the Bears wouldn’t have a narrow focus in seeking candidates with only a business background, but also didn’t see a need to have a team president with established football expertise either.

Phillips has advised McCaskey to find a candidate who has proven capable of making tough decisions on a regular basis.

“That’s very important,” Phillips said. “Someone who can handle a lot of different balls in the air on a daily basis. Because every day is different. (You need) omeone who understands what it means to be a Bear. Culture here is important. If you don’t have the right fit, you can be the smartest person on earth but won’t get it done.

“(You also need) someone who’s able to deal with different personalities — from politicians to business leaders to the media. It’s not easy. So we need someone who can understand all those different dynamics.”