Todays Though > News > Big things coming for Heat’s Victor Oladipo? ‘For me, I think it’s about just living in the moment’ – Boston Herald
News

Big things coming for Heat’s Victor Oladipo? ‘For me, I think it’s about just living in the moment’ – Boston Herald 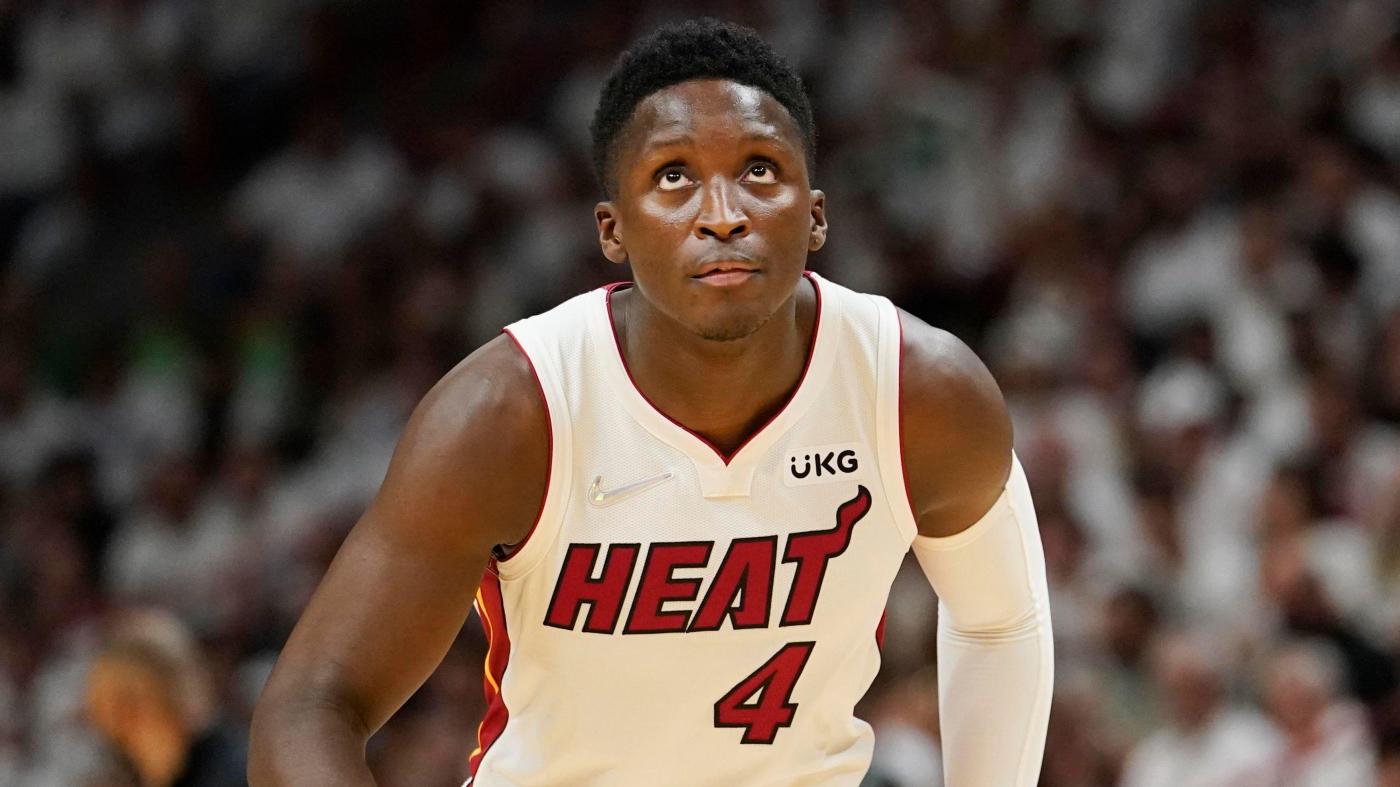 Victor Oladipo finds himself caught in the middle.

For months, the 30-year-old guard has stressed that he has emerged from the rabbit hole of injury and doubt, again feeling closer to the player who in 2018 was named third-team All-NBA and first-team All-Defensive, as well as a 2019 All-Star.

But the regained confidence also comes in a situation where to declare himself a starter and big-minutes, big-statistics contributor might come off as egoistic and selfish.

So during a private moment at the Miami Heat’s training camp at the Baha Mar resort, after working up an additional lather with drill work following practice on the makeshift courts at the facility’s convention center, Oladipo found himself taking an extended pause after the simplest of questions:

What are your goals for the season?

“I think the biggest one is . . . is, uh . . . that’s a great question,” he said, finding himself slowing down for the first time since his drenching drills.

“The few weeks prior to this,” he told the Sun Sentinel, “I was thinking about, like, ‘What are my goals, my expectations for the year?’ And I think this year I don’t have any. I know that sounds crazy. But for me, I think it’s about just living in the moment.

This time the moments come without knee or quadriceps pain, ailments that limited him to 12 regular-season appearances with the Heat since being acquired from the Houston Rockets at the March 2021 NBA trading deadline. As it is, you have to go back to 2017-18 for the last time he played at least half the regular season.

“I really don’t have any goals or expectations for myself,” he said. “For this team, it’s to win a championship, obviously. But for me, it’s to contribute. Right now, I’m just focused on doing that.

“I think that sometimes, if we get too far ahead, or look too far back, that sometimes we can be disappointed, and sometimes you can lose sight of what is in front of you. For me, I’m just trying to stay in the moment.”

After earning $21 million a year for four consecutive seasons, Oladipo was down to the $2.3 million veteran minimum last season. This summer, he re-upped for $18.2 million over two seasons, with a player option for the second season.

The signing came fully aware of his place in the team’s hierarchy under coach Erik Spoelstra, with Jimmy Butler, Bam Adebayo and Kyle Lowry the featured pieces, and with Tyler Herro the young gun poised to outlast Oladipo.

And that’s what makes the notion of season goals so complex. It’s not as if he is back with the Indiana Pacers, during his most successful years, when he was the focus, with others operating in his orbit.

“I think it’s a little bit of understanding what the dynamic of the team is, how you fit in with it, what do we need, what I can do to help?” he said, returning to the question of 2022-23 goals. “And then, at the same time, trusting the coaching staff and Coach Spo to put me in the best possible position to help this team and be successful.

“That’s why you can’t really set your own expectations. You just really got to play every day like it’s your last. And that’s what I’m focused on doing.”

For now, it’s as simple as seeing is believing for Spoelstra.

“It’s been fun to see him out here,” Spoelstra said, before giving his team Sunday off. “I know he’s really grateful to be able to participate [from] the very first day. And he’s put in the work. This offseason was really productive for him.

“You’re seeing that burst that we knew so well from playing against him for all those years. He’s been able to get to that gear quite often.”