Todays Though > News > Bill Belichick chalks up Patriots’ loss at Green Bay to Aaron Rodgers: ‘Too smart, too good’
News

Bill Belichick chalks up Patriots’ loss at Green Bay to Aaron Rodgers: ‘Too smart, too good’ 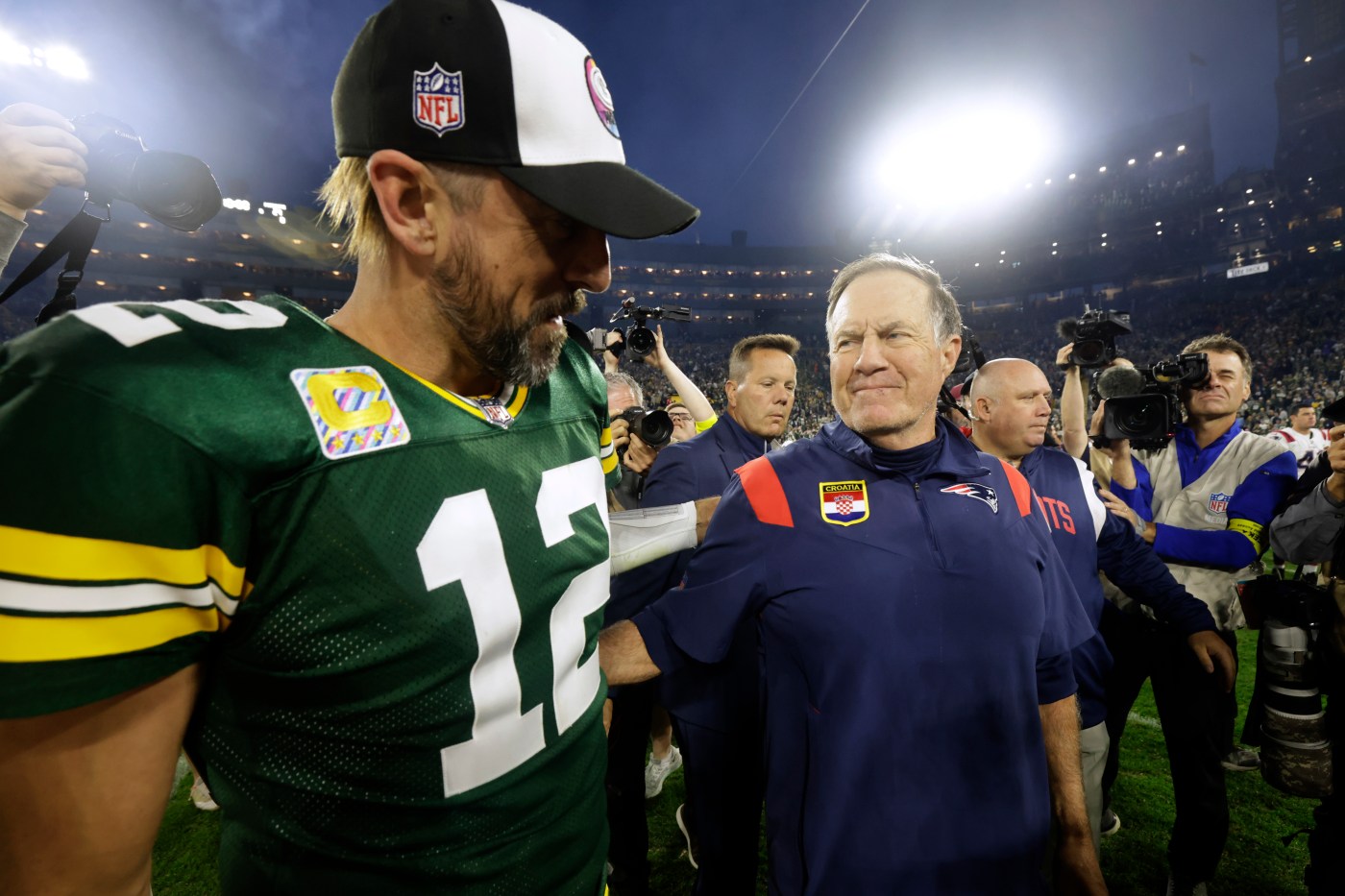 Belichick and Rodgers had already shared a brief conversation pregame but embraced again for several moments after Green Bay clinched its 27-24 win. Asked about their chats after the game, Rodgers wouldn’t divulge any details to reporters (a concrete rule for anyone who shares private chats with Belichick).

But in his own press conference, Belichick needed no prompting to talk about Rodgers. In his opening statement, Belichick credited the Packers’ victory to the future Hall of Famer, who overcame a horrendous first half to knock out the Pats.

“Well, I’d say in the end, Rodgers is just too good,” Belichick began. “He made some throws that only Rodgers can make. We had pretty good coverage on some of those, and he’s just too smart, too good, too accurate. And in the end, he got us. We couldn’t quite do enough in the other areas to quite offset it.”

Rodgers finished 21-of-35 for 251 yards, two touchdowns and an interception Sunday. Three of his seven first-half drives ended in punts, two with turnovers, plus a touchdown and time expiring on the second quarter. But after intermission, Rodgers was back to his old self, scoring three straight times with a field goal and touchdown passes to tight end Robert Tonyan and rookie receiver Romeo Doubs.

Eventually, tied late in the fourth quarter, the Patriots mustered some defensive resistance. But they needed a little luck to keep Rodgers off the scoreboard, after he lobbed a pinpoint 40-yard throw on third down for Doubs, who lost possession as he rolled in the end zone. Instead of scoring, Green Bay punted.

But had Doubs secured the catch with 2:02 remaining, the Packers likely don’t need overtime to beat Bailey Zappe and Co. Of course they did, as Rodgers followed a Patriots three-and-out in overtime by commanding a 12-play march where he hit Doubs twice, found Allen Lazard for 22 yards and Randall Cobb on third down with an 11-yard strike.

“In the end, Aaron, he just, you know, he got us on too many things that I thought we did a pretty good job on,” Belichick said. “But it was just enough for him to take advantage of them or just make a couple of great throws that we couldn’t quite cover.”

Mid-week, Rodgers called Belichick a living legend and the greatest coach of all time. After beating Belichick’s defense Sunday, he didn’t back off that praise.

“He’s a legend,” Rodgers said. “And he deserves all the credit that he gets.”