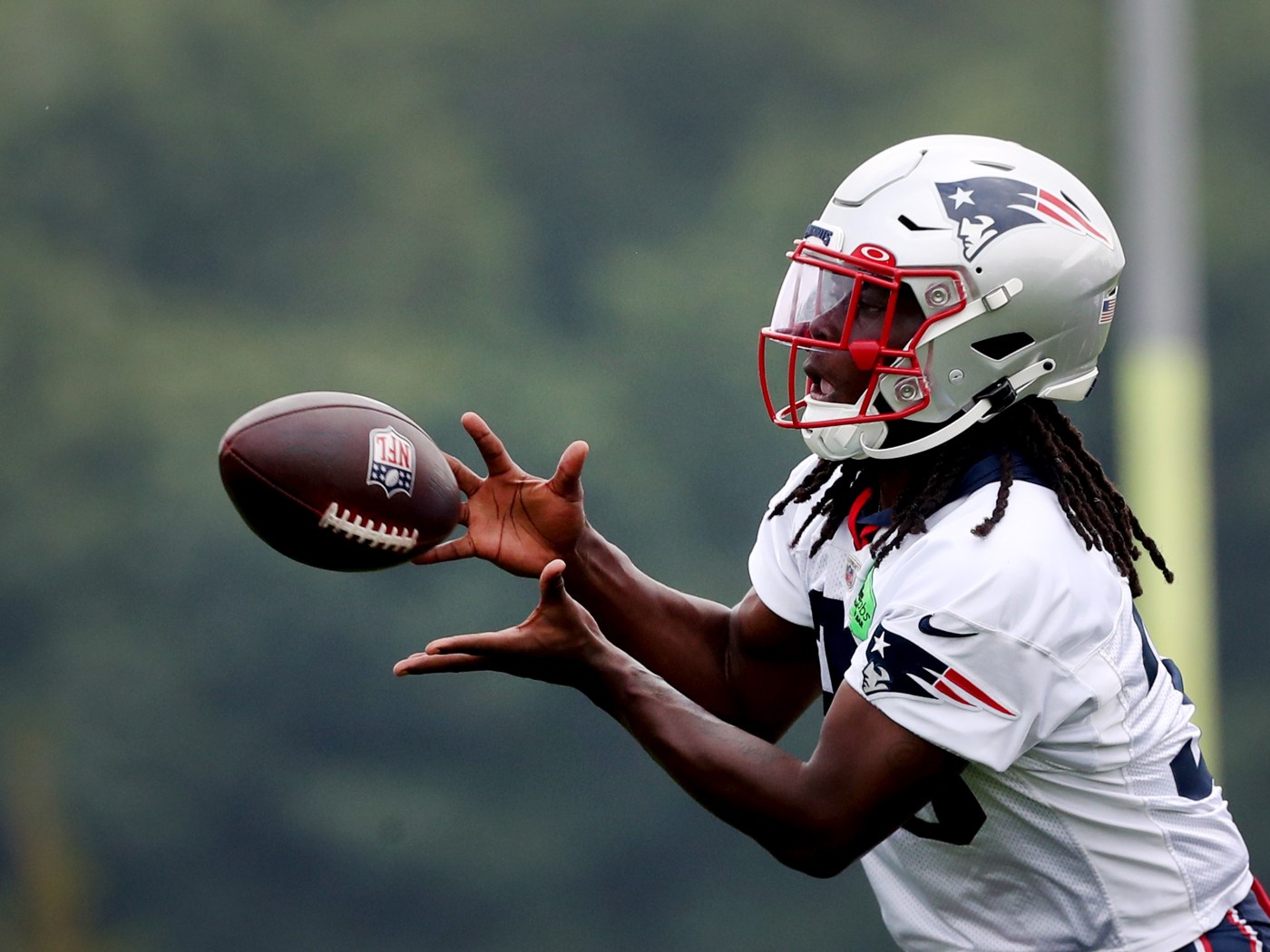 FOXBORO – Rhamondre Stevenson must be doing something right. And listening to Bill Belichick on Tuesday, it’s not just when it comes to running the football.

Belichick was full of praise for his second-year back, but most notable was his description of Stevenson as a pass-catcher.

With three-time Super Bowl winning third-down back James White now retired, was Belichick possibly hinting at Stevenson filling the role? Or perhaps sharing it with multi-purpose back Ty Montgomery, who has also seen plenty of time in that spot.

“He has done a really good job improving his pass-game skills, starting with blitz pick-up and protection,” Belichick said with regard to Stevenson, essentially describing the skillset of a typical third down back. “His route-running . . . . He has good hands and catching the ball has never been an issue. Setting up defenders. Recognizing coverages. When to sit down, when to break, and depending on what the pattern is, how to maximize the distribution on the pattern.”

Along with his improved skills in blitz pickup and the passing game, Stevenson figures to improve on a stellar rookie season which saw him rush for 606 yards (4.6 average) with five touchdowns.