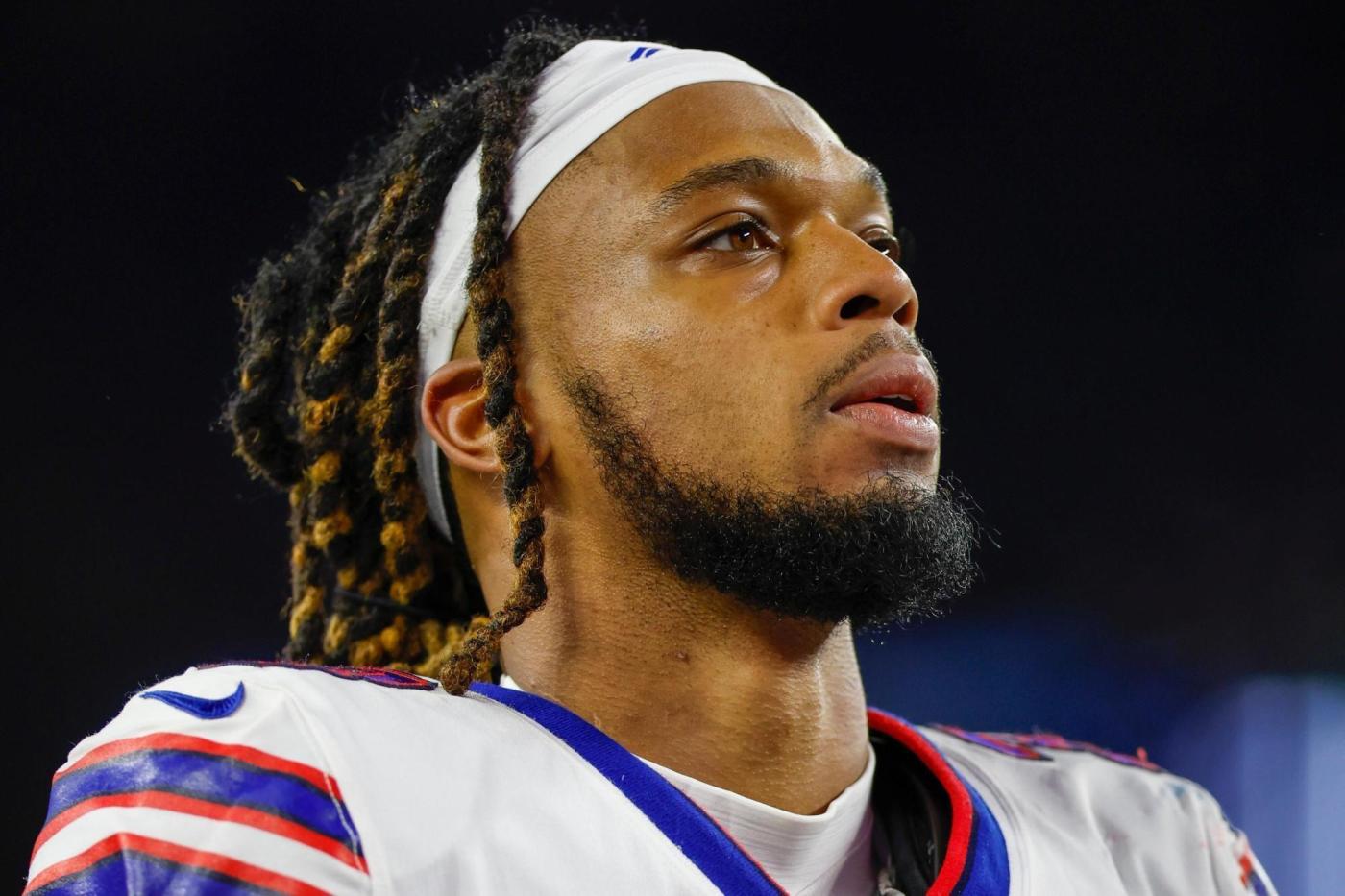 Damar Hamlin took to social media to thank the world for their thoughts and prayers. The 24-year-old remains in critical condition at University of Cincinnati Medical Center.

“Putting love into the world comes back 3xs as much… thankful for everyone who has reached out and prayed. This will make me stronger on the road to recovery, keep praying for me!”

In providing their daily update on Hamlin, the Bills said the player continues to breathe on his own but remains in critical condition at the University of Cincinnati Medical Center. Hamlin took a major step forward in his recovery on Friday when he was taken off a ventilator and showed an ability to speak.

Hamlin’s neurological function was described as “excellent” by doctors on Saturday. The second-year safety had to be resuscitated on the field after tackling Bengals’ wide receiver Tee Higgins. Hamlin, out of Pitt, received CPR on the field for nearly nine minutes.

The game against the Bengals on Monday Night Football was postponed with 5:58 remaining in the first quarter. The NFL announced that the game will not resume.

Players and teams across the league are showing support for the safety in various ways. Hamlin’s No. 3 was painted on the 30-yard line and pregame shirts read “Love for Damar 3.” The Bills will face off against the Patriots on Sunday wearing No. 3 patches in their first action since the on-field tragedy.

The Bills are planning to pay tribute to Hamlin and the first-responders and medical staff who treated the player when they close the season Sunday by hosting the New England Patriots.

On Saturday, the Steelers paid tribute to Hamlin, who is from the Pittsburgh area, by delivering toys, books and teaching supplies to Kelly & Nina’s Daycare, where the player hosts an annual toy drive. Fans, players and team owners have also made donations to Hamlin’s Chasing M’s Foundation, which has raised just more than $8.2 million by Saturday afternoon.