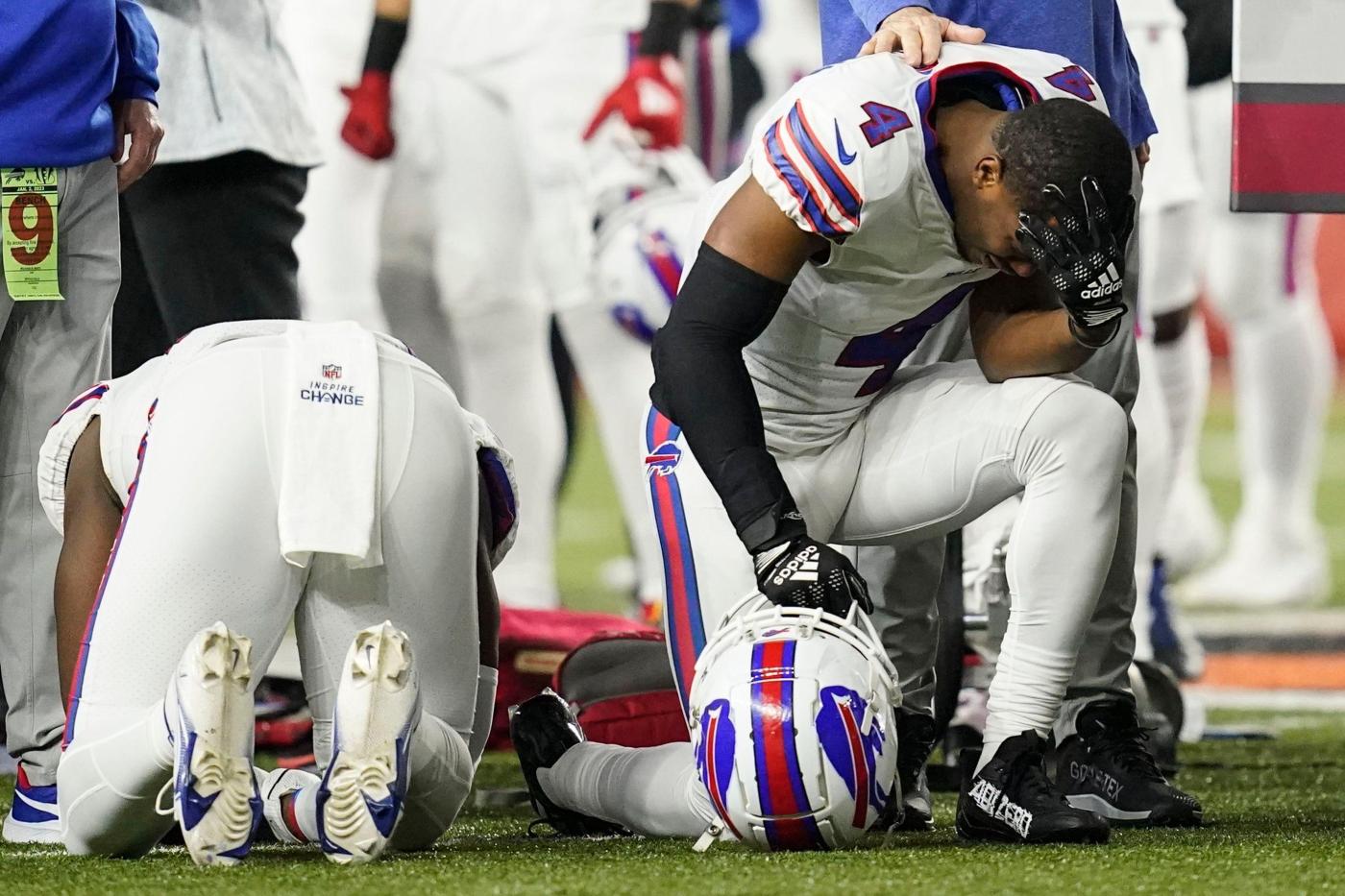 “Damar Hamlin spent last night in the intensive care unit and remains there today in critical condition at the University of Cincinnati Medical Center,” the Bills said in a statement posted on Twitter.

The Bills said the 24-year-old safety, who went into cardiac arrest following a first-quarter hit during the primetime Monday Night Football game against the Cincinnati Bengals, had his heartbeat restored on the field before he was transferred to the hospital.

“We are grateful and thankful for the outpouring of support we have received thus far,” the team statement added.

The horrifying scene that played out late in the first quarter at Cincinnati’s Paycor Stadium — where players and coaches were in tears on the field surrounding Hamlin as he received CPR — eventually led to the postponement of the game.

Hamlin, the second-year player out of Pitt, collapsed after tackling Bengals receiver Tee Higgins on a 13-yard gain in the first quarter. He stood up after making the tackle before falling back to the ground.

“My prayers and thoughts go out to @HamlinIsland [and] the Hamlin Family,” Higgins tweeted shortly after midnight Tuesday. “I’m praying that you pull through bro. Love.”

Hamlin’s family put out a statement earlier in the day and expressed “our sincere gratitude for the love and support shown to Damar during this challenging time. We are deeply moved by the prayers, kind words and donations from fans around the country.”

The family also thanked the first responders and the staff at the University of Cincinnati Medical Center for their “exceptional care to Damar.”

“Please keep Damar in your prayers. We will release updates as soon as we have them.”

The NFL said in a statement that the league remains in regular contact with Hamlin’s medical team.

The league also announced Tuesday afternoon that the Bills-Bengals game will not be resumed this week and that the league has not made any changes to its Week 18 schedule.

“The NFL has made no decision regarding possible resumption of the game at the later date,” the statement said.

The two teams remain in the hunt for the No. 1 seed in the AFC. This week is the final week of the NFL’s regular season and the playoffs are scheduled to being on Jan. 14.

“First and foremost, the Bengals continue to send thoughts and prayers to Damar Hamlin and his family,” the team said in a statement on Tuesday morning. “Our hearts are with everyone during this unprecedented time — what we can do is support one another.”

NFL commissioner Roger Goodell told all teams in a memo that mental health and other support resources would be available to players and staff, per the Associated Press.

Hamlin, who grew up near Pittsburgh, was a sixth-round draft pick by the Bills in the 2021 NFL Draft after his collegiate career at hometown Pitt. After playing in 14 games as a rookie, Hamlin emerged as a starter this season. Going into Monday night’s game he had 91 combined tackles, 1 1/2 sacks and six tackles for loss.